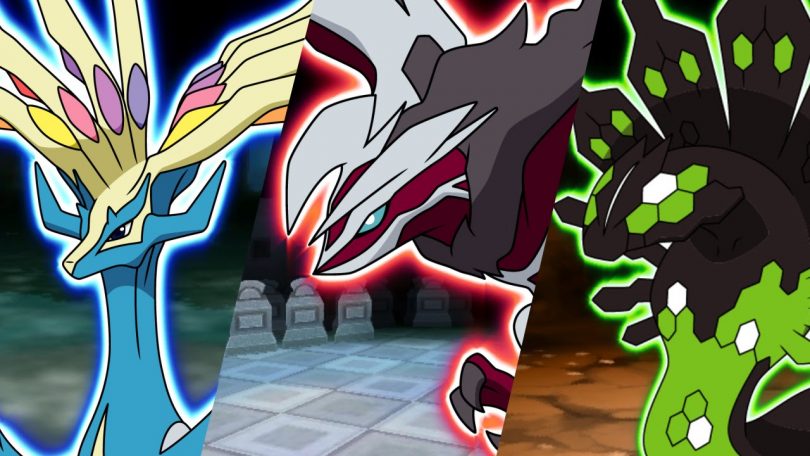 Bonjour, mes amis. Welcome to the Kalos region, the setting for the sixth generation of Pokémon. Pokémon X and Y are best known for the introductions of Fairy-types and Mega Evolutions. Kalos is based on northern France, incorporating French history, folklore, and culture into the star-shaped region. We shall be touring Kalos, exploring its inspiration from Europe’s most beautiful country. As always, the information here primarily comes from Bulbapedia. Kalos’ name is based on the Greek word κάλλος, which means “beauty”. The sixth generation games have the central themes of beauty, evolution, and bonds, which are all explored positively and negatively.

The games’ backstory revolves around the Pokémon equivalent of the French Revolution. A great war occurred where Pokémon were used as tools. It ended when AZ, the last king of Kalos, crafted an ultimate weapon to resurrect his deceased Floette. The weapon rendered AZ immortal, and destroyed both warring factions. Disgusted, Floette abandoned him, and AZ wandered the world. Both Floette and the weapon are inspired by flowers, a common icon of beauty.

The fleur-de-lis is a symbolic flower-esque design associated with French heraldry. This can relate beauty to the French aristocracy and elitism. AZ wished to revive his own sense of beauty (i.e. Floette) using a weapon inspired by a flower in bloom. This may reference the power that the French monarchy and aristocracy once had prior to the French Revolution and Reign of Terror.

This is reflected in the evil Team Flare, a group of fashionable aristocrats, who seek to create a world of beauty that they rule. Their leader, Lysandre, is the last descendant of an aristocratic bloodline, desiring for Kalos to be controlled by an elite society of the rich and beautiful. His Japanese name is literally “Fleur-de-lis”, a nod to his position as a power-hungry elitist. He wants to use the ultimate weapon to accomplish his goals, eliminating the lower classes, and render himself immortal.

In contrast, Diantha, the Kalos Pokémon League Champion, believes true beauty is found in compassion and morality. She bares a striking resemblance to actress Audrey Hepburn, a popular icon in France.

The legendary Pokémon of Kalos are known as the Aura Trio: Xerneas, Yveltal, and Zygarde. Xerneas and Yveltal go through a life cycle of rebirth, Xerneas giving life, whilst Yveltal steals life. Both will then go into hibernation for a thousand years. Zygarde monitors the life cycle and will rise if the natural order is disrupted. Zygarde has many forms, known as Cores and Cells. Depending on the game, Team Flare use either Xerneas or Yveltal to power the ultimate weapon.

All three draw inspiration from European and Norse mythology. Xerneas may be based on numerous mythological stags and deer. These including Eikþyrnir, a Norse stag that stands upon Valhalla and can bring life to the world; and the four stags of Yggdrasil, Dáinn, Dvalinn, Duneyrr and Duraþrór, that eat the World Tree’s branches. It may also be inspired by the mythological concept of the white stag, or the Horned God.

Yveltal is a large bird, possibly inspired by Hræsvelgr, a Norse jötunn that appears as a giant eagle and sits at the end of the world. Another inspiration is Veðrfölnir, a hawk that sits between the eyes of an unnamed eagle, perched atop of Yggdrasil.

Zygarde has three forms, potentially based on the three children of Loki. It’s “10% Forme”, a chained canine, is likely based on Fenrir, the giant wolf that will bring about Ragnarok. Its default, serpentine “50% Forme” is based on either Jörmungandr, the World Serpent, or Níðhöggr, a dragon that gnaws on Yggdrasil’s roots. Its “Complete Forme” may be based on Hel, the ruler of Norse realm of the dead.

Our journey across Kalos begins in Vaniville Town, borrowing architecture from Moulins, possibly from Maison Mantin. Next door is Aquacorde Town, which is based on Nevers, particularly for its distinct river bridge. Santalune City and the neighbouring Santalune Forest are based on the commune of Fontainebleau.

The capital of Kalos is Lumiose City, based on Paris itself. A perfectly circled metropolis, Lumiose is filled with many cafés, shops, and restaurants. In the centre in Prism Tower, home of the city gym, based on the Eiffel Tower. The Lumiose Museum is inspired by the Louvre, the most famous art gallery in the world.

Camphrier Town, based on Blois, is home to the Shabboneau Castle, once owned by a noble family who habitually gave all of their possessions away. This references Château de Blois, which fell into a state of disrepair around the time of the French Revolution. The Battle Chateau, based on the Château de Chenonceau, is a central point for Pokémon trainers. The ranks in the chateau are based on the noble titles found in European countries (e.g. barons, baronesses, etc.) On the other hand, the Japanese ranks are named after various alcoholic beverages. Well, Kalos is based on France.

Down a lovely, riverside path lies Parfum Palace, based on the Palace of Versailles, which has some fantastic gardens. The opulent royal palace was built by Louis XIII as a hunting lodge. Versailles’ grandeur has a heavy upkeep, referenced in-game with the preposterously high entrance fee.

Ambrette Town is a coastal location based on La Rochelle, the only deep water port on the French Atlantic coast. The Glittering Cave is geographically based on the Villars Cave, renowned for its preserved cave paintings, though it takes inspiration from the Catacombs of Paris. The Reflection Cave is based on the La Roche-aux-Fées (“The Fairies’ Rock”), said to have been raised by fairies. The fictional caves features reflective surfaces, inspired by the concept of a fairy mirror.

Speaking of unusual rocks, Geosenge Town and Menhir Trail are based on Carnac, known for its standing stones. The megalithic stones are believed to have been in the area since 4500 BCE. In the games, Geosenge is the location of the ultimate weapon, and the stones are the graves of hundreds of Pokémon killed in Kalos’ war. There are numerous myths related to the Carnac stones, said to be petrified pagan soldiers or a Roman legion.

Shalour City is based on Saint-Malo, featuring the Tower of Mastery, which is in turn based on Mont Saint-Michel, a tidal island known for its monastery and fortified defences. Across the Azure Bay lies Sea Spirit’s Den, which is based on Guernsey of the Channel Islands, a part of the British Commonwealth.

Coumarine City is based on Le Havre, northern France’s largest port. Close by is the Kalos Power Plant, inspired by the Crucey Solar Park, a solar farm that was built in Chartres.

Laverre City is based around a 1500 year old tree, that is home to the city’s gym. Bulbapedia claims it is based on both the cities of Amiens and Lille. Jules Verne lived in Amiens for several years, which appears to be referenced in a character called the Storyteller. Lille is France’s industrial centre, though this might be reference in Laverre’s fashion culture. The giant tree may reference the Hortillonages, manmade gardens on small canal islands located in Amiens.

Dendemille Town is based on Charleville-Mézières, a city originally two communities split by the Meuse, until a suspension bridge was built to connect them. This is somewhat referenced by the presence of two bridges crossing Dendemille’s river.

The Frost Cavern is based on Mont Blanc, the highest mountain in the Alps. Anistar City stands in for Strasbourg, depicted as a city home to many psychics. The enormous, crystalline sundial may be a reference to Strasbourg Cathedral’s famous astronomical clock.

Couriway Town may be based Molsheim, using timber framing in its architecture that is commonly found in the Alsace region of France. The anime expands on this, referencing the town Colmar, a well-preserved old town, which influenced the art design for Howl’s Moving Castle.

The Pokémon Village, a secluded woodland where wild Pokémon hide away from humans, may be based on the Jura Mountains Regional Natural Park.

Finally, the Kalos Pokémon League takes reference from Notre Dame, Paris’ most famous cathedral. Its gothic spires and design add a sense of grandeur to the league, and is a fitting inspiration for the endpoint for our journey through French-inspired Kalos.

In our next article, we shall be heading to more tropical shores, saying aloha to Alola, the setting for Pokémon Sun and Moon. What are your favourite locations in Kalos? Leave a comment below, or on our Twitter feed!