Home » Ed Asner: A Legacy of Television and Comic Books 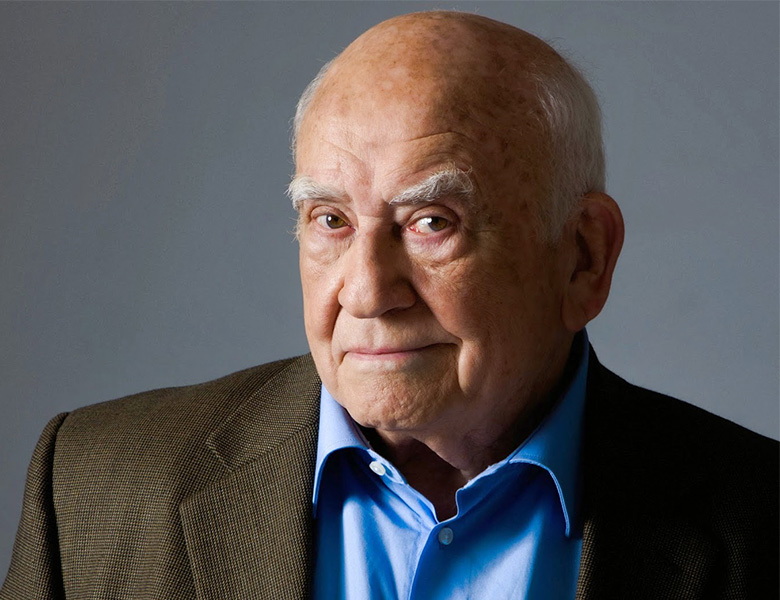 If there was ever an actor who personified the curmudgeonly old man, it had to be Ed Asner, who sadly passed away at the superb age of 92. Though somewhat typecast in roles of cranky old men, Asner had seventy years worth of acting under his belt, playing many memorable role in television, film, and animation. Best known for his roles as Lou Grant; the crusty newsman from The Mary Tyler Moor Show, Ed Asner has had a prominent relationship with comic books and superheroes.

Asner and his son Matthew had an affinity for comic books. Together, through fundraising, Matthew and his wife Navah Paskowitz founded the Ed Asner Family Centre in 2017. The centre provides artistic opportunities and support groups to children with special needs. This was achieved through an auction of comic artwork, with contributions from 68 famous comic book artists, including Sam Kieth (The Maxx), Alex Ross (Kingdom Come), and Bill Sienkiewicz (Elektra: Assassin).

Politically active, Ed Asner was a member of the Comic Book Legal Defense Fund, a free speech organization committed to protecting comic book creators from prosecutions based on their content. Asner also served as president of the Screen Actors Guild for two terms.

His big break in acting was in The Mary Tyler Moore Show, as the newsman Lou Grant. Primarily a comical role, it eventually evolved into a more serious performance in the show’s spin-off of the same name. He left quite the mark on animated series based on comic books. Additionally, his most iconic vocal performance is probably as Carl Fredericks in Pixar’s tearjerker Up. Then reprising his role in Dug Days, a Disney Plus spin-off, which will be his final television credit.

He played several notable roles in superhero series. He was Roland Daggett in Batman: The Animated Series, an unblemished mobster responsible for the creation of Clayface. In the episode “Appointment in Crime Alley”, Daggett gets off free from his crimes, even from Batman’s righteousness. Ed Asner could play cruel, as well as creepy villains; as seen via Granny Goodness, a particularly unsettling role for the performer. Asner played Darkseid’s minion in both Superman: The Animated Series and Justice League. Asner was able to bring a sense of delightful terror to such a character.

Perhaps in a spiritual nod to Lou Grant, Asner would play the two greatest news reporters in comic book history. Firstly, he played Perry White in All-Star Superman; based on a comic book depicting Superman’s alien side, which White critiques with concern and credit.

After J.K. Simmons, Asner gives the most well known performance as J. Jonah Jameson. Spider-Man: The Animated Series portrayed the cigar-chomping, cantankerous Daily Bugle editor with an extra layer of humanity. Rather than following a smear campaign against Spider-Man for the sake of printing papers, Jameson has an actual reason to distrust the web-head. It is explained early on that after he published a news story exposing a criminal, Jameson’s wife was murdered by a masked assailant. This creates a more personal, slow-burning resentment towards Spider-Man, producing a unique relationship between the characters. His role as Jameson earned Asner a nomination for a Daytime Emmy Award in 1996.

Asner would make several other appearance in later Spider-Man cartoons. He played Officer Barr in Spider-Man: The New Animated Series, and even Uncle Ben in the sadly short-lived Spectacular Spider-Man.

Other notable roles in voice acting include Hudson, the grouchy elder gargoyle in, well, Gargoyles; Jabba the Hutt in the radio version of Star Wars; Hoggish Greedly in Captain Planet; Napoleon, a talking cat in W.I.T.C.H.; and the unenthusiastic cop Sergeant Mike Cosgrove in Freakazoid.