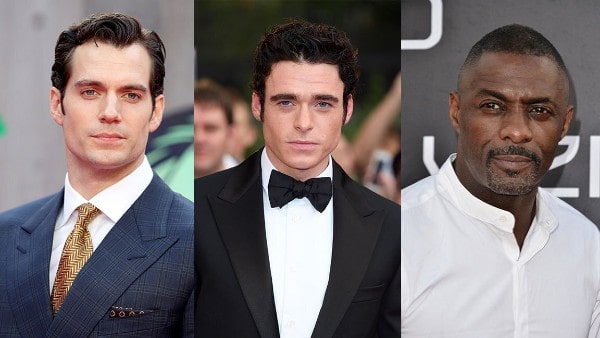 James Bond is undoubtedly one of the most alluring characters and roles in all of film, and at some moment in time, everyone dreams of playing the role of the charismatic MI6 spy. But the role of James Bond is not as easy as putting on a tuxedo and memorizing the complex order of a martini shaken not stirred. No, James Bond is a character that requires an impressive talent and range in order to pull off. Proven by the very impressive list of actors who donned the tuxedo and promoted watches, actors such as Sean Connery, Roger Moore, Daniel Craig, Pierce Brosnan, and more.

The talent of actors who have played James Bond have set an impressive and ambitious precedent for any successors who may follow. However, there are a few names out there in the industry who cannot only do the character justice, but add something new to it, just like every previous actor did. We are looking at the top 5 actors who could take on the role of the famous spy (overlooking the contradiction in that sentence of course).

This is the most obvious choice. The Academy Award nominee has proven himself to be one of the best actors of this generation. A chameleon who can transform himself from a menacing villain with a peculiar voice, or a lying immoral hunter in the 1800’s, or many of the other various masks he had put on. There is no ceiling for Tom Hardy and what he can do in front of a camera.

Charisma certainly doesn’t evade Tom Hardy, but he harbors other traits that would make him the perfect 007. Tom Hardy has gone through extreme body transformations for movies like The Dark Knight Rises, Warrior, Mad Max: Fury Road and others. Tom Hardy has also proven his ability to perform thrilling and difficult stunts.

Whether he’s hunting monsters in a world of fantasy, growing a glorious mustache and fighting Tom Cruise, or destroying Metropolis While defeating Zod. Henry Cavill made a name for himself in the world of action movies, a name that fills theaters worldwide.

But what impresses me the most about him is not his physique and ability to perform stunts, but his ability to give some of those shallow characters depth and honesty to them. Yes, the director directs the actors, but it is on the actors to convey the character the way it is intended. And Henry Cavill has proven he could do that superbly.

What can one say about Christian Bale that hasn’t been said? A vigilante, a car racer, a magician, a vice president of the United States. Christian Bale can play any role given to him, and play it as good as anyone if not better. The Academy Award winner is one of the best I have ever seen on the big screen.

An actor capable of going through extreme physical transformation, proven by the unfathomable transformation between his roles in the The Machinist and Batman Begins. Christian Bale is capable of altering his physical appearance to fit any role he plays.

Adding to the equation his extraordinary acting ability, Idris Elba might be the perfect choice to play James Bond.

Assuming the next 007 movie comes out in 2024, Elba would be 52 years old in the first movie only. His age might become an obstacle down the line if the movies contain the same amount of action and span over 10 like we have seen in the last 5 Bond movies.

Following Daniel Craig as James Bond is a big ask for any actor, as Craig has certainly left his mark on the Bond franchise. However, as he has moved on from the franchise, we have to move on from Daniel Craig as James Bond. Keeping in mind when Daniel Craig was cast, there was a significant amount of pessimism and doubt. But Daniel proved to be not just a formidable James Bond, but a terrific one. Craig ended up being the favorite 007 for many fans out there, cementing an already great legacy.

We don’t have any information regarding the next James Bond movies; waiting is all we can do. There is a plethora of options and actors who could play the role of James Bond. If the producers, somehow, make a wrong decision, it would be truly unforgivable.

Have you seen the new Bond film No Time to Die yet? Check out or review of it and see if our highlights match up with yours!

Who do you think should be the next James Bond? Any other actors we should have included or swapped? Who was your favorite Bond? Let us know in the comments below on our Twitter and Facebook!