Home » “Thor: Love And Thunder”: Predictions And What We Know So Far 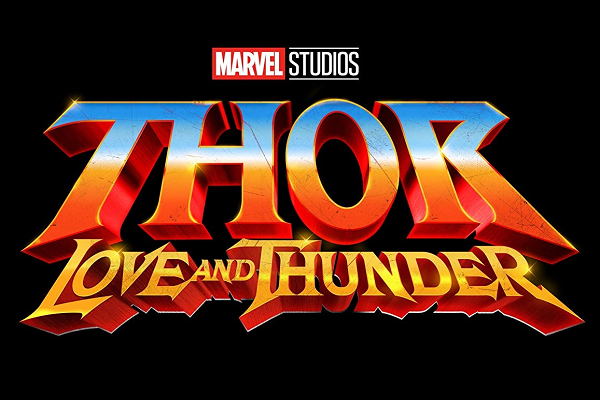 So let’s get something straight really quick. Thor: Ragnarok is one of the best, if not the best Marvel movie to date. I won’t take any arguments on that. I honestly wasn’t expecting the Thor series to get a fourth installment – it seems to be the only movie getting this treatment right now from the main Avengers cast. So what could Marvel possibly have in store for our beloved Norse god of thunder? Let’s go over everything we know so far about Thor: Love and Thunder and throw in a couple of predictions for good measure.

What We Know So Far

It shouldn’t be surprising, but Thor is the titular character, played by Chris Hemsworth. Also returning to the screen is Jane Foster, played by Natalie Portman. She’ll be taking up the mantle of Thor from what we understand. In the comics, Jane Foster gets diagnosed with cancer, and every time she wields Mjolnir, it reverts her cancer treatment. So that’ll be interesting for her to maneuver, and since Thor is still in the picture, it’ll be interesting to see his reaction.

Portman’s not the only familiar face that’s on the cast list. Chris Pratt, Vin Diesel, Karen Gillan, and Pom Klementieff will be reprising their roles as Star-Lord, Groot, Nebula, and Mantis. You heard me, the Guardians of the Galaxy are going to appear! Or, at least, most of them are. Gamora is dead, so we won’t be seeing her anytime soon. Rocket Racoon and Bradley Cooper, on the other hand, aren’t on the cast list. So while Rocket Racoon won’t have a role in Thor: Love and Thunder, he’s likely causing chaos somewhere far off in the galaxy. Good for him.

We also got our villain, Gorr the God Butcher, played by Christian Bale. If that’s not a telling title for a villain, I don’t know what is. There’s even more familiar faces joining us, like Valkyrie, who was crowned as the new king of Asgard after Avengers: Endgame. Tessa Thompson actually became one of my favorite Marvel actresses in recent years, so I’m really looking forward to her performance. The only question for the Guardians and Valkyrie is how big their roles will actually be. I’m harboring a guess that they’ll get plenty of screen time. After all, they’re popular characters, and if Gorr lives up to his name, then the Guardians will have plenty of concerns.

So if you’ve seen the Thor movies, you know that Loki’s in all of them. Tom Hiddleston has earned a cult following thanks to his portrayal of everyone’s favorite trickster god. It only makes sense that Marvel would continue to profit off of his sheer existence, right? Well, here’s the thing. Hiddleston’s not on the cast list, which means no Loki. This will likely be the first Thor movie without him unless Marvel’s pulling the biggest twist of the century.

I can already hear people complaining about Loki’s absence, but believe me, there’s good reason for his absence. I mean, he died in Avengers: Infinity War, remember? Even though he got his own series on Disney Plus long after the film’s release, it didn’t happen in chronological order. All of the events of the Loki series happened before he died in Infinity War, and his death is also why we didn’t see him in Avengers: Endgame. But if there’s anything I picked up from Loki, it’s that he’s got more than a few Variants out there. And best of all, one of his Variants might just be on the cast list. Do you remember the scene in Thor: Ragnarok where Matt Damon delivers a beautiful performance as a dying Loki in an actor Thor’s arms? Well, Matt Damon’s on the cast list. Take that as you will.

With such a powerful cast at the helm, it’s hard not to be excited. I personally think that Jane Foster’s going to get the most screen time, maybe more than Thor himself. She deserves that much after nearly being written out of the MCU and pushed out of the public eye. I want to know what she’s been up to after all this time! How did she handle the Thanos snap? Does she know about Scarlet Witch and Vision’s fiasco since Darcy’s her best friend? Or is Thor: Love and Thunder happening parallel to WandaVision? I’m just excited to see her again and hear about what she’s been doing during all these world-ending events.

As for the Guardians’ appearance, it’ll be nice seeing the gang again. It’ll definitely be different without Rocket or Gamora, but Mantis has been a refreshing character, so there’s going to be no shortage of jokes and funny banter. The Guardians and Thor were one of the best parts of Infinity War, and the reunion’s bound to be special. If I had to harbor a guess, Thor might reach out to them about Gorr the God Butcher, either for aid or information. And this theory might get people mad, but if Jane Foster’s picking up the Thor mantle, then something bad might happen to Thor to cause that. I don’t think he’ll die or get butchered, but he might get put out of commission for a bit. It would give Jane Foster more time to shine and give her a chance to pick up Mjolnir for herself.

All theories aside, I’m definitely looking forward to this instalment in the franchise. It’s kind of funny to think about Batman’s actor fighting Thor, and it’ll definitely be in the back of my mind when I see the film proper. But I mean, come on. Batman wouldn’t stand a chance against Thor or the Guardians. And, even better, we’re likely looking at his defeat by Jane Foster’s hands. Get butchered, Gorr.

Thor: Love and Thunder will premiere in theaters July 8th 2022. That means we’ll likely see it on Disney Plus on August 22nd, as long as it follows the forty-five day rule.

Are you excited for Thor: Love and Thunder? Are you going to miss Loki? Do you think this film will beat out Thor: Ragnarok? Sound off in the comments or send us your thoughts on Facebook or Twitter!