Home » But Who is the Best Batman? 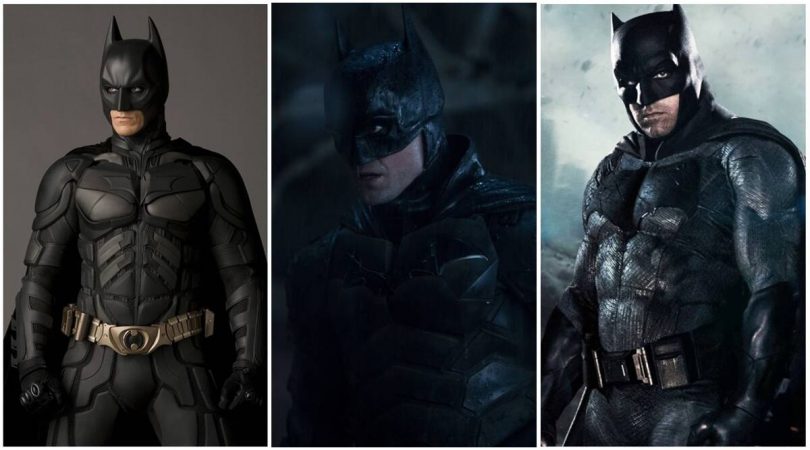 When the news broke that Robert Pattinson will be taking on the role of Batman in the solo Batman movie, I had my doubts. In fact, I was extremely pessimistic to the point where I wasn’t looking forward to the release of the film. But we cannot change the inevitable, and the infamous sparkly vampire played the role of this most popular superhero.

The film was terrific, but this is not what we’re discussing here. We’re assessing Pattinson’s take on the Batman and where he ranks amongst the star studded lineup of amazing actors who played the role of Bruce Wayne. But to answer the question quickly, is Robert Pattinson the best Batman we have ever had? No.

Even though Christian Bale did not do any incredible combat sequences that showcased Batman’s skill, he still delivered a unique take. The Dark Knight was the first time we saw Batman as a human, not just a myth. Most importantly, he was the best Bruce Wayne.

Bale was also fortunate to have Christopher Nolan as director and writer for The Dark Knight trilogy, and they raised the bar to an unreachable height.

Perhaps this one is controversial, but bear with me on this one. Ben Affleck gave us the most frightening and menacing Batman to date. Even though he stuck to his rule to not use guns, he did sort of use missiles to take down enemies. Nevertheless, Affleck was a Batman that we didn’t need, but wanted.

Affleck was arguably the most accurate when it comes to mirroring comic books on the big screen. Dark, angry, alone, and on a mission. Unfortunately, we only have a small sample size to form a proper opinion on Affleck as Batman. I am of the belief that he might have been the best we would have ever had.

It’s a huge disappointment that we will not get to see Ben Affleck continue his role as the caped crusader, especially with the rumors that he was going to face off with Deathstroke. Which would have been the best showdown DC would have ever made.

A Batman that had danced with the devil in the pale moonlight. Keaton’s was the first dark version; delivering an incredible Batman, and a better Bruce Wayne.

Yes, the film had some cheesy lines and moments, especially when he “gets nuts”. Or when he asks the Joker if he too ever danced with the devil in the pale moonlight; it was very bland and monotone. But those fall on the director more than the actor. Even though there was a decent amount of scepticism and backlash for the casting of Keaton as Batman, he proved everyone wrong and delivered an iconic performance.

I couldn’t believe the news when it first broke out. Robert Pattinson, known for his infamous role in Twilight, will be our next Batman. I was not the only fan with huge doubts about Pattinson, and I don’t believe we were all wrong.

Pattinson was only okay. He was fortunate to have a great director that created an impressive production. He was an okay Batman, and a not-so-okay Bruce Wayne.

Granted, the script didn’t have a lot of Bruce Wayne in it, which is a good and a bad thing at once. But when he was Bruce Wayne it felt as if he was an emo teenager, only that he’s too old to be going through that phase.

As for his Batman, it had some incredible moments, and some mediocre. However, his Batman was appropriate to the setting and plot of the film.

His take on a noob Batman was very well done. One that is still figuring out how to be a real hero, adjusting his beliefs on what justice really means. Pattinson portrayed that Batman much better than I would have imagined.

As the list gets less interesting, and we have heard it all before. I will name the remaining actors: Adam West and his light-hearted version of Batman. George Clooney and his abhorring yet meme-generating Bat-nips.

What did you think of Robert Pattinson’s Batman? Who is your favorite live action Batman? Would you rearrange our list? Let us know in the comments below or on our Twitter and Facebook!