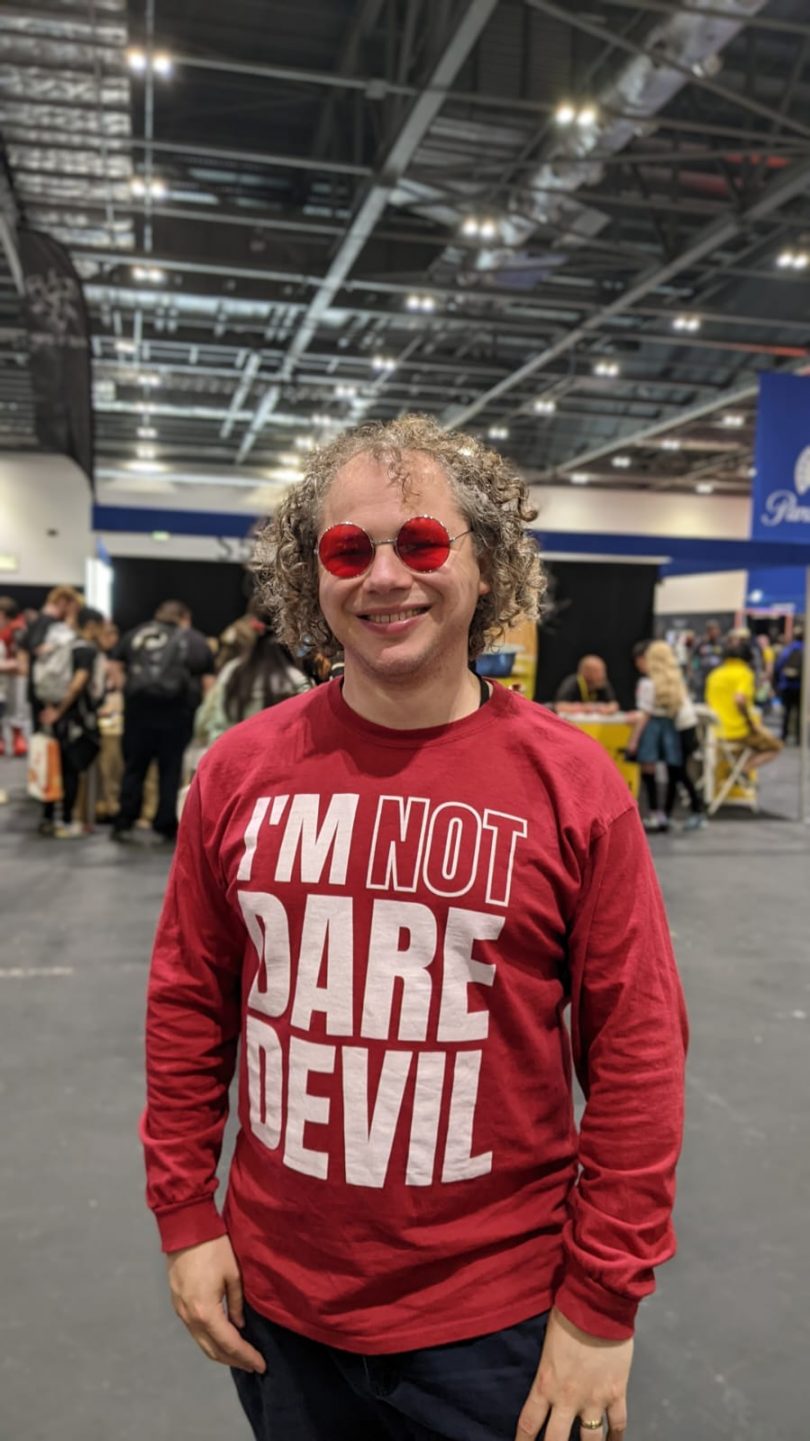 This year, for the first time ever, I attended comic con as a parent.

After two and a half years off from cons due to Covid, I finally returned to the Excel for MCM Comic Con this past weekend. And making the occasion even more special, my 3-year-old son, a.k.a. the Little Hero, joined me for his first comic con experience.

I’ve been to upwards of 40 comic cons since starting A Place To Hang Your Cape, and I can say that this was without a doubt the most memorable. I learned a lot about how different going to a con with a toddler in tow is. I also learned a few tips which I’ll happily share.

As brave as I am, there was no way I was going to take my Little Hero to comic con alone. For one thing, he’s in the phase where he loves running away and not listening to me. But mainly, I was worried that if we just went the two of us, I might get sucked back into my normal routine of strolling Artist Alley and he would get bored. Fortunately, two of his friends (and their parents) joined us.

Having his friends there definitely made the Little Hero’s experience better. He had familiar faces and I had parents to help with things like food and bathroom breaks. This was especially important as we all brought prams and all the bathrooms are down long flights of stairs.

Speaking of prams, if you plan to go to a comic con with a toddler, definitely bring one. Not just for tired legs, but also to help carry everything!

Easily the biggest highlight for the Little Hero and his Sidekicks was the cosplayers. They were delighted to see some of their favourite heroes in real life. They also liked dressing up themselves – the Little Hero went as Nemo and one of his friends was Batman.

The Little Hero spent most of the evening after we got home rattling off the names of the superheroes he met to his mother and stuffed animals. “I met Spider-Man and Batman and Iron Man and Captain America and Jasmine and Minnie Mouse…”

The life-size Daleks were a highlight for the kids. They had no idea what they were, but believed them to be real robots. It was very funny watching them talk to the robots and get answers back, much to their delight.

MCM made a real effort to make the event family-friendly. It started with helpful advice on their website. Then there were shorter, family lines to get into the event faster. Finally, there was the Treehouse area, a quiet, play area for children and families. We didn’t end up spending much time there (most of the activities were aimed at slightly older kids, like the Quidditch pitch) but the toddlers had fun doing some colouring and playing with Legos. The staff at the Treehouse were really friendly and helpful, and it was good to know there was a place we could go if the kids got overwhelmed.

One of the biggest disappointments was the lack of Spider-Man toys, and really generally the lack of superhero toys appropriate for a 3-year-old. I had hoped to get my son, who loves Spider-Man, a plushie toy at the con. However, strolling the retailers yielded row after row of stuffed anime toys, collectable action figures, and Funko Pops. It was easier to find plush Futurama toys than Spider-Man. A bit disappointing. Fortunately, the Little Hero didn’t know about this plan so he didn’t know what he missed out on.

A few other things that I learned along the way that I think will help other parents. In no particular order: