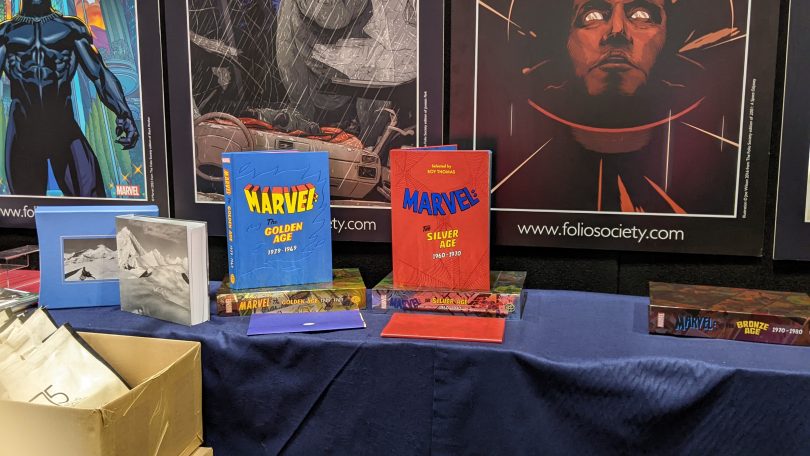 MCM Comic Con rolled into London once more on 28-30 October 2022, and our team were there to cover the event. This year, we decided to venture outside of Artist Alley (cue gasps!) and find some other cool booths around the event. 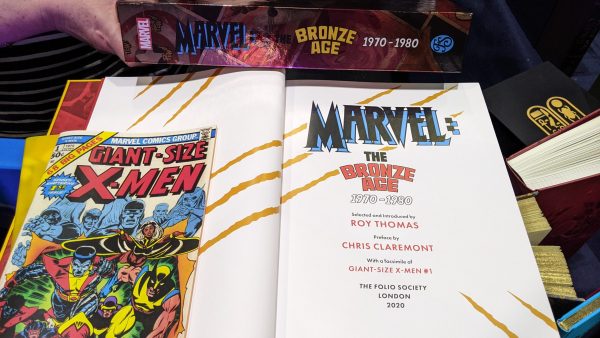 One of my perennial favourite exhibitors is the Folio Society. As always, they had some lovely illustrated hardcover books on show. But the biggest surprise was their new Marvel Ages collection. Each book features comics from a different age of comics – Golden, Silver, and Bronze, selected and introduced by Roy Thomas. 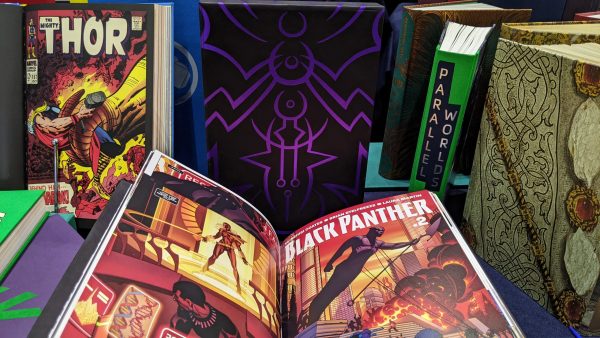 In addition, they now have books featuring different Marvel heroes. The latest of these, the Black Panther book, was a beautiful black and purple hardback that is a must-have for any fan of Wakanda. This is the first of the series to be a full collected story featuring the first 12 issues of Ta-Nehisi Coates recent run on Black Panther: A Nation Under Our Feet. 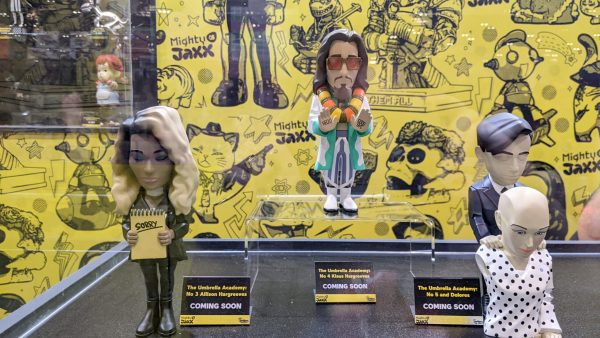 Next up, I ventured over to the Mighty Jaxx booth, who were attending MCM for the first time. I was immediately struck but their unique art toys, especially their Inked Stories Collection. These statuettes were made using normal figures, but given to tattoo artists to design completely new creations. The company has a knack for pairing different artists together to come up with their own spin on art toys. 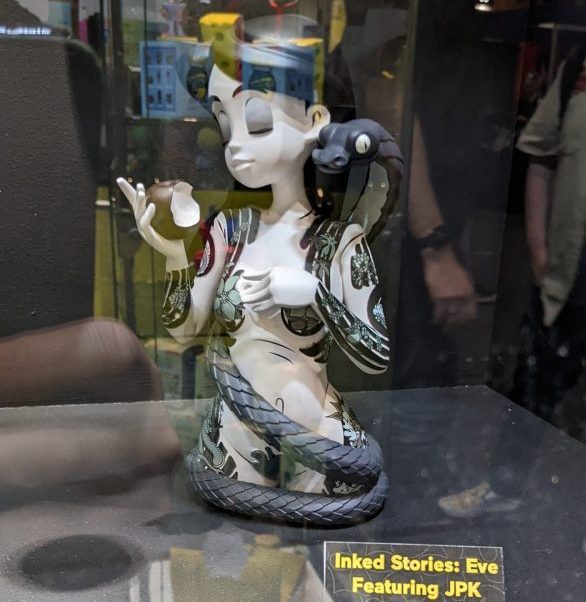 The company has only just started branching out into the UK and European markets, but they are making a big splash as they cross the Atlantic. They showed me some of their phygital toys (a portmanteau of physical & digital). These were collectible statuettes with NFC chips that can be used for various digital integrations with their app. For instance, you can verify the item by scanning the chip, removing the need for other documentation for authentication. In other cases, the toys unlock content in Mighty Jaxx’s bespoke games. You can scan your physical character and then play as them in the digital game. A truly innovative way of combining technology and collectibles! 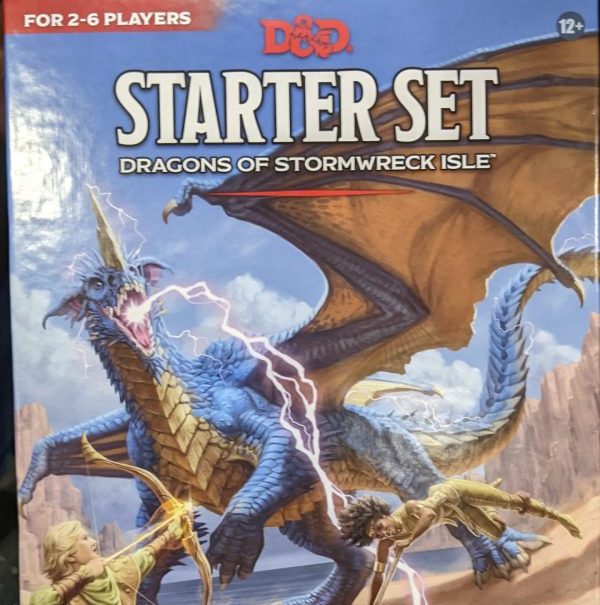 I’ll admit to being a complete newbie when it comes to Dungeons & Dragons, and roleplaying games in general. I was kicked out of the PodCapers D&D episode after I decided I just wanted to attack Scott’s character’s immortal fairy sidekick rather than the enemy orcs.

That said, I’ve always been curious so I made sure to stop at the D&D booth once I heard that there was a new starter set – Dragons of the Stormwreck Isles. Featuring ground-zero character sheets, this new kit is designed to be an easy jumping on point for new or experienced players. This is the first starter kit since 2014, and it being released in part to promote the upcoming Dungeons & Dragons film.

While I didn’t have a chance to sit down and play the game (due to the fact that all the slots were fully booked!), I did speak to some new players who got to try it out. They said it was a fun way to “dip [their] toes” into the Dungeons & Dragons waters. And I’m guessing from the fact that they walked away with their own copy of the game that they were fully converted! 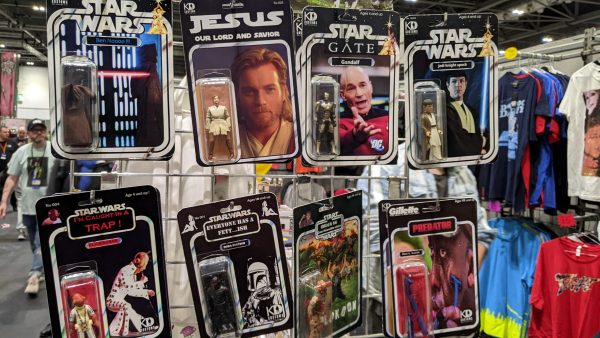 Finally, there was one booth that I almost walked right past. In fact, I would have missed KD Customs completely if not for the fact that I never miss a typo – someone had written “Jesus” over an Obi-Wan Kenobi action figure!

Taking a closer look, it appeared that the figures were essentially memes come to life – or at least to plastic. There were some truly hilarious creations. The creator of these hilarious figures wouldn’t give up the secrets of his process, but we did have a good laugh about the Force action figure and Mac’s razor from Predator.

So there you have it, my four favourite non-comic booths from MCM. What booths did you visit and enjoy?