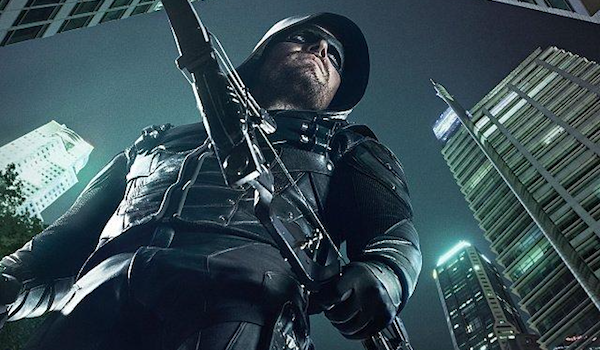 October 10th marked the 10th anniversary of The CW’s famous, or infamous depending on your perception of quality television, Arrow. The show rose to popularity rapidly, and delivered both good and bad television. Arrow conveys the best and worst of American television; it is one of television’s greatest contrasts. On the 10th anniversary of this popular show, we looked at 10 things that Arrow hit the bullseye with. Today, we look at 10 things it terribly missed with, as many as those are.

Before we start the list, let’s just have some honourable mentions.

It’s safe to say, as time goes on, showrunners run out of ways to continue their story. Dialogue, plots, characters, it all kept getting more exhausting to watch as the seasons went on. The dialogue drastically became more cheesy, melodramatic and cliché. The plots got more and more predictable, unimaginative and cliché. Characters became more and more traditional, unrelatable and cliché. Do you see the trend? The writing simply went from specific and appropriate to the characters and setting, to a – you guessed it – cliché righteous superhero TV show. Boring, it got.

Nine Lives and Even More

Just when you thought the writers wrote off a character by killing them, you are stunned when you see them return, at least the first time. After one too many characters come back from the dead, it doesn’t just become unimaginative and a cheap way to bring back beloved characters, it becomes predictable and removes the thrill aspect. Bringing back characters from the dead is one of the worst tools writers use to obey the audience’s requests, and it is a plague on any TV show, as proven on Arrow.

Character development is one of the most difficult challenges writers come across when writing a TV series, and the Arrow writers did not succeed at that challenge.

Be it Oliver losing his edge, his fighting skill, and his perspective on doing what’s necessary. Or Laurel, from a righteous and ambitious lawyer into a naive and narrow sighted vigilante. Or Felicity who started out as the funny individualistic woman who we all loved, and ended up being the character who wanted to control everyone and serve her own needs. Perhaps removing Sara from the show was a mercy for us, the audience, as she started out as one of the best characters on the show. I digress. I’m not saying there aren’t good character arcs in the show; Thea’s was terrific, John’s was brilliant and Quentin’s was a solid character arc. But in the bigger picture, the character development didn’t really make sense all the time. Nor did it help improve the reliability of the characters.

It baffles me how a show can start out with great production quality, only to end with abominable and embarrassing quality. The quality of the fights, the sets, the props, the cinematography, acting, directing, writing, the list goes on, on and on.

The fight scenes were exciting and thrilling to watch; seeing Oliver take down a dozen or so baddies in a tight hallway, or Sara taking on assassins from The League, or any of the many fights we had in the first 3 seasons. But somewhere down the line, you can tell the choreography had become less attentive to details; the punches were obviously fake, the movement was slow, and didn’t make a lot of sense all together. When Oliver trips someone and throws them on the floor, they don’t get back up. How are they possibly knocked out? It’s those kinds of details that the producers didn’t care about anymore.

The camera work was creative and audacious, the way they filmed Oliver’s fights against Malcolm, Deathstroke and Ra’s, each fight was shot differently. Malcolm’s fight started out with wide shots in the dark, and ended with closeups as emotions rose. Deathstroke’s fight transitioned between the main fight and flashbacks, and the camera movement had to be motivated and correct. Ra’s’ fight on the mountain top had a bird’s eye view to give us a sense of the geographical space they were in, the camera moved with the characters and action.

Sara (Caity Lotz) was probably the best character in the show, Laurel (Katie Cassidy) however, was arguably the worst. Rejecting Oliver to then wanting him when Sara came back to life, the show tried to create a love triangle between Oliver, Laurel, and Sara, but it was tasteless and it felt out of context.

Laurel’s stubbornness to follow her sister’s footsteps in becoming a vigilante put her, the Arrow team, and her father in harm’s way. She also wasn’t as physically able to attempt stunts as Sara, and it was apparent the actress did not receive the proper training – which didn’t help our perception of the character. Laurel as a vigilante just didn’t make sense.

In the fifth season, we are introduced to the new Team Arrow! An introduction I wish I hadn’t witnessed to this day. Wildog, who had zero depth and the worst codename of all time. Dianah (Alex Kingston), who was a bad actress and too cliché. Kurtis was too on the nose and unqualified to be on the field. The new Team Arrow was and is a regrettable mistake that took away elements from the show rather than adding new layers.

The flash forwards were meant to support the crisis on infinite earths storyline and conclude the Arrow storyline, instead they became that part you skip while watching the episodes. Annoying characters, cheesy plot, and utterly boring, the flash forwards helped conclude any interest I may have had left at the time in the show. By the time the sixth season unveiled itself, the writers had lost any ability to write any piece of television that was remotely interesting. The flash forwards fell victim to the fatigue the writers suffered from.

Implementing the concept of alternate universes in television is a considerable risk. There is a thin line between interestingly complex and dull and asinine. Arrow followed the latter option. It kept shattering the realistic tone of the show, contributed to the ‘bring back characters from the dead’ concept that the writers loved so much, and it was done in the laziest of ways. Nothing special, nothing new, nothing unique that you can only associate it with Arrow. The show kept its dull style of writing when it came to alternate universes.

In the first season, there were no superpowers or metaphysical elements. In the second, we accepted the Mirakuru as it remained grounded. By the third, the Lazarus pit was a pill we swallowed. But when they introduced magic in the fourth, the show started its rapid cascade to the atrocity that we hate and know today.

The moment Oliver’s eyes turn to yellow as he prepares to fight Damien Darhk, my eyes were opened to the ridiculousness of this show. You may argue it was inevitable after creating the Arrowverse, but they could have always kept Arrow grounded and sensible, instead we got magic and superpowers. The show belonged to Cartoon Network by the time we got to the 6th season.

The show was focused on Oliver and his relationship to his family, and expanded to John, Thea, Laurel and Moira with Malcolm. It was a nice circle to be in, to follow. But as the show, for some reason, kept being renewed; the cast kept getting bigger and bigger. As the cast gets bigger, you take away the spotlight from characters such as Oliver, Thea, Laurel and the main characters we started out with. In doing so, you also compromise their arcs and storylines.

Can we talk about how silly it was to obtain information? Felicity would literally type two or three buttons and get all the intel in the world regarding a criminal activity. Again with the lack of attention to detail, it felt sloppy and careless by the producers. As simple as this one was, it was one of the most annoying aspects of the show.

In the early seasons we had some good dramatic moments, especially between Oliver and his family, and John. However, the drama in the show got too melodramatic, too on the nose and plain cheesy. Boring, basic and lacking creativity, the show remained consistent in becoming a horrible TV series.

There you have it, the best and worst aspects of Arrow. The one realization you might take away from this article, don’t rewatch the show. The cons significantly outweigh the pros, as much as we try to look at the bright side. Arrow is a cup half empty.

Do you agree with the Misses here? Have we done an injustice here? Sound off in the comments or send us your thoughts on Facebook or Twitter!