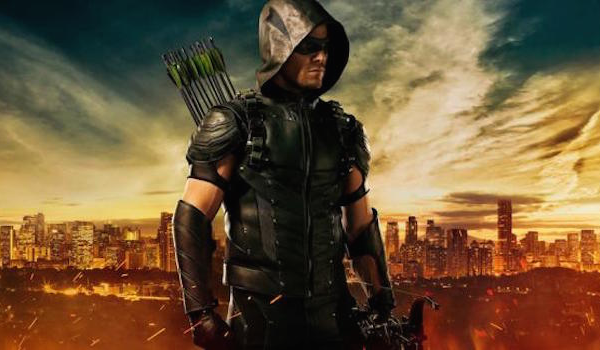 October 10th marked the 10th anniversary of The CW’s famous, or infamous depending on your perception of quality television, Arrow. The show rose to popularity rapidly, and delivered both good and bad television. Arrow conveys the best and worst of American television; it is one of television’s greatest contrasts. On the 10th anniversary of this popular show, we are looking at 10 things that Arrow hit the bullseye with, and 10 things it terribly missed with, as many as those are.

You’ll find this one present on both sides of this list, but let’s focus on the positive side first.

Arrow started with a realistic tone; hand to hand combat, and grounded archery. The hand to hand combat was exhilarating, quick, and had some “sweet moves” which was simply fun to watch. Adding parkour to the recipe, snappy archery, and the brute force and aggression of Oliver Queen, the fight scenes were truly impressive. Seeing The Hood take on an entire arsenal of goons to finally take on the main villain, he was simply a badass. The fight scenes were exceptional in the early seasons, but there were still terrific ones in the later seasons.

Murder is always a moral conundrum, to say the least, but it’s a realistic and logical result of what Oliver had gone through in those five years marooned on an island. It’s also a seemingly fair consequence for the victims that The Hood targets. It also adds an element of controversy for the audience, we like Oliver, but do we like that he’s a killer? Of course not. But in the line of duty he’s in, sometimes in order to survive he has to do the most evil of things.

Each villain had their own reason to be a villain. Malcolm was hellbent to exact revenge after his wife was murdered in the glades. Malcolm’s reaction was a tad extreme, as his plan was to level the glades, he was still emotionally motivated which is always a good way to get the audience emotionally invested in the villain and humanize him. Malcolm also played an important role throughout the entire show.

Deathstroke, aka Slade Wilson, was also on a personal mission. More often than not, in the comic-books, Deathstroke is a hired gun. However, the Slade Wilson we got in Arrow was motivated by his broken heart. Add the Mirakuru swimming in bloodstream to cloud his over the top judgment. Deathstroke ended up killing Moira, Oliver’s mother, which broke Oliver and started Thea’s arc to becoming Speedy.

Ra’s Al Ghul, the leader of The League of Assassins. Ra’s had his code, beliefs, and goals. Obsessed with power, drunk with grandeur, and capable of doing great harm to anyone, Ra’s was another formidable villain that was too strong for Oliver to beat. Most people associate Ra’s as a Batman villain, but seeing Green Arrow take on the infamous supervillain was a new fresh take. We also got, arguably, the best fight scene in the show; when Oliver took on Ra’s on the snowy mountaintop. The fight was a piece of television brilliance, no background music, just the sounds of metal swords clashing, grisly punches hitting flesh, and feet swooshing in the snow.

Prometheus was the only redeeming character, or even element, in the last 5 seasons of this messy rollercoaster of a show. His goal was to avenge his father’s death, whom Oliver killed as the Green Arrow. He was also trained by Talia Al Ghul, which added to Prometheus’ relevance in Oliver’s story. Prometheus wasn’t afraid to play dirty, and do what is unthinkable. He gave Oliver the choice, his own son, or everyone else that Oliver loved. Talk about an extreme Sophie’s choice moment! Oliver tried to introduce a third option, but that didn’t work out. Prometheus died, but still completed his objective and won.

As for Damien Darhk, he was funny.

The Oliver Queen we got in Arrow didn’t mirror the one we’re familiar with from the comic-books and animated series. Green Arrow often played the role of the sarcastic and comic relief character in comic-books, and we love that Oliver. However, the live action show introduced a new Oliver. With a more aggressive approach to vigilantism, a hint of PTSD, emotionally distanced, and much more serious. It was the Oliver we didn’t know we needed. And seeing him develop from a vigilante into a hero, a lone wolf to a husband, an irresponsible guy to a father, was a fantastic character arc.

Oliver was short-sighted, focusing on his own personal mission in the first season; he took the biggest step in learning what it means to be a hero. He also had to learn how to overcome each villain in a unique way, be it mentally, physically, or even learning how to allow other people to help him.

7 – The Lances Have a Badass

The introduction of Sara Lance in the second season was one of the best decisions the writers have made, not that there are many to choose from. Nevertheless, Sara Lance added elements to the show that we didn’t see were absent, but turned out essential. She brought diversity when it came to the fight sequences; her choice of weapon and skills, her stunts and physical ability to perform parkour stunts too were impressive.

Sara also introduced The League of Assassins to the show, and she played a pivotal part in the 2nd and 3rd seasons’ plots. She helped move the plot and even develop other characters like Oliver, Laurel, Quentin and Nyssa Al Ghul. Speaking of which, Sara played a part of two love triangles: Oliver, Sara and Laurel, and Oliver, Sara and Nyssa. Sara brought an extra level of dramatic clout to the show, she was the emotional drive for all those characters.

John Diggle was not a character from the comic-books, and that is sometimes necessary when translating comic-books to film/television. Sometimes writers have to add new characters to help move the plot forward, and be an emotionally supporting character. John Diggle was all that and more for Oliver Queen, he was a teammate, a friend, a brother. Seeing their relationship flourish throughout the seasons, with all its ups and downs, it was a necessary and beautiful relationship to watch.

The show started out with a sort of realistic perspective, obviously influenced by Christopher Nolan’s The Dark Knight. Arrow had an Oliver Queen that contrasted the comical Oliver we know from the comic-books and animated series. With a much more serious tone, and aggressive approach to vigilantism.

Before things took a turn and the show implemented magic or whatever nonsense, the show tried to represent what it would be like to be a vigilante and the toll it takes on the people; the vigilantes themselves and the people around them. Without the concept of trick arrows in the show yet, Oliver had to rely on somewhat reasonable methods to jump across or from buildings, the procedure of obtaining information, and the fighting itself. In the setting he was set in, Oliver was an exceptionally well built specimen. However down the line, he was just another guy with another bow.

For the most part, Arrow’s producers were spot on when it came to casting actors. Stephen Amell had the capacity to convey the dark and serious aura that was intended. John Barrowman gave Malcolm Merlyn a new dimension that we have not seen in the comic-books. David Ramsey was always a peach on screen, lovable and capable. Willa Holland had the range to start off as a spoiled teenager with a too-early drug problem, to a righteous vigilante. She was challenged throughout the show, emotionally and physically, and she kept surprising us with her performances. Caity Lotz was just an A+ casting. Susanna Thompson was one of my favorites on the show. She played the loving mother, but also capable of harboring evil and a dark side. Manu Bennett was simply the best casting in the show.

You may be familiar with the “Arrowverse” by now, and that name says it all. Arrow is the first show to be released by The CW in this universe of heroes, and it’s what kickstarted the Arrowverse. Aside from the fact the rest of the shows were an embarrassment to television, the crossover episodes were a pain to watch. We should still give credit to Arrow for opening the door for the rest of the shows.

When Barry Allen showed up in the second season of Arrow, every fiber of every DC fan tingled. Barry was the young, naive, and righteous detective with a hopeful view on the world. Oliver was the realistic, rough, cynical vigilante who saw the worst in the world. Like surf and turf, two opposite flavors that oddly fit perfectly together. The dynamic between Oliver and Barry was funny, dramatic, and above all – it made sense. Oliver was the Batman of this universe. Arrow started it all.

Arrow also threw a few easter eggs here and there, hinting at the existence of Batman, Superman and other famous DC superheroes.

Oliver often refrained, strictly, from speaking about his time on the island. At first, it made sense why Oliver would not open up about the horrors he’d witnessed in those horrifying 5 years. However, as the show progressed, Oliver didn’t break from his stubborn habit to not speak about it even when people’s lives were at stake, and it frankly got annoying. Nevertheless, regardless of Oliver’s irritating habits, the show did a well done job in connecting the flashbacks to the current timeline. Either the flashbacks helped explain the plot, and we had to piece it together episode by episode. Or, the flashbacks revealed character motives that transpired in the current timeline. It’s true, the flashbacks kept declining in quality – writing and production – but they remained relevant, which is something worth mentioning.

Despite the way Arrow was concluded, and how it cascaded from being a terrific TV show to a mindless waste of time, Arrow still deserves praise and credit for being a fresh take on comic-book TV shows. Considering the production quality, fight choreography, and tone the show started out with, we have to acknowledge its effect and efforts in introducing a new approach to superhero series.

Do you agree with the Bullseyes here? Has anything been missed? Sound off in the comments or send us your thoughts on Facebook or Twitter!