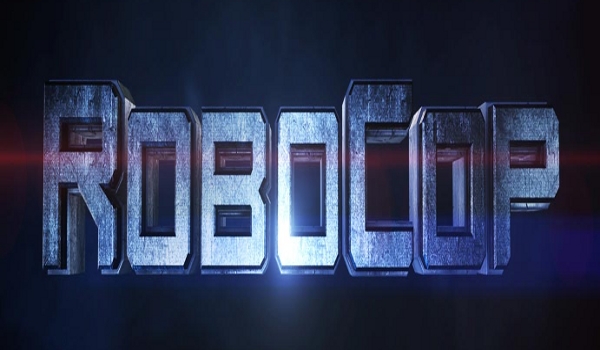 Sometimes you have to wonder what makes them do it. It can’t just be the changes in technology that allow for a more realistic depiction of central elements. It can’t be the opportunity to turn an eye of 20-years-or-so of experience onto a screenplay which has been tried, tested and critiqued. It must be, unfortunately and cynically, that they think we’ll pay to see a name we recognise on the big screen again. That is supposedly the thinking behind remakes, isn’t it? That our love for another film will spill over onto a new film, and that whoever’s wearing a suit will make big money as a result.

But I wonder why they tend to pick cult films. After all, these are films with a fierce fanbase, that loves the film just as it is. These people won’t be impressed by new technology (a man in a CG suit is just as clearly a man in a suit); if you change the narrative too much, they’ll ask why it couldn’t be another film entirely, and if you change it too little, they’ll bemoan the over-similarity to the original. Either way, you’re not going to get a happy audience, and you set yourself up for critical failure.

Here’s my review, then, of the critical failure that is RoboCop.

Opening with a clever sequence that takes the originals’ 80s politics of urban decay and resituates them in a Gulf War(s)-focused discussion about the morality of drone usage, RoboCop gets off to a flying start, due in no small part to the excellent work of Samuel L Jackson as right-wing firebrand TV anchor Pat Novak. Then we find ourselves on more familiar ground, following good cop Murphy cracking down on gun trafficking and corruption. But as he gets a little too close to the bad guys, they leave a bomb on his car, which explodes leaving him with little more than some vital organs, a brain, and a pretty Joel Kinnaman face to salvage. Murphy is converted by Dennett Norton (Gary Oldman) into an almost-entirely-prosthesis-body, the RoboCop of the title, at the behest of corporate mogul Raymond Sellars (Michael Keaton), who needs a marketable product on American streets if he is to convince the public that they should have drones policing for them (and, also, to give him lots of money). To say the rest would spoil it, because as you should be able to tell from this plot outline, there has been a significant attempt to deviate from the source material.

What you may have feared from the grimdark trailer is not true- this RoboCop is actually quite funny. Pat Novak’s sequences in particular are an extremely tight parody of Glenn Beck-esque ‘news’/opinion programming, and when he’s on screen, the movie plays it up for all it’s worth. There are also some great laughs to be had in retooling the more obvious corporate villain of the original into focus-group-stat-spouting, t-shirt-and-a-fleece-wearing Keaton; a sequence in which lackey Jay Baruchel flicks him through designs for the body of RoboCop, and Keaton says he wants it ‘more tactical… let’s do it in black’ is typical of these moments. The new design of the suit is actually good; it looks precisely like one an executive with a handful of focus-group results would design. The question of whether this is literally what happened does leave a nasty taste in the mouth, but it’s best ignored.

Despite some choppy editing and shaky cam making things a little difficult to make out occasionally- though not at, say, Quantum of Solace levels- Jose Padilha‘s action direction is impeccable, as should be clear to those who have seen the Elite Squad movies. A gunfight conducted largely in the dark is especially well executed, switching between pitch black frames lit momentarily by muzzle flash, to thermal and infra-red footage from both RoboCop and his would-be assailants, until a frenzied feel almost of found footage is achieved. His lightness of touch in the comedy scenes is also much appreciated.

But one can’t help but feel Padilha’s fighting an uphill battle. For instance, it’s clear his heart is not in the titular character, but in Oldman’s scientist. I would bet that Oldman actually has as much or more screen-time than Kinnaman. I’m not averse to significant changes in a remake- actually, I prefer it- but it feels somewhat disingenuous to call the resultant movie RoboCop, if only because it features relatively little RoboCop. Possibly as a result of his diminished screen-time, Murphy’s emotional journey, from man to emotionless machine and back again, is pretty much glossed over; he has no emotions, his wife talks to him, he grows new ones. Or something like that. It’s not entirely clear; the filmmakers try that neat trick of having a character say ‘this can’t be explained’, in a way that makes it clear they have neither the ability nor the inclination to provide an explanation.

And of course, no matter how good the movie could be, the fact is it’s fighting against the reputation of an utterly singular film. RoboCop– the original- is simply a great film, and where the filmmakers try to appease its fans by calling back to it, all they do is remind us how average the film we’re actually watching is in comparison. In one scene, for instance, Jackie Earle Haley’s drill sergeant character speaks disparagingly of Murphy’s performance, saying ‘I wouldn’t buy that for a dollar’. This achieves what it sets out to, I suppose; in my head a light-bulb goes on and I think, ‘Haha! I recognise that line, from another film’; my next thought, unfortunately, is ‘That line was funnier in the other film, and made sense in the scene’, before finally finishing my thought process with ‘I wish I was watching the other film instead’. There might be some humour here, but it isn’t the savage, transgressive humour offered in the original. A similar problem occurs at the start of the film, where a few bars of the stunning original theme are played; on my way home, I found myself humming said tune, and realising that no other part of the score was in any way memorable.

I’m not opposed to remakes per se in the way some people are; some of my favourite movies, like The Thing and The Fly, as well as some of my favourite works of art (Romeo and Juliet) are remakes. But those films are attempts to reach beyond the original, to look at wider themes; The Fly is enriched by the addition of questions about identity, and a textual link with Kafka. The closest RoboCop comes to this are a few tantalising moments of discussion about consciousness that are swept aside in favour of explosions, and a few moments of biting satire- the Pat Novak excerpts- that are literally delineated by having their own title sequence. By only referencing its own history, RoboCop shoots itself in the foot, forcing the viewer to compare it, inevitably unfavourably, to the original.