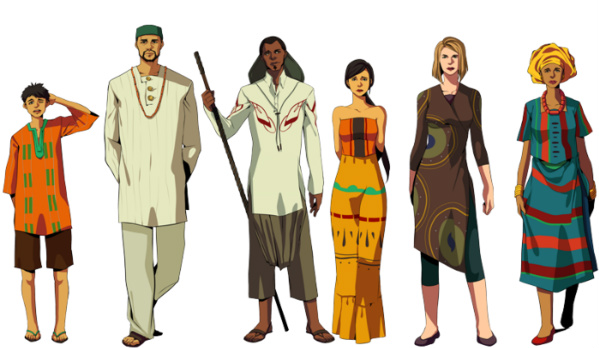 Champion of Dema writer Hameed Catel, an engineering graduate, seems to have made the wrong decision about what to study, because Champion of Dema indicates that comics are his true calling. How else could he, with the help of an artist called Pluto, have created something that demands the reader not just to read, but also immerse themselves in the world of the story?

Kade Mabrin is a Champion of Dema. Unfortunately, he would rather spend his time cheating at betting houses than going out and being a hero, and the prospect of doing heroic deeds, such as risking his “neck for other people, for free”, seems to be something that utterly appals him.

You see, the Champions of Dema are people who the village of Dema mysteriously chooses to fight the evil Soul Takers that come with the rain by implanting what is known as ‘the Mark of Dema’ on them.

But for Kade, being a hero has no appeal. The only people he wants to rescue are pretty women to get laid. He uses his status to gain respect and authority when he has done nothing to earn it. Uncle Ben, with his famous line about power and responsibility, would not be happy.

But Kade, with his “I don’t want to be a hero’ attitude, is what makes Champion of Dema a cut above many of the other hero stories out there. Hell, everyone wants to be a hero, and some comics even go as far as to explore how people in the real world try to become superheroes. So what would happen when someone who has no intention of being a hero, or of helping others or doing anything in any way selfless, is forced to, you’ve guessed it, become a hero.

Kade is not entirely without a conscience. By refusing to help a kid whose sister has been kidnapped by the Soul Snatchers, he unwittingly causes the kid to look for her himself, getting caught by giant flesh eating caterpillars as a result. Yup, not giant worms or spiders, but caterpillars. You dread to think what the butterflies must look like.

So Kade, having endangered the life of the kid, decides to do the only decent thing he can do, he becomes the “blasted Champion of Dema”. The story is not so much concerned with huge action set pieces as it is about one character’s journey to become a better human being, something that so many writers seem to miss the mark on. Champion of Dema works as an origin story for a character who, while not perfect, is still a hero who has the ability to achieve greatness, if only he would reach out and take it.

The story takes place in a world strongly inspired by Africa culture (the book even includes a version written in Pidgin English with a handy translation) and with artwork reminiscent of The Last Airbender, Saga, and classic anime series like Naruto and Bleach, it’s hard not to be swept into a world that reminds us of the classics that we know and love whilst including its own, quirky spin (the Soul Takers look like nothing more than shadows, but remember how sometimes shadows can terrify us?) in something that seems to come alive and out of the page. And with the story clocking in at a fair 180 pages, we are shown so much of the world that, quite frankly, we want to see more.

Champion of Dema is available now from KIRU Comics! 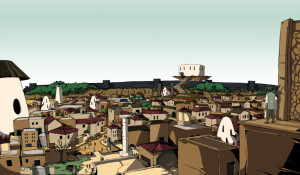