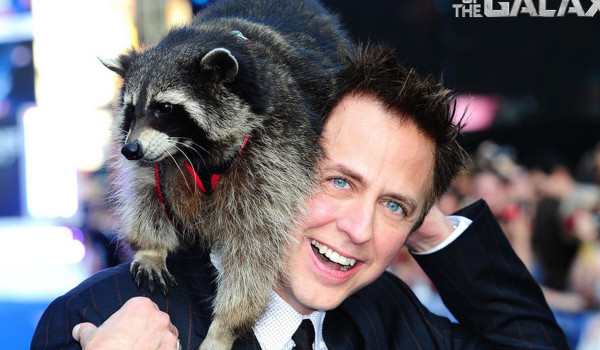 Guardians of the Galaxy, James Gunn‘s most recent, blockbuster film, truly opens up Marvel’s Cinematic Universe to bizarre and fascinating places that will hopefully be further explored in the Phase III films. Tonally, the film is the most subversive and gonzo of Marvel’s films, featuring elements that heretofore have no precedent in their films. However, after examining Gunn’s prior forays into superhero films, one can see precursors that lead up to what would later be found in Guardians.

In 2000, Gunn wrote the super low-budget (only $1 million) superhero film The Specials. Directed by Craig Mazin, and starring Rob Lowe, Catherine Keener, and Thomas Hayden Church, as well as James Gunn himself, the film focuses on the “fifth or sixth most popular superhero team”, known as the Specials. Unlike most superhero films (particularly today, which would run upwards of $100 million budget), The Specials focuses on its heroes on their day off, and is surprisingly light on action. Instead, the film focuses on the day-to-day routine of the main heroes when they’re not saving the world, and negotiating moving onto more popular superhero teams, introducing new members, and traversing interpersonal problems. The idea of a ragtag group of unpopular underdogs, each neurotic and rife with social awkwardness, coming together despite their differences, would come to play in spades later in Guardians. And, while the action in Guardians is on a whole other level, the key dynamic and the linchpin of the film are the characters themselves: The Specials is a film focusing on the human, failed, and fragile relationships between the main characters. Guardians is a very similar animal in that regard. The Specials also benefits from an abundance of humor, both low- and high-brow (a feat that Gunn would later employ in 2010’s Super, but more on that later), with one of the more amusing running jokes being the character of Minute Man (played by James Gunn) constantly complaining that people pronounce his name as “Minuteman” (Minute Man has the ability to shrink down to five inches in height…hence, being very minute in size. Just…say it out loud). But what Specials lacks in action, it makes up for in character dynamics.

Gunn’s Troma roots come into play first and foremost with Super, from the eclectic cast, (many of whom would later reappear in other superhero films, such as Kevin Bacon, Liv Tyler, Michael Rooker, and Ellen Page), to the subversive violence (which often goes from hilarious to shocking to emotionally devastating, sometimes in the same scene). But as with Guardians, the emotional core remains true and pure to its own universe, and to the characters as well. While Guardians plays in a larger cinematic universe, one populated with time-displaced super-soldiers, demi-gods, and berserker rage monsters, Super exists in the fantasy of a lonely man driven to desperation to get his wife back. And within both respective fantasy universes, both films end on a note of selfless sacrifice: the Guardians come together, despite their differences and disparate personalities and animosities, to defeat Ronan and the Collector; similarly, Crimson Bolt ultimately lets go of his wife, after having sacrificed everything for her and finally saving her. With Crimson Bolt, the finale is an emotionally satisfying one, as his sacrifice ultimately allows his wife to move on with someone else. Selflessness is the key to their similarities: the Guardians being a much more obvious example of it, and Super being a a much more intimate example.

James Gunn’s superhero films have been embued with a very human, very real emotional core, whether they feature a pyro-loving space raccoon, or an unhinged frycook, or even the self-doubting leader of the sixth- or seventh-most-popular superhero team. James Gunn proves that the underdogs are capable of amazing feats just as the higher-tier heroes. But mostly, it is the success of the emotional arcs of his characters that have helped Gunn make the jump from indie filmmaker to gonzo, space-faring, multi-million-dollar blockbuster. And that is quite super indeed.

What do you think of James Gunn’s additions to the superhero genre? Sound off in the comments or send us your thoughts on Twitter!