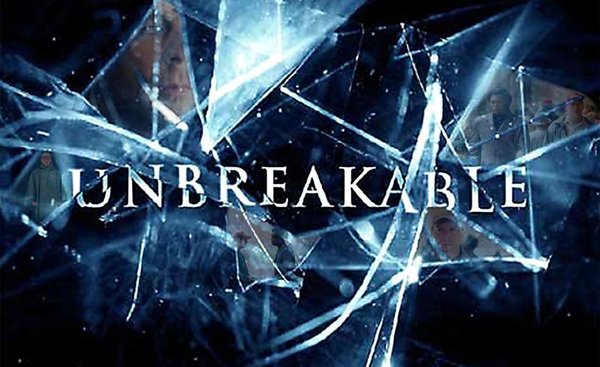 It is difficult to compare 2000’s Unbreakable to today’s superhero cinema because it is a completely different kind of film than the ones we see today, despite belonging to the same genre. One of main reasons is that it does not belong to the wider genre of action/adventure that virtually every other superhero film today does. The “superhero renaissance” of the last ten years has resulted in the superhero film becoming synonymous with the action film. Almost every major release that could be classified as an action film is a superhero film in this day and age with only occasional exceptions being movies like The Expendables, which is marketed primarily by highlighting it’s nostalgia factor or releases that are superhero stories in everything but name like the recent Lucy which is billed as a science fiction thriller but is nonetheless about a woman who gains super powers.

It would be very interesting to see how Unbreakable would be advertised today. At the time of its release, it was marketed as psychological thriller akin to M. Night Shyamalan’s previous film The Sixth Sense completely omitting the superhero aspect in trailers. Today the superhero aspect would more than likely be highlighted but Unbreakable would also be a very different film. Unbreakable was made right on the cusp of the superhero renaissance, being released the same year as the first X-Men film and barely two years before 2002’s Spider-Man. It initially received a lukewarm reception from audiences and critics but has since been lauded as being a masterpiece and ahead of its time.

In some ways, it is indeed more of a psychological thriller than a superhero film as it is less about a crime fighting character fighting bad guys in increasingly elaborate set pieces and more about Bruce Willis’ David Dunn coming to terms with what being a superhero really means in “the real world.” It is not a deconstruction of this idea however like the films Watchmen or The Dark Knight are. Those movies question traditional superhero tropes and subvert them but also still utilize the aspects of superheroes that people want to see. Both films put an emphasis on stylized action sequences and as such drift from the concept of “realistic” super-heroics that are supposed to be what makes them unique among other films that are completely about celebrating an over-the-top, comic book tone like the Marvel films.

Unbreakable is more along the lines of a “translation” of superhero mythology into a world not unlike our own. It wholeheartedly embraces every aspect of traditional superheroes, from giving David Dunn a costume to revealing his archenemy to be his best friend. It merely “translates” these aspects into a way that would actually make sense in our world: his “costume” is really his security guard raincoat and his best friend being his arch enemy is not due to tragic twist of fate, but because Elijah orchestrated it to be this way. It is also not an action film with explosions and fight sequences: the only fight sequence in the film is short, brutal and not at all exciting or stylized.

One of the key lines in the film is spoken when David prepares to go out for the first time in his newly realized role and Elijah warns him that “this part won’t be like a comic book”. Were Unbreakable made today this line probably would have had to been cut. A Bruce Willis superhero movie? It would absolutely be like a comic book.

What makes today’s superhero cinema so great is that it has gradually shifted into forsaking gritty realism and focusing on making superhero films more like their source material: fun and somewhat ridiculous. But Unbreakable is a rare example of a superhero that film that stays true to the concept while focusing on what the reality of it would really be.

Have you seen Unbreakable? What did you think of it? And did you agree with the thoughts put across in this essay? Let us know in the comments section below!