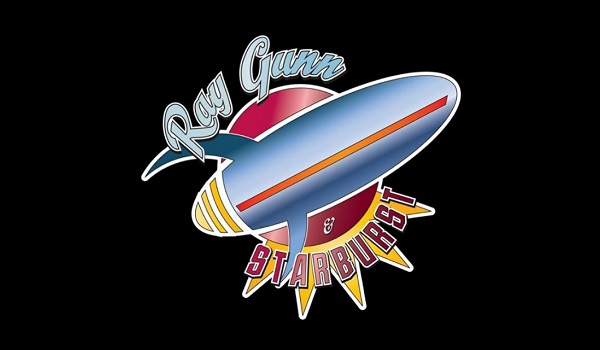 Listen up everyone, the very talented Holly Rose is creating a brand new sci fi radio play! Inspired by her love of ‘classic sci fi pulp’, Holly is sending up all of those old familiar sci fi tropes with the help of her slightly-less-than-dashing reluctant ‘hero’ Raymond Gunn, a forty-something divorcee, and the irrepressible teenage heroine Starburst. We had a chat with Holly to find out more:

A Place to Hang Your Cape: Firstly, can you tell us a little more about Ray Gunn and Starburst?

Holly Rose: Ok, in the year 2005, because that’s when all of the best classic sci-fi is set, Raymond Gunn is living in a second hand space ship and getting thoroughly stuck in to his midlife crisis. He’s pretty sure things can’t get much worse, but when he finds himself on the wrong side of the Red Cluster gang, and the wrong end of a fist things take an entertaining turn for the worst. When he’s rescued, and I use the term very lightly, by Starburst, a rowdy teenage girl, and her broken AI, Ray just knows nothing will be the same again. He can’t quite see himself becoming a hero, but Starburst is pretty sure he’ll make a decent sidekick one day. Will Starburst break away from her dangerously, shady past? Will Ray ever manage to fix his space ship? Will the narrator actually be allowed to finish a story without irritating protagonists interrupting? Who knows, we need to make the series if you want to find out.

So the basic idea was to take classic sci-fi and shove it in a blender, to take all those tropes and stereotypes and to turn them on their heads, not just as a modern twist, but also to show the funny side of science fiction as a whole. Think, Hitchhikers meets Thrilling Adventure Hour with a healthy dose of Firefly thrown in for good measure.

The first episode was written as part of my final year project at University and I was lucky enough to be offered the chance to record that as a rough cut pilot, a link to which can be found on the kickstarter page. I went on to write a six episode series, and that is what this kickstarter will funding, the recording of those episodes.

AP2HYC: Radio drama seems to be a sometimes forgotten format today, what gave you the idea to do this?

Holly: I do think it often gets over looked as a medium because we have become accustomed to flashy, big budget films and TV shows, but audio can be so much more than that. There are no budgetary restraints in radio like there are on TV or film, you can go anywhere or be any when with the right sound effects and well written piece of dialogue, the Doctor Who Big Finish adventures prove that over and over.
For me, I grew up listening to radio. We had a tiny TV and only 5 channels so I listened to the radio and audio books, more than I watched telly. We had a radio in pretty much every room in the house, so you could always listen. A lot of my memories of being a kid involve sitting in the car, or the shed, listening to the radio, mostly with my dad doing DIY. I’m also dyslexic and wasn’t that big into reading as a child, but I loved stories, so I had audio books coming out of my ears. My parents had to come into my room and turn off my tape player after I’d fallen asleep listening to Harry Potter for the 100th time. I guess you could say, it was the medium that I really fell in love with stories through.

AP2HYC: What have been the challenges of working in this medium so far?

Holly: Trying to get people to sound natural while they are describing their surroundings is hard, people just don’t talk like that. We don’t say “oh look, a large bear is running towards us”, we would scream and run, but on radio you have to describe what’s happening to the listener because how else will they know? It’s finding a balance with the writing. To be honest, it’s quite instinctive for me as a writing style, and I really love doing it, but radio has been part of my life for as long as I can remember, so maybe it’s just seeped into my brain, haha.

AP2HYC: And what excites you most about the project?

Holly: Having people read the words I wrote down is pretty amazing, and very surreal. These characters have voices now, amazing, brilliant voices. It’s very bizarre. I think the thing that really excites me most is being able to tell stories about characters I love, and I do really love the characters in the show. They’re these people who have lived in my head for so long and now they can go out and be in the world and maybe, just maybe, other people will love them as much as I do. 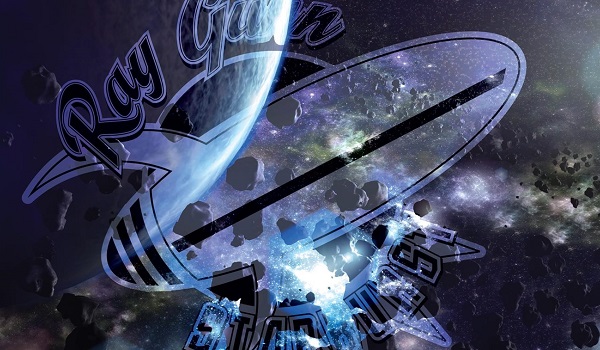 AP2HYC: You’re a fan of classic, pulpy sci fi – can you tell us any personal favourites? Anything you’ve drawn from for this project?

Holly: Rocketeer, Rocketeer, Rocketeer. I’m actually a bigger noir and pulp fiction fan than I am pulp sci-fi, Philip Marlow books are my life blood, but I have always loved Star Trek the Original Series and Flash Gordon. But yes, The Rocketeer is possibly the biggest influence to this series, there’s even a bit with jet-pack racing. There are nods throughout to Doctor Who, classic and new, Transformers, Red Dwarf, the X-Men, heck, even Monty Python.
AP2HYC: What’s one reason we should all rush over to Kickstarter and donate right this minute?!
Holly: It’s a brand new sci-fi, British as you can get, full of love and life and maybe creating something just a bit different. If nothing else, it’s damn good fun. I hope what I’ve said is enough to get people to check it out!

And with not long left on the Kickstarter, if you would like to support Ray Gunn and Starburst please do head over there right away!