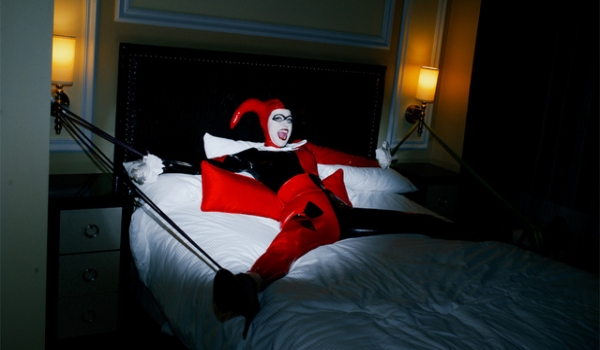 Firstly, I want you all to know how harrowing it was getting pictures for this article. Secondly, ew.

This book, and the subsequent film that just HAD to be made, is turning our society into one of degenerates and sexual delinquents! And yes, after I’m done here I shall travel back in time to the Victorian Era where I belong. But for now, seeing as how the laughably titled “holiday”, Valentines Day is upon us, the benevolent overlords here at AP2HYC have seen fit to instruct me to give all you perverts a Top 6 Superhero Sex Scandals list. Personally, I long for the day when we human beings evolve beyond the need for sex and just clone ourselves. No, I am NOT repressed! I’m just English.

DISCLAIMER! Awful sexual behaviour to follow. Shield the eyes of your young and elderly! And, no, She-Hulk’s not on this list. I may be a prude, but I am above clichés. 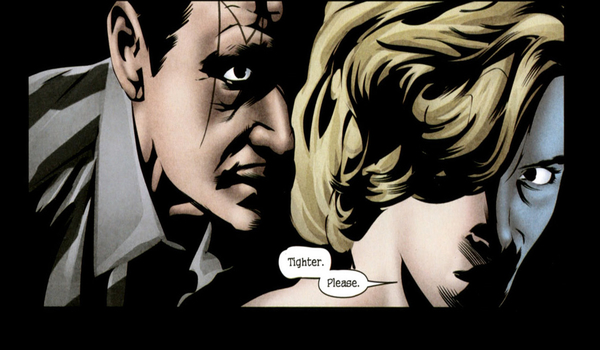 We’ve all heard of the Marvel Noir series, right? Film Noir reimaginings of our favourite characters in the 30’s, 40’s etc. Well, in the X-Men Noir comic, she’s the warden of Genosha Bay, a prison where only the most dangerous criminals and sociopaths are kept.

Oh, and she’s into bondage. During a prison break, she’s captured and tied up. Which she really likes. REALLY likes. Oh God, and we’ve only just started. 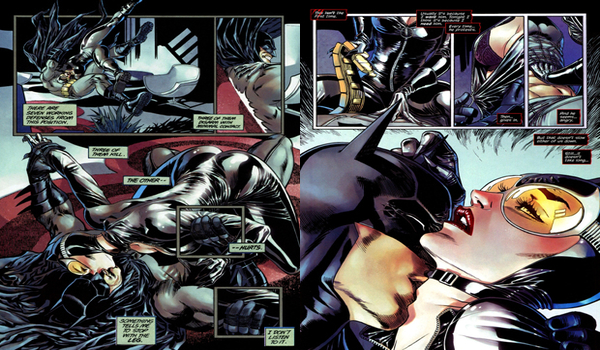 In DC’s New 52, Catwoman got her own solo series! Alright! So DC, being the masters of good taste, got her having sex with Batman in the very first issue. Classy, DC. Just classy. Now, that in of itself isn’t too risqué. It’s just that they did it on top of a bloody roof! Where everyone can see their… utility belts.

Seriously guys. One kid with a camera and you’re screwed! Well, you were both already screwed. By each other. See what you’ve reduced me to! That joke was completely beneath me! Much like you were both beneath- I’m going to shut up now. 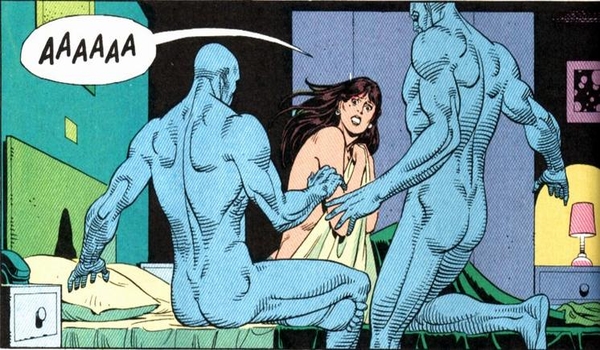 Ah, Watchman. A classic. Surely this masterful graphic novel will be the height of decorum and- Oh God, Dr Manhattan made two of himself for sex! EW! I mean, hats off to him for being open minded, but still! At least check with your girlfriend to see if she’s okay with it first! Which clearly she isn’t! 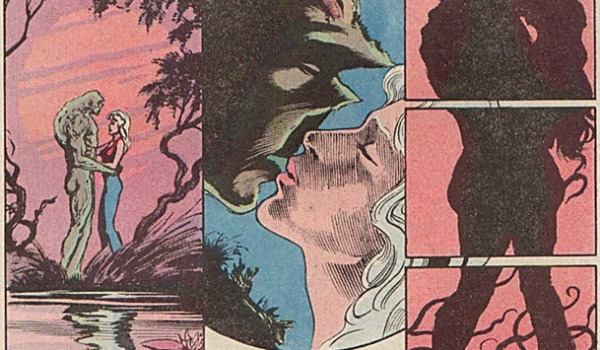 Oh Lordy, this is a weird one. So, Swamp Thing is a man made out of plant matter. Which makes things difficult… in the bedroom. Therefore, he took control of John Constantine’s body so that he could get his wife, Abbey, pregnant. Let’s just say that John was none too pleased with this.

I… I can’t. I just can’t. This is… no. Too creepy. Too weird. Let’s just move onto the next one, before I vomit. Nope, too late. *Bleeeuuuurrrggghhhh*! 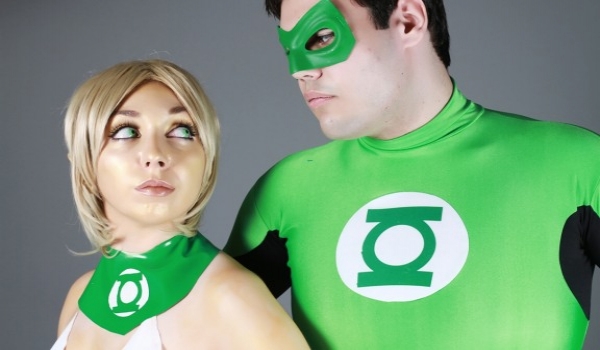 So, there was this plucky teen member of the Green Lantern Corps called Arisia. And, wouldn’t you know it, she had a crush on Hal Jordan. Awwwww. And naturally he felt nothing back. That is, until he did. Aaaaaaaand the awkward meter just went up a notch.  Still, nothing actually happened between them, so it’s all good. Until she used her Green Lantern ring to age herself so that she could be with him. Okay, that’s a ten on the awkward meter.

Still it’s not like Hal is going to actually DATE her. After all, she’s an adult physically but still a teenager mentally. So there’s no reason to suspect THEY MAKE OUT AT THE END OF THE ISSUE WHEN SHE BECOMES AN ADULT!!! *KABOOOOOM!*. Oh my God! They broke the awkward meter! 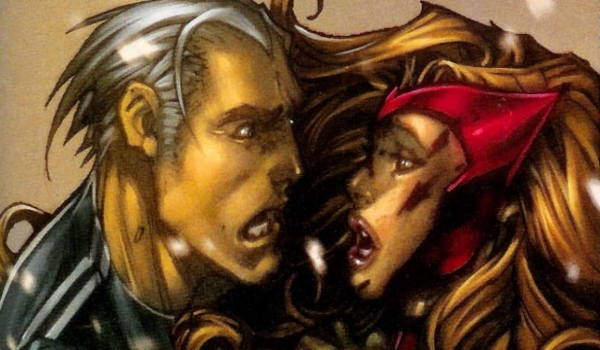 Sooooo. In the Ultimate X-Men series, Pietro and Wanda are close. Very close. Like… Jaime and Cersei Lannister close.

I want to go home now.

But what do YOU think of these filthy, filthy superheroes? Are they a swarm of sexual studs or a collective of crass creeps? Let us know in the comments or on Twitter! Meanwhile, I’m going to go scrub myself until I feel clean again. Or until I bleed, whichever comes first.