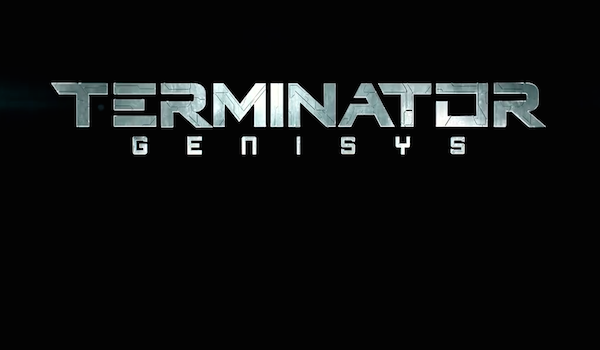 I have lukewarm feelings towards Terminator: Genisys already. It could just be the intentional misspelling of the word “genesis” in the title, or it could be the fact that this franchise seems to be rehashing old ideas. While I loved the first three Terminator films, I can’t help but be pessimistic about this latest installment. Even the new trailer that was recently released seems uninspired. You can take a look here:

Seem familiar? Of course it does. It looks like they’re pulling the same shtick as the second and third Terminator movies. In the midst of a war between man and machine, Skynet sends a cyborg to the past to kill John Connor and prevent him from leading the future human resistance. However, Terminator: Genisys is loosely shaking things up by essentially retconning the entire franchise.

In this new film, things are working differently in regards to time travel. Sarah Connor has been training with the T-800 to prepare for John’s arrival. Their mission is to protect John while he’s being hunted down by an evil T-1000. Not only that, but Skynet has also sent back the original T-800 into the past as well. Sound confusing? Yeah, we feel the same way. That’s what happens when you mess with time travel, AND try to do a retcon.

You know what else this film reminds me of? I’ll quiz you. What franchise consists of a trilogy, a “prequel”, and then a film with a similar time travel concept that “rebooted” and retconned the entire series?

Think about it. We had the original trilogy, then we had X-Men: First Class, which was a very loose prequel to the original films. Afterwards, Days of Future Past happened and things got all funky with characters coming back to life and storylines never occurring in this new timeline. With Terminator, we had the trilogy, then Salvation, which took place as a sort-of prequel/sequel to the main series, and now we got Genisys changing things up.

If you haven’t gotten confused yet, congratulations!

Aside from the annoying time travel stuff, I guess this new movie looks alright. I love seeing Arnold Schwarzenegger reprising his role, and Emilia Clarke makes a pretty convincing Sarah Connor. Not entirely sold on the casting choice for Kyle Reese, though this could change as we get more trailers. 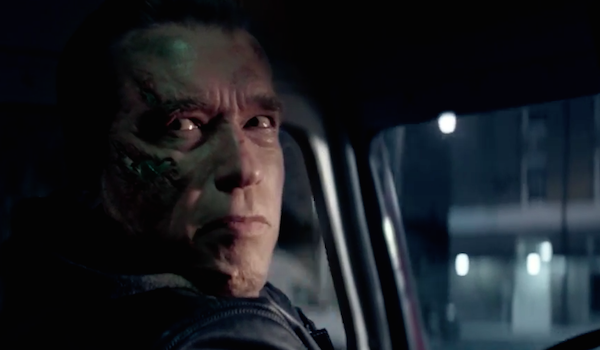 One thing that has me curious (and has probably piqued the interest of countless other fans as well) is Matt Smith‘s role. It’s no secret that this former Doctor Who actor will have a unique role in the film. However, as of now, nobody knows who he’s playing except that it will be a character who will return in future Terminator films. Rumor has it that he’s going to be playing a physical representation of Skynet itself. Now THIS sounds like a good idea and a fresh concept that could turn the film around.

Don’t know what else I can really say about this movie. The CGI looks great, but I didn’t expect anything less from Terminator. The visuals of this series always impressed me, even going back to the original film when computer technology was not at its peak. I also can’t complain about Arnie’s return or Sarah Connor’s casting. But unless the next trailer really wows me, or they reveal who Matt Smith is playing, then I doubt I’ll be rushing to the theater to check out the movie.

Do you have high hopes for Terminator: Genisys? Send us what you think in the comments or on Twitter!