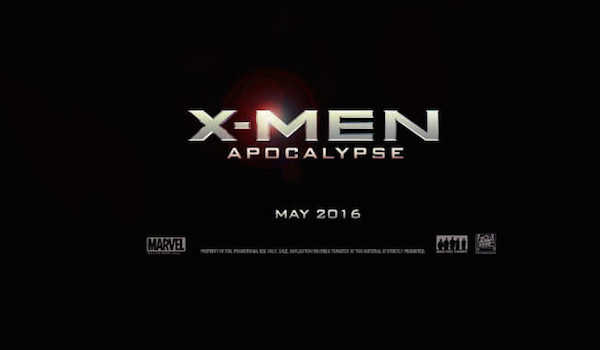 The X-Men are back once again and this time they’re fighting the world’s first mutant, En Sabah Nur aka Apocalypse himself, and his Four Horseman whose identities were revealed in this brand new trailer, which we’ll get onto very soon. This trailer was probably the biggest surprise of Comic Con for me, and it’s not even the film that I’m most looking forward to; it was the biggest surprise because this movie has only been filming for about 2 months and there was a substantial amount of really exciting footage.

Now, unfortunately, if you haven’t seen the trailer, I’m sorry, but we can’t show it to you as it hasn’t been officially released, but hopefully after reading this you’ll be just as excited as I was after watching the trailer.

If you loved X-Men: DOFP like I did, you’re going to be happy. The style hasn’t changed as much as the tone of the film is a lot darker and more sinister. You can really feel the presence of Apocalypse throughout the whole trailer presented through very epic and creepily looming music. The stakes feel so much higher than previous films because they’re fighting an enemy that has so much more power than any of them, and you really feel the fear that this enemy brings in each of the performances shown.

Of course, the three leads, James McAvoy, Michael Fassbender and Jennifer Lawrence all look great as per usual, but what about some of the new cast? Well, of the new ones, we only get to hear two of them talk, and that’s Oscar Isaac and Sophie Turner playing Apocalypse and Jean Grey, respectively. I’ll start with Turner, because unfortunately, as big of fan as I am of hers in Game of Thrones, her accent sounds so off and it really felt like she was struggling to get through her line at the beginning of the trailer, but I’ll reserve total negative judgement until I see the film itself of course. Isaac, on the other hand, looks and sounds absolutely menacing as Apocalypse; his voice, makeup, and costume are all great. I really think this is the villain X-Men fans have been waiting to see on the big screen, instead of getting stuck with Magneto and Stryker all the time. 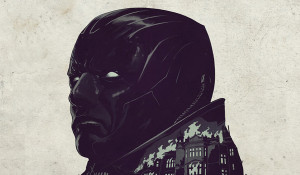 As for the story of this film, from what I gather, Apocalypse is the the world’s first mutant who actually has the ability to control other mutants, and he uses that ability to lead an uprising of four mutants against everyone else, humans and mutants alike. On his team, Apocalypse has the characters, Magneto, Angel, Storm and Psylocke, who are played by Michael Fassbender, Ben Hardy, Alexandra Shipp and Olivia Munn, respectively. Apocalypse has great power, as Xavier says as his eyes turn black connected to cerebro in the final line of the trailer “I’ve never felt power like this before.” That’s honestly about all I could gather from the trailer, but it all looks very exciting!

As an X-Men fan, this looks to be a great installment in the franchise and I really look forward to seeing it!

Did you like the X-Men: Apocalypse trailer? Is Apocalypse perhaps their biggest enemy yet? Sound off in the comments below or on our Twitter!