Home » REVIEW: The Death of Superman Lives: What Happened? 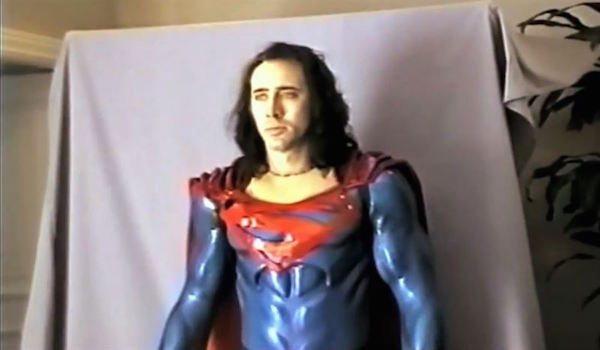 Back in the late 80s/early 90s, Tim Burton proved himself worthy of directing superhero movies with the iconic Batman and Batman Returns. After the success of the Caped Crusader’s first two films, Burton was recruited to create a new Superman film. Unfortunately, Superman Lives never came to be. While many films have been canceled before production, what makes this story so unique is just how close to production the team was before the project was axed. They were literally only weeks away from beginning the shoot. So why did Warner Bros. give them the boot? The Death of Superman Lives: What Happened? explores the project in its entirety, delving into the various plot ideas tossed around, the major players involved in the conception and cancelation, and the main reasons as to why the film was scrapped at the last minute.

It’s interesting to note that director Jon Schnepp raised the funds for this documentary almost entirely via Kickstarter, which goes to show just how many people really, REALLY wanted to know what happened to Superman Lives. I know I wanted nothing more than to find out why we never had a Superman film starring the immortal Nicolas Cage.

I was impressed at how Schnepp was able to get in touch with all the main crew members who were involved with the ill-fated film. During the documentary, we see interviews with numerous costume designers and writers who gave their opinions and explained their own thoughts on why the movie didn’t make it to production. Schnepp even managed to get an interview with Tim Burton, Jon Peters, and Kevin Smith. While Burton was attached to direct the film, Peters was slated to produce, and Smith was one of many people to pitch a potential script. I was slightly disappointed that Schnepp couldn’t interview the Cage himself, but beggars can’t be choosers.

From what the documentary tells us, Superman Lives was going to be based on the comic series The Death of Superman. The villain roster was going to include Brainiac, Doomsday, and Lex Luthor. Several writers pitched their own versions of the script, but they all followed the basic dynamic that included Superman dying, and then being resurrected to save the day.

It appears that Jon Peters was mainly responsible for the dispute amongst the cast and crew of Superman Lives. According to Smith, Peters demanded three things of the film: Superman couldn’t fly, Superman couldn’t wear the iconic suit, and the finale had to include the Man of Steel fighting a giant spider. When Schnepp confronts Peters about what Smith said regarding these demands, Peters vehemently denies the first two, claiming that it’s a lie and that you can’t have a non-flying, non-costumed Superman. He doesn’t deny the giant spider detail, claiming that he wanted there to be a giant creature as a tribute to King Kong.

Though Peters never got his giant spider in Superman Lives, he eventually saw his vision come to life in Wild Wild West, and boy, was it something special. *sarcasm* 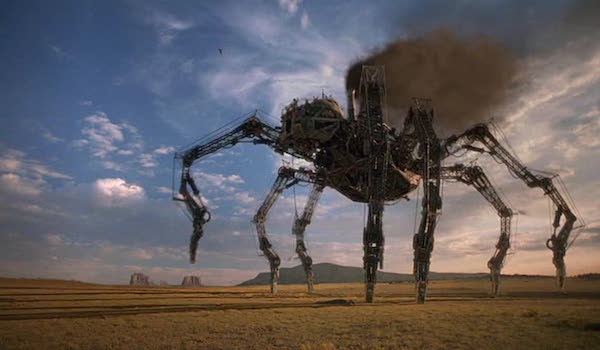 Peters would eventually work on the future successful Superman productions such as Superman Returns and Man of Steel, both of which are absent of giant spiders (Thank Zod). It still frustrated me that Peters had to be so pushy for his nonsensical demands. A giant spider? No suit? I can sort-of understand the whole “no flying” thing since the earliest incarnations of Superman didn’t fly and just jumped really far. Regardless, Peters should’ve just let the writers do what they needed to do. Is it possible that Smith was lying about those outrageous demands? Yes. But is it also possible that Peters really DID have a weird vision for Superman that involved no suit and no flying? Yes as well.

My favorite part of the documentary was the screen test with Cage in the official Superman suit. Although I hate the suit and the long hair, it still gives me chills to imagine “What if?” Remember, this was in a time before Cage had become the center of memes and Internet parody pages; it was shortly after Cage had won his Academy Award for Leaving Las Vegas. Back then, Nic Cage was a hot commodity; of course they would want him to play the Man of Steel! It’s just a shame that they made the costume look so lame. It looked like the type of bubble packaging that they store electronics in. I prefer the more organic look that we see in Man of Steel. The long hair also doesn’t look right on Cage; it’s almost as awkward-looking as Jesse Eisenberg‘s in Batman v Superman: Dawn of Justice. I don’t care if it’s faithful to the comics; it doesn’t look natural.

My one complaint I had about The Death of Superman Lives: What Happened? is that it felt very padded in some parts. It was great seeing all the details about the costumes and creatures and whatnot, but I felt like there were parts that could’ve been trimmed. There’s one segment where Peters answers his phone in the middle of an interview with Schnepp. Why exactly was this shown? What was the reason for it? Couldn’t it be edited out? My guess is that Schnepp left this in to show that Peters was selfish and inconsiderate, further proving that his crazy demands for Superman Returns really were true.

Overall, if you’re interested in the history of Superman in film, then it’s a good idea to check out this documentary, especially with the DC Cinematic Universe now coming to life. I’m hoping we see more of these kinds of documentaries for other failed superhero movie projects, such as Batman Triumphant and Batman: DarKnight. Make it happen, Jon Schnepp!

Have you checked out The Death of Superman Lives: What Happened? yet? What did you think? Would you have wanted to see this movie if it came to fruition? Let us know in the comments or on Twitter!