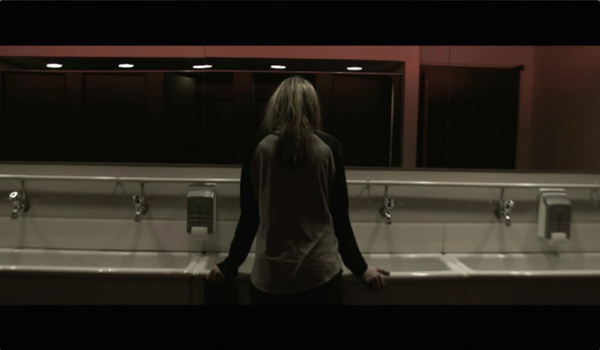 With just one week to go and almost at their target, superhero short film ‘The Stuff Of Legend’ caught our eye on Kickstarter this week. Focused on a vigilante’s girlfriend and her journey to becoming a hero in her own right, the film looks like an amazing story about strong women. And the team behind this campaign are no exception: it’s written and produced by fan favourite Austen webseries Elinor and Marianne Take Barton author Emily Rose, directed by BFI Academy wunderkind Alex Shipman, and shot by the amazing Izzie Jones. Here’s our interview with the gang:

What appeals to you about directing a superhero film?
Alex: Humans doing things way beyond their usual capabilities for good or evil and why they choose the paths they took was always fascinating to me. Although saying that there are very few superhero films that I like because the majority of the stories feel generic, the male superhero helps the poor hopeless girl, etc! So when Emily told me about a superhero film from the girlfriend’s perspective and asked me about directing it I couldn’t say yes quick enough. It was a chance to make a superhero film that I have always wanted to see.

There are lots of challenges in making a superhero film with a low budget- how are you dealing with that?
Alex: I usually like to put in a few shots with a lot of camera and character movement, like a condensed version of a Steven Spielberg single take shots. They can take a lot of rehearsal and a couple of takes but when you get it right it looks really impressive on screen, makes your budget look way bigger.

I think it’s safe to say there aren’t enough women on or behind camera in film- but all your top creatives are women. Why do you think this is so important?
Alex: I love the fact that we have an all girl crew at the moment! Although I tend to base who I want to work with by merit and by how well I get on with them, for example Izzie, I thought she would be great for the project because of one of her short films I saw earlier this year, we are also friends and see each other a lot at events. So even though I’m not pursuing an all female crew if it happens it happens. I think it’s innate within me that I want hire more females because of the lack of diversity, and actions speak louder than words, so if we can show that a film can be made with a female crew and female lead then that’s great! Also, having lead female characters gives the film a different perspective, in genres such as superhero films the reason they feel ‘samey’ for me is that you are always looking at things from the same perspective, where with ours the lead character isn’t the superhero, it’s quite a nice twist on the genre, I would like to see more like that. Hopefully our film will be a small stepping stone to changing that!

Superhero films tend to be either really polished or very gritty- what look are you going for?
Izzie: The primary aim of this film is to question why we aren’t seeing more women donning capes, so it is important to capture the nuances of a recognisable genre film- consequently we’re going quite dark and gritty. Lots of images have been thrown around referencing V for Vendetta, Daredevil and Watchmen and their respective original graphic novels. I’m also quite fascinated by the social realism’s fly-on-the-wall style of shooting (I’m a huge Barry Ackroyd fan) and it links quite well to the theme of ‘othering’ and the marginalisation of our lead as both a woman and an ethnic minority. There don’t seem to be any informed portrayals of powerful women in contemporary superhero movies that draw on realism, so it’s going to be an interesting task! We’re shooting on an URSA mini and have got our hands on some great lighting gear and locations to compliment the anonymous cityscape feel of the piece. If we can create an immersive and believable reality for our lead and get an audience thinking and questioning, I’ll be satisfied.

What’s your favourite superhero movie from a cinematography angle?
Izzie: I’ve mostly avoided the more modern stuff. I’m not so much a fan of pointless movements of the camera merely to keep the audience engaged in the often frivolous clichés of the plot. Does Adrian Biddle’s work on V for Vendetta count? I loved the murkiness. I mean, it’s easy to marvel (get it?) at the technological achievements of recent big franchise films- take the use of the BMPCC in Avengers Assemble.
Perhaps it’s difficult to think of a favourite because there is a huge gap for new and innovative female-fronted superhero movies. I don’t see why we have to time and time again bear witness to the white-middle-class-straight-cis-male prototype of what it means to be a superhero in a mainstream movie. If I don’t relate to the characters, I’m probably not going to relate to the cinematography either. This project is so exciting to me because I’m helping to forge a film that I’d want to see!

This is a really strong female empowerment narrative- was it always your aim to do that or did it just result from a strong concept?

Emily: I never really set out to make this film with the intention of delivering a message. I was thinking about the “superhero’s girlfriend”, who is a pretty common figure throughout the genre – there’s Lois Lane, Gwen Stacy, Mary Jane Watson. They’re all pretty iconic in popular culture. Recently, I feel there’s been a general effort to give these girls agency and stop them from being typical damsels in distress. But I still feel that a lot of the time they’re treated as love interests first – as objects of desire.

I wanted to tell a story from the “girlfriend’s” perspective. What would it be like, to have a boyfriend off doing these incredible things whilst you’re stuck in an office job? How would it feel to be put in danger because of the person you’re dating? Our main character, Tessa, is tough and resilient in a quiet way. She’s very different from the typical movie hero, and her journey is much more about learning to care and fight for others rather than just trying to protect herself.

Why do you feel it’s important to have female superheroes?

Emily: Superheroes are our role models, and we need role models of all kinds – all genders, races and sexualities. I think it’s very important for people to be able to see themselves in the heroes we create. To see people saving lives, helping others, being strong and successful and think, “That could be me”.

In particular, I like female characters who aren’t effortlessly gorgeous and badass all the time. Women who have flaws and weaknesses and insecurities but still manage to do amazing things. Those are the sort of female characters I want to know about.

Last but not least- if you could have a superpower, what would it be?

Emily- If I had a power, it would be reading minds. I know there would be some definite drawbacks, but you’d always be able to tell when people are lying to you. That’s pretty appealing.

Alex- Invisibility, because I want to see what’s going down at Area 51.

Izzie- Flying, much easier to manoeuvre lights when you can fly.

The Stuff of Legend finishes its funding on the 20th of October. If you want to get your hands on their cool pledge rewards and help create a strong female superhero, get on over to their Kickstarter!