Home » What’s Wrong With Changing The Race Of Comic Characters? 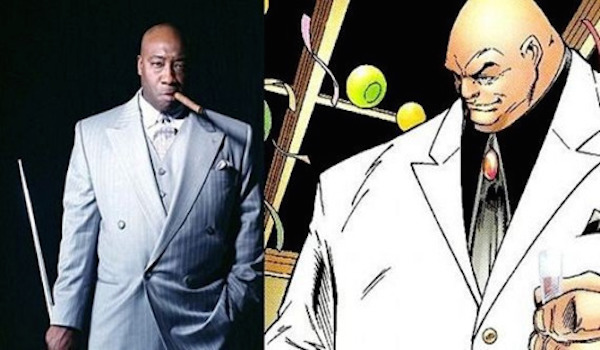 Don’t worry – this isn’t another article about how bad Fantastic Four was. Trust me, we have plenty of those already. But I’m going to use this film as the basis for what I’m about to discuss. One of the main reasons a lot of people hated the movie was because of the change to Johnny Storm/The Human Torch. The character, who was always caucasian in the comics, was portrayed by African-American actor Michael B. Jordan. Meanwhile, his sister was played by a caucasian actress. People had two major problems with this: first, they didn’t seem to grasp the concept of interracial siblings or adoption. Second, they didn’t like how a character’s skin color was changed from his comic book counterpart.

When the news first broke of Jordan’s casting, even I was a little confused as to why they went with this change. I soon got over it because I realized it didn’t bother me that much, especially since I think Jordan is a great actor (he was one of the few people who actually did a good job in the film). But there were people slandering the film for months prior to its release JUST because he was African-American. I get it: you’re upset because you always knew Johnny Storm to be white and that’s how you wanted to keep it. Well, what’s wrong with changing it up a bit? 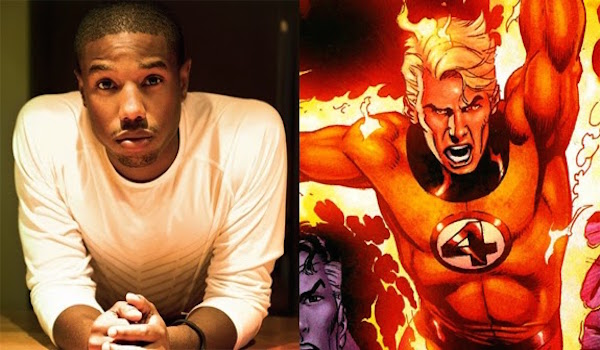 There have been talks of rebooting the James Bond franchise once again, only this time, Bond might be of a different ethnicity. Idris Elba has been heavily considered for the role, and I think he’d be an excellent choice for the character. He’s English, he’s suave, he’s badass, and he’s an overall great actor. But of course people are not happy with a black James Bond. Again, I ask what’s wrong with taking a new route?

Let’s take another example. Back in 2003, Fox decided to cast Michael Clarke Duncan as the Kingpin in Daredevil. Granted, social media wasn’t as popular back then, but I don’t remember hearing too many complaints about it. Why weren’t people whining about the change of race to this character? I guess if it happened nowadays, there would be riots in the streets (or on Facebook).

I live by a strange principle when it comes to casting choices. I don’t mind the change of a character’s race, sexual orientation, or anything like that as long as it doesn’t interfere with how the character is portrayed. Does that make sense? For example, I didn’t care that Johnny Storm was black in the new film because his race didn’t impact his characterization. As long as he was the cocky, laid-back, slightly irresponsible jokester, I was happy. The same goes for James Bond and Kingpin. These characters’ races had no impact on who they were or how they acted.

Another example: Tom Hardy as Bane. In most of his incarnations in comics, cartoons, and video games, Bane is Hispanic. In The Dark Knight Rises, Bane was British, or something along those lines. Did this change matter? For some people, yes. For other people, not really. For me: I was in the middle. Bane’s original mask is based off of a Luchador wrestling costume. The character has evolved throughout the generations so that other factors overshadowed the Luchador aspect. The more important thing about the mask was that it pumped Venom into his body, supplying him with his near-unbeatable strength. What they did with The Dark Knight Rises version of Bane bothered me in the beginning (especially how they changed his mask from giving him Venom to being a supplier of anesthetic), but I quickly grew on it, mainly because I thought Tom Hardy gave such a great performance and I thought the movie was fantastic overall. Although, on a side-note: I would’ve preferred a Bane who was much bigger than Hardy; Dwayne Johnson would’ve been perfect.

About two years ago, news spread about how William Fichtner was cast as the Shredder in the reboot of Teenage Mutant Ninja Turtles. I didn’t like that they changed his character from Asian to white because I think the character’s Japanese heritage is important to his persona. Not only is he an experienced martial artist who grew up and trained in Japan, but his armor is also modeled after the samurai. It makes sense to have him be Japanese. But overall, it was a very, very minor issue with me since they could’ve explained how he was adopted or raised in Japan or something. It’s a really easy issue to resolve, like how they cleared up the confusion with the interracial siblings in Fantastic Four. It’s all a moot point anyway since Fichtner didn’t even end up playing the Shredder in the final film. But I digress…

Here’s a fun change that led to interesting comment threads: Kid Flash. In Season 2 of The Flash, we’re finally going to meet Wally West, played by African-American actor Keiynan Lonsdale. As you can guess, people are not happy that we have a black Kid Flash. Well, wait a minute. Wally West is supposed to be the nephew of Iris West, and she’s played by an African-American actress on the show. Whoa! You mean that the relative of a black character just also happens to be black as well? That’s impossible!

(Those last few lines were sarcasm, by the way.)

Yeah, people are still upset about a black Wally West even though IT MAKES COMPLETE SENSE IN THE SHOW’S CONTEXT. Not to mention the fact that the character is black in the New 52! I swear there are people who just open their mouths and begin complaining without even understanding what the hell is going on. I need to stop reading comment threads or else my sanity will go out the door.

A lot of people were up in arms last year when their favorite comics began changing as well. Captain America was now African-American and Thor was now a woman. Oh, boy – the fanboy wars were outrageous. I saw some ugly things… But it made me laugh at how angry people were getting for the worst reasons (then again, getting angry about a change to a comic book is ridiculous anyway). It’s not like they changed Steve Rogers or Thor Odinson. They were still the same people. It’s not like someone was going back in time and re-inking them as different ethnicities. All that happened was that different people were taking up the mantle. That’s what happens in comics sometimes. Heroes grow old or get banished or lose their powers or some wacky thing. I mean, it’s a fictional world! Why do people get so riled up about these minor changes if it doesn’t impact the characters’ history? If your engagement with a story seriously hinges on whether a character is black or white, then you need to re-evaluate your standards for entertainment.

As I always say, people are entitled to their opinions. If you want to have a conniption because Deadshot is now being played by a black guy instead of a white guy, then be my guest. But I advise you to look at characterization with a more open mind. I’ll reiterate: as long as the change of ethnicity doesn’t impact the character’s core aspects, then it shouldn’t matter. Since I’ve adopted that mindset, I’ve found myself enjoying comics and films much, much more.

What’s your opinion on this topic? Do you agree or disagree, and why? Tell us what you think in the comment section or on Twitter!