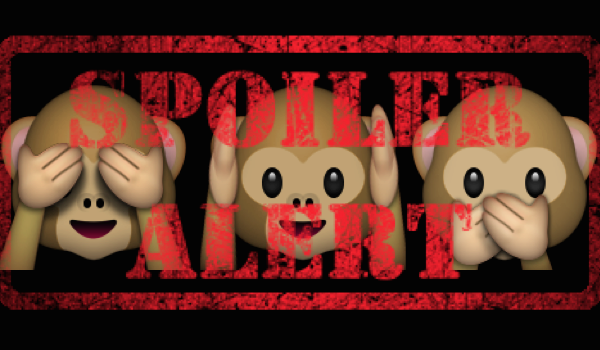 Whether you’re a TV fanatic or a film buff, an avid reader or a frenetic gamer, it’s clear that in this age we all have one common enemy where pop-culture is concerned: spoilers.

Some people (myself included if I’m being honest) don’t actually mind being spoiled. I personally have a pretty firm certainty that I’ll be a fan of something with or without any sort of heads up prior to seeing/reading it myself.

I don’t mind stumbling upon images and videos of something I haven’t seen yet. I’m usually really interested in reading detailed reviews/metas about things that I plan on seeing anyway, and tend to be pretty impartial if I come across any sort of spoiler on the various social media platforms that I peruse on a daily basis. To me, a spoiler isn’t all that big of a deal.

But… I often (*cough* always *cough*) find that I seem to be in the minority where this particular topic is concerned because OH BOY do people absolutely hate spoilers.

For some people, seeing an unwanted spoiler warrants starting World War III. I have seen grown men tear up when spoiled about Game of Thrones, I’ve seen a slew of curses directed towards people post-Agents of S.H.I.E.L.D., and in the months leading up to the latest Star Wars, I’ve watched the internet break out into a frenzied, chaotic, mess of people demanding that any possible spoilers be banished to a galaxy far, far, away.

The topic of spoilers is one that can be, and has been, argued ad nauseam but, at the end of the day, the fact remains that, while some people are unfazed by spoilers, others absolutely abhor them. So, for those of you who don’t want to be needlessly spoiled about whatever it is you enjoy most, here are a few helpful tips: 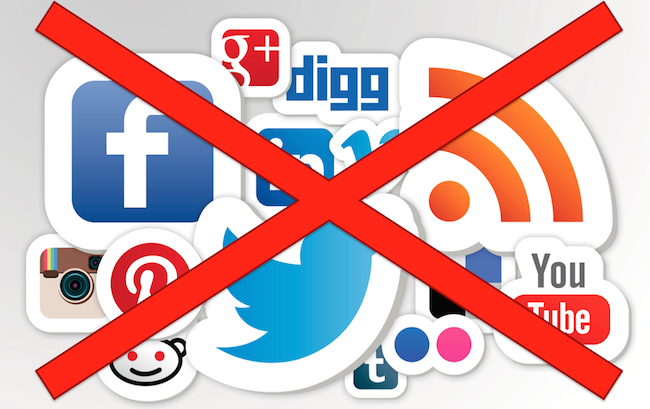 Seriously. Avoid it at all costs.

In a world that is seemingly run by social media, it’s near impossible to avoid having your favorite television show, film franchise, or book series spoiled for you.

GIFs are circulating on Tumblr before an episode of television has even finished airing, people are live-tweeting new cinematic releases while still in the theatre, and meta is being written and posted within seconds of individuals finishing whatever highly anticipated pop-culture phenomenon is of the moment.

It seems that most people have at least one social media platform that they frequent these days and, the fact of the matter is, this just means that the risk of being spoiled about something is even larger than it used to be. Like I said, many people have absolutely zero problems with being spoiled and are therefore equally nonplussed about spoiling others. Some jerks actually enjoy spoiling things for others, and use social media to do it.

It takes almost no energy to send a tweet, update a blog, or post an Instagram picture, meaning that in literal seconds people can spoil or be spoiled. Blocking people and blacklisting certain words can only do so much to prevent spoilers on social media. The only real way to ensure that you won’t accidentally see a spoilery post is to undergo a social-media blackout and avoid all platforms until after you’ve managed to see whatever it is you’re so worried about having ruined. 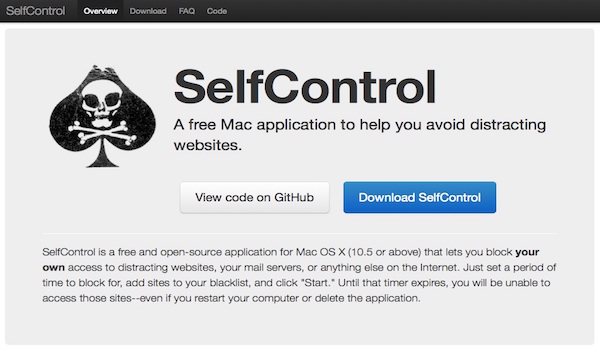 It’s easy to blame others for spoiling things, but oftentimes people are spoiled simply because they make the worst decisions ever.

Cursing out people on Twitter or Tumblr because they didn’t include “Spoiler Alert” at the front of their tweet/post won’t gain you much sympathy because… honestly what were you thinking logging on to social media in the middle of a new episode of The Walking Dead?

There’s a time and a place for updating your followers about the saga of Mittens the cat and 34 minutes into an episode of your favorites show (which you’re not watching) is neither. Just like heading to the DC store the day after Batman V Superman: Dawn of Justice comes out isn’t the best use of your brain cells.

It’s important to use common sense where spoilers are concerned. You can’t just yell at other people for vocalizing spoilers, or harass people online for posting them. You need to understand that you’re just as responsible for keeping your world spoiler-free as those around you. Don’t put yourself in situations that you know may prove dangerous where spoilers are concerned.

Similarly, it should go without saying that you shouldn’t actively look for spoilers if you know that you genuinely don’t want to find them.

Entertainment reporters and websites are essentially obligated to post reviews and recaps as soon as possible to beat out their competitors, meaning that it’s advisable that you don’t “just take a look” at your favorite pop-culture medium. “Just taking a look” runs the risk of seeing things that you mostly don’t want to be privy to… so instead you should use common sense and self-restraint to avoid any and all media outlets that will inevitably be discussing the latest pop-culture phenomenon.

If you can’t attend a screening of the latest Marvel movie on opening night, do you really think it’s a good idea to pop into your local comic shop the next day?

That’s an absolutely terrible idea because you know that a comic store is inevitably going to be filled with excited fangirls and fanboys like you who actually did have the opportunity to catch the new release on Day 1.

There are certain pop-culture Meccas that geeks and nerds will undoubtedly flock to and gather at to excitedly discuss the newest comics, films, shows, and games that have been bequeathed unto the world. These are the very places that one should steer clear of if the goal is to avoid spoilers.

People are innately excited and passionate, and it’s wholly understanding that they might want to find others who are similarly excited and passionate so that they can bask in their mutual eagerness together. Said people tend to gravitate towards specific places to get together with fellow fans, making it relatively easy to figure out which shops and hangouts should be sidestepped if you want to remain spoiler-free.

If you know that you won’t get a chance to see or read something immediately upon its release, map out the places you’re certain might run the risk of being spoilery. Whether it takes you two days or twenty to become one of the people who have seen the latest and greatest, it’s advisable to stray away from popular areas in the interim.