Home » 2016: The Year the Superheroes Fight Each Other 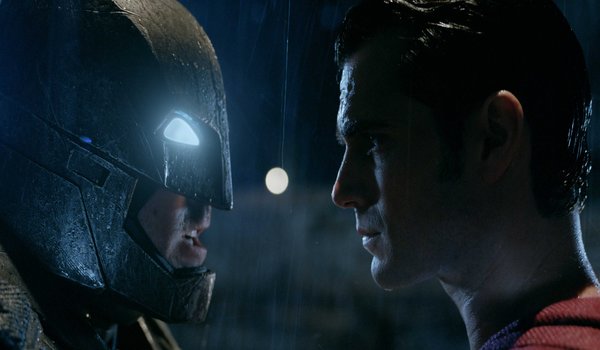 This year sees the release of two of the most high profile superhero movies ever: Batman v Superman: Dawn of Justice and Captain America: Civil War. What makes this interesting is that both of these films are centered around the idea of watching the superheroes fight each other.  So why is it that we are seeing both DC and Marvel pitting their heroes against each other in the same year and why are we fascinated by seeing superheroes punch each other?

For DC and Warner Bros. this is a case of playing catch-up. We have watched for almost a decade as Marvel built up its cinematic universe while DC has only released Man of Steel for their expanded universe. By doing Batman v Superman, it gives them the chance early on to start expanding their universe and crossover characters. Not only is Batman being introduced in the film, but Wonder Woman is playing a major part, Aquaman is appearing, and rumours suggest both Flash and Cyborg will also appear, making Batman v Superman a springboard for the Justice League film and the entire DC expanded universe. It allows the studio to introduce a large group of new characters while also giving audiences a simple concept to sell the movie on, that these two iconic characters are going to be squaring off. 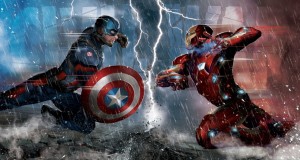 On the other side we have Captain America: Civil War which is coming out eight years after Iron Man, which was the first movie to take place in the Marvel Cinematic Universe, and is the 13th film set in the MCU. Unlike Batman v Superman this is a world we know, and we have watched these characters grow and interact with each other. Yes there are some new characters we will be meeting such as Black Panther and Spider-Man, but not to the extent of Batman v Superman, where almost everything is new to the audience. This feels like something Marvel has been building towards as we have seen that the Avengers do not always get along and have disagreements on what is the best thing to do when faced with a threat, especially when one of their own is responsible for the threat as seen with Tony Stark in Avengers: Age of Ultron.

So why do we want to see our heroes fight each other? In Batman v Superman, it is the fact that for years comic book fans have wanted to see these two characters, arguably the two most iconic superheroes of all time, together in a movie. The debate has also raged among fans for years about who would win in a fight, Superman has all the power but Batman is one of the smartest people in the DC universe. For Civil War these are characters we have spent years with and now see as a family. Like any family they will have fights and disagreements, however, when there are powers involved, the fights happen on a much larger canvas.

In the end we know the heroes will join forces and face evil again. With Batman v Superman they let the audience know right away in the subtitle, Dawn of Justice, and the end of one of the trailers has the two of them teaming up with Wonder Woman and squaring off against Doomsday. Civil War will be more complicated if it follows the ending of the miniseries it is based on, and the Avengers might not reconcile until a later movie in the MCU, but Thanos is coming and eventually the heroes will have to join forces again. For now comic book fans are about to see their debates about which hero would win in a fight played out on the big screen.

As Ken Watanabe said in Godzilla: “Let them fight.”

What movie are you most excited to see? Let us know in the comments or on Twitter!