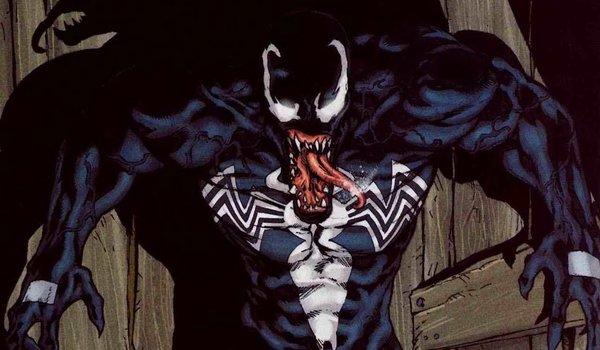 Well, the entire internet had an epic freakout when Spider-Man popped up in the latest trailer for Captain America: Civil War (*screams*). Then, just days afterward, Sony announced that they were reviving one of their long-planned but delayed projects: A Venom spin-off. We’ve been waiting for this film since Venom was shoehorned into Spider-Man 3, which led to the end of Sam Raimi’s trilogies, the clunky reboot of the franchise and the two films that spawned from it. Have Sony learnt their lesson from the last time they tried to force one of Spider-Man’s most iconic enemies into a film? Perhaps, since he will be solely getting a film, maybe it will succeed. But can Venom carry a film on his own as a cinematic lead?

I suspect Sony have decided to greenlight the Venom movie for two reasons – Number #1 is to get involved and make some money off of the Spider-Man brand. I don’t know the exact details but Sony’s license to have Spidey in films is now shared with Marvel Studios, allowing the wall crawler’s mythos to appear in the Marvel Cinematic Universe. It has been confirmed that Venom will be a standalone film, completely in Sony’s hands, so perhaps this decision was made to at least having some control over one of their properties, with their finest cow lost and they are just going with the runner up at the county fair. And reason Number #2 is, well, obviously to follow Deadpool‘s success – an anti-hero/villain R-rated movie can make money, so they are going to do the same with Venom.

Venom is a very marketable and popular character. He is essentially an evil cool Spider-Man who has played the role as both a villain and an anti-hero during his comic book history. Venom could easily be associated with the dark and gritty era of comics in the 1990s, but the character was in fact invented in 1988, several years before the big hits of the 90s were published. Venom’s popularity led to him being shoved into Spider-Man 3, ultimately contributing to the negative reviews of both the film and its portrayal of the character. There was plans to do their own spin-off starring the character despite being blown to kingdom come in Spider-Man 3.

It can be quite difficult trying to figure out what makes a character so popular. Captain America was popular for being the personification of the USA’s patriotism and ideals during World War II. Spider-Man was popular for representing the Average Joe. What makes Venom so special? Is it just because he is the anti, bad boy version of Spidey? Well, personally, I like to think that he is at least an interesting, compelling character with a fascinating history in the comics.

Venom is in fact two different lifeforms – an alien creature called the Symbiote, which appears as a black blob that forms a physically bond with another lifeform, usually permanently. Spider-Man encounters the symbiote during the Marvel Comics miniseries Secret Wars, where a bunch of superheroes and villains fought on another planet. The symbiote disguises itself as a new costume for Spider-Man, giving him his iconic black costume during the 1980s. However, while at first practical and handy, the costume soon shows a darker side, taking an exhausted Peter Parker out for midnight crimefighting when his host is asleep. Spider-Man eventually takes the costume to Reed Richards and discovers it is alive and wants to bond permanently with him. When the symbiote does try to bond with Spider-Man, he uses the soundwaves of a church’s bells to repel it.

Enter Eddie Brock, a down on his luck journalist who was fired from the Daily Bugle thanks to Peter, and by chance happens to be in the church when Spider-Man rids himself of the symbiote. The symbiote bonded with Eddie, who learnt Spider-Man was Peter Parker, and together they became one being to destroy their nemesis: Venom. The idea of turning a replacement costume into a terrifying nightmare is definitely a milestone in comic book history. Venom served as a recurring staple in Spider-Man’s rogues gallery, later developing into an anti-hero in his own comic book, doing all the bad things that our friendly neighbourhood Spider-Man couldn’t do.

Venom’s presence led to a number of other symbiote-based badguys, including the psychotic Carnage, whose host was a serial killer named Cletus Kasady. Venom would also have several different hosts of his own after Eddie, including the villainous Scorpion, and even Peter’s own friend Flash Thompson, who served as a US black ops agent. There was also the female She-Venom, whose host was Eddie’s ex-wife. What are the odds?

I support the agreement that Venom is a great character. His design is iconic, as an evil nightmarish version of Spider-Man, with the teeth and long tongue. His personality and dark humour are great and he is one of the few characters who is immune to Spider-Man’s spider sense. However, his popularity is also his greatest flaw. The character was shoved into Spider-Man 3, taking up a majority of the plot, and the mishandling of Venom’s personality and role made the film unpopular. And now Sony wish to start over with the long postponed film. But with Spider-Man hanging out with the Avengers, Venom appears to be going solo in his own film. But there is just one tiny little minor problem.

Venom exists because of Spider-Man. To have one without the other is absurd. However, I suspect Sony may just shrug their shoulders and have Venom established as a character, and perhaps cover his backstory through flashbacks. But, I am not sure if Sony even intends on having their new Venom movie and all other future projects being set in the Marvel Cinematic Universe. If that is the case, then how on Earth are they going to set up Venom as a character if Spider-Man is out of the picture?

Now, returning to the original question. Can Venom make a good lead for a movie and a potential franchise? Well, I would say yes, but again, it might depend on how much Spider-Man is involved. For instance, they could do an origin story and have Eddie and the symbiote meet under different circumstances. Or maybe skip Eddie and have another character play Venom for a while like Flash Thompson. That would certainly be an interesting direction to take the character – a technical good guy who works as a soldier but is forever on the verge of losing his sanity to the suit. They will more than likely go with Eddie Brock since he is the most well known version of Venom. Or maybe, it is with Flash, then he loses it to Spider-Man, and then it goes to Eddie.

Marvel Studios will be releasing a Spider-Man film in 2017, so depending when the Venom film is to be released, it still might be sometime before we get to see one of comics’ greatest “evil clones” make their return to the big screen. Considering the success of Deadpool, and the recent news of other anti-heroes getting new films like Spawn and Batman v Superman: Dawn of Justice getting an R-rated director’s cut, Venom will most likely get the same treatment and be a box office success.

Is Venom a suitable character to get his own film and possible franchise and can he carry a movie on his own? Has the success of Deadpool encouraged another case of follow the leader and an onslaught of R-rated superhero movies? Sound off below or leave a comment on our Twitter page.