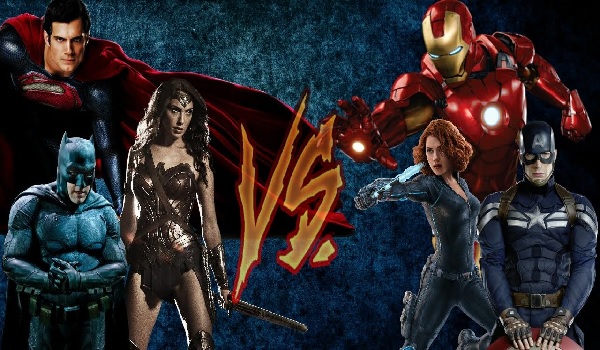 Batman v Superman: Dawn of Justice has got a lot of fans excited. This marks the very first live action film to feature both Batman and Superman together, but some are questioning whether this idea will backfire. Is this just an attempt by DC to catch up with Marvel’s current success with the Marvel Cinematic Universe?

It’s easy to see why fans think this. With only one film under DCs belt it seems rather strange that the second film within the DC Extended Universe serves as both an introduction for Batman and a sequel to Man of Steel. That’s a lot to cover in one film. Plus there’s the factor that the two characters will be meeting and clashing.

Unlike with Marvel’s approach where they slowly integrated the superheroes through solo films, before producing Avengers Assemble in 2012, DC have decided to go straight ahead with an integration narrative. At first the idea didn’t appear too impossible, but when it was announced that the film would also introduce Wonder Woman, Aquaman, Cyborg and the Flash, as well as Lex Luther and possibly the Joker, that’s when the film started to feel over-ambitious.

As to whether DC are rushing things, that question cannot be answered until we see the film in action. At the moment, yes, it does seem like a massive risk to include all these story-threads and character introductions in one movie. It all feels forced for the sake of getting the DC Extended Universe off the ground. Marvel took their time and introduced important integration elements when necessary. So in hindsight DC should have followed suit and planned out their universe with patience and care.

Having said that, it does seem like DC have everything planned out. Batman v Superman is simply a starting point for this massive amalgamation, with the following films serving as solo movies similar to Man of Steel. Instead of following Marvel’s example, DC have gone for a more inventive approach which could easily pay off.

Looking at it from a publicity stand-point the film does gather a lot of attention with everything it is delivering. Yes, it does create doubts as to whether it will work but at the same time it holds plenty of promise, leading into a much larger narrative that will quickly follow through with consecutive films. Suicide Squad, the next film in the series, only looks to further expand the universe that will be created in Batman v Superman.

It’s a simple factor of DC trying a different approach. They want this integrated world to happen faster, and that seems fine given the reasoning for Batman’s involvement in the film. Batman wants to fight Superman because he feels he is a threat, not a hero, after witnessing first-hand the destructive end battle from Man of Steel. As daft as it sounds, fans and critics may have criticised DC more had they simply followed Marvel’s formula, calling them out on playing it safe.

To answer “Is Batman v Superman DCs way of combatting Marvel’s current success?”, I don’t know. That is the beauty of the question. We don’t know until the film is released. I’m smack bang in the middle for the reasons mentioned in the article. But I remain optimistic that this experimental approach will work out. Worst case scenario the film does fail in its delivery, thereby confirming DC wanted to rush out their ideas to play catch-up. If that does happen, of course, the DC Extended Universe will be placed on shaky grounds. My advice would be to wait and give the film a chance. Only then will we be able to answer this question with care and fairness.

What are your thoughts on this question? Do you think DC are rushing things to play catch-up or do you think there’s some pay-off to their madness? Share your take on this battle in the comment section below.