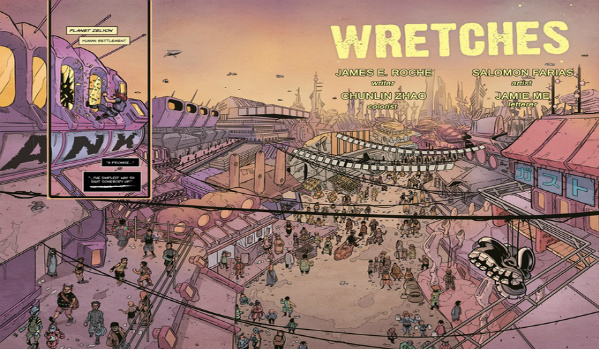 After personally funding the first 10 pages, writer James E. Roche is currently seeking additional funding to complete the first issue of his sci-fi adventure series Wretches. We spoke to him to get an idea of just what exactly we can expect from the series.

AP2HYC: Why did you fund the first 10 pages yourself?

Roche: I wanted to treat this Kickstarter like a pitch to a publisher. I want potential backers to be able to look at fully finished story pages, cover, logo and all, in order to get a taste of the artwork and a feel for the storytelling so that they know what they’re going to be getting with the finished product.

AP2HYC: Can you talk about the sibling protagonists, Shea and Sean?

Roche: The details surrounding the two of them will be revealed more and more as the story goes on. I can tell you that the two of them had lost everything they’d ever known and loved, including their home planet, when they were just kids. After that they were forced to grow up alone on the mean city streets of the alien planet where they’d found refuge.

Now as adults they still suffer emotionally from all that they were forced to endure. They’re both haunted by their past, dealing with it in their own ways. Shea is a lot more hot-headed while Sean’s more composed . In more comic book related terms, Shea is more akin to Raphael and Sean to Leonardo. Both equally as deadly and capable of leading when need be, but still very different.

AP2HYC: Why is their homeplanet now lifelong?

Roche: Their planet was destroyed in an all-out war between the humans and the sentient robots they shared it with. Shortly after the robots were denied equal rights a war broke out which eventually lead to the destruction of the planet.

One of the digital rewards on the Kickstarter comes with 3 mini comic. One of which, Apex War, acts as the prologue to Wretches and shows the final hours before the siblings escaped and what they’d lost in the process. It is not required reading for Wretches but is a fun little story that delves further into this world.

AP2HYC: Can you talk about their new homeworld?

Roche: Wretches takes place in a galaxy like our own, where travel among the planets is very common. The opening pages take place on the alien planet that they’d grown up in, but the entire Wretches tale will be told throughout the galaxy.

AP2HYC: How did you amass such a varied team of international creators?

Roche: I’d met a few of the creators on Twitter and a few on DeviantArt. You’ve got to be creative when it comes to finding collaborators and use every tool at your disposal. Luckily, every one of the creators on this project are stellar at what they do. 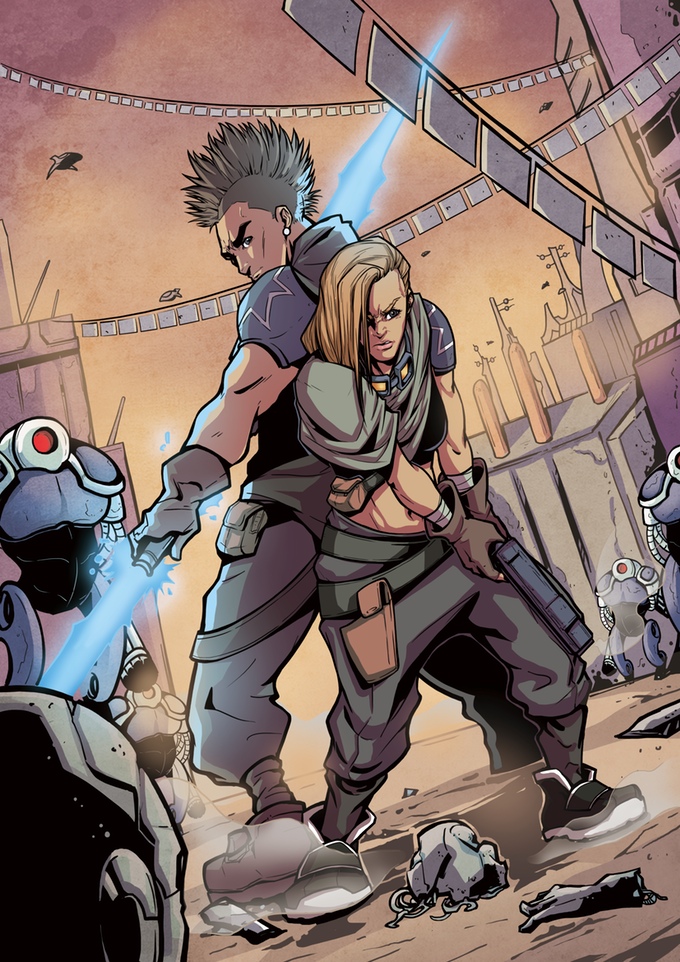 Have you contributed to The Wretches’ Kickstarter yet? Let us know in the comments section below or send us a Tweet!