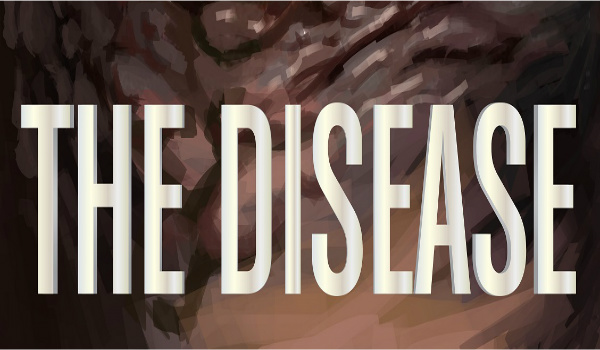 A comic by Paul Kane and Pawel Kardis

Disease: it’s the thing we’re all scared of. Something happening to our bodies that’s out of our control, whether it’s internal or on the outside – it’s at the core of the body horror subgenre. And it’s something that Gus Harper finds himself confronting personally in this brand new graphic adaptation of a classic fiction story (seen most recently in the Monsters collection, with the Clive Barker cover and Nicholas Vince introduction). A tale that deals with out fears on a level never seen before; that manages to be both intimate and global at the same time; that will affect every reader on different levels. A story about life, and the risk of losing it. About love, kindness and kinship. In The Disease it’s not the monster under the bed we’re concerned with, but the one we might turn into; the one we might see if we look in the mirror – and that’s the most frightening thought of all… Written and adapted by Paul Kane (bestselling and award-winning author of the sellout Hooded Man, Blood RED and the forthcoming Sherlock Holmes and the Servants of Hell), and superbly illustrated by Pawel Kardis, this comic is sure to become a collector’s item of the future!

Hellbound Media is an independent British-based comic company founded and run by Mark Adams and Matt Warner. Matt works as a journalist and newspaper editor, whilst Mark has written academically and lectures in cult media. It is with this background in writing, and a lifetime interest in fantasy, comics and horror, that the two of them came to form Hellbound Media. An outlet for people to produce original horror and fantasy fiction, they’ve come to work with a team of amazing artists and other guest writers over the years. The company launched officially at Bristol Comic Expo in May 2011, and has gone from strength to strength, becoming a regular face on the UK independent comics scene. 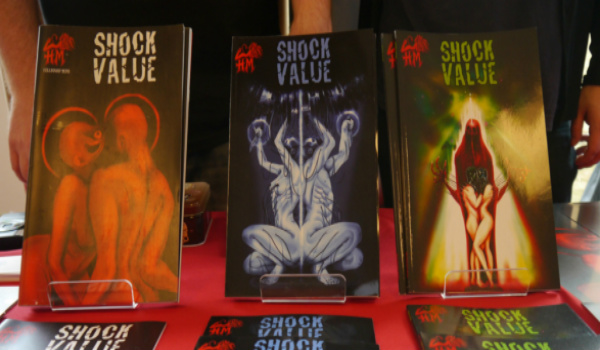 The Disease is a 32-page, full color horror comic from award-winning author Paul Kane and published under Hellbound Media’s “Shock Value Presents…” banner. Hellbound Media’s hugely popular anthology series of graphic novels feature a range of terrifying tales from body horror to apocalyptic nightmares to twister horror-comedy and beyond. “Shock Value Presents…” offesr a range of one-shot horror comics and graphic novels that explore the darker corners of the world. Hellbound Media is proud to present The Disease, beautifully drawn by Pawel Kardis, and a truly grotesque yet intelligent exploration of the fragility of humanity.

Paul Kane is the award-winning, bestselling author and editor of over sixty books – including the Arrowhead trilogy (gathered together in the sellout Hooded Man omnibus, revolving around a post-apocalyptic version of Robin Hood), The Butterfly Man and Other Stories, Hellbound Hearts and The Mammoth Book of Body Horror. His non-fiction books include The Hellraiser Films and Their Legacy and Voices in the Dark, and his genre journalism has appeared in the likes of SFX, Rue Morgue and DeathRay. He has been a guest at Alt.Fiction five times, was a guest as the first SFX Weekender, at Thought Bubble in 2011, Derbyshire Literary Festival and Off the Shelf in 2012, Monster Mash and Event Horizon in 2013, Edge-Lit in 2014, plus Horrorcon, HorrorFest, and Grimm up North in 2015, as well as being a panelist at FantasyCon and the World Fantasy Convention. His work has been optioned and adapted for the big and small screen, including for US network television, plus his latest novels are Lunar (set to be turned into a feature film), the Y.A. story The Rainbow Man (as P.B. Kane) and the sequel to RED – Blood RED – from SST Publications. He lives in Derbyshire, UK, with his wife Marie O’Regan, his family black cat called Mina. Find out more at his site www.shadow-writer.co.uk which has featured guest writers such as Stephen King, Neil Gaiman, Charlaine Harris, Dean Koontz and Guillermo del Toro.

Following the huge success of Hellbound Media’s previous gothic fairytale Mandy the Monster Hunter, the company are returning to Kickstarter to help fund this twisted tale of bodily transformation and uncontrollable infection. Aiming to his a modest goal of £600 to bring the story to print as soon as possible, and to the best possible quality, Hellbound Media have on offer a whole host of amazing rewards. As well as the change to pick up other titles from the company, Paul Kane is offering copies of his own books and unique one-off art sketches. Other rewards include signed books, badges, t-shirts, and exclusive art prints. So please, #HelpSpreadTheDisease and check us out on Kickstarter, Facebook and Twitter, and share the campaign and back the project!

Search for “Hellbound Media” and “The Disease” on Kickstarter!