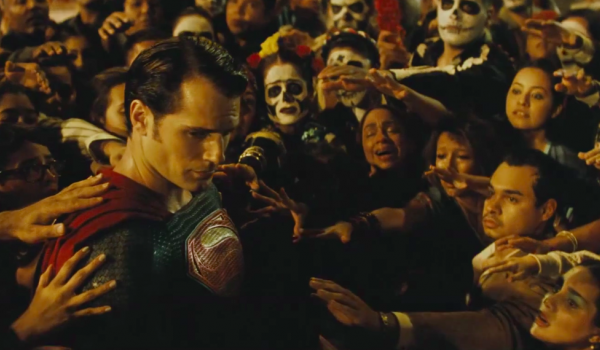 Prepare yourselves! Batman v Superman: Dawn of Justice is right around the corner! The numerous trailers surrounding this epic blockbuster have left us drooling all over ourselves! The anticipation continues to grow for the films release which is March 25th, 2016.

Once the film is released millions of fans will go and enjoy; well, at least Warner Brothers hopes so. But, soon the hype will dissipate and the crowds will thin, leaving us to our own thoughts and criticisms. We will begin to research the next films set to release in the DC Extended Universe and wait patiently for them, just as we did for the prior. Yeah, we got Suicide Squad, Wonder Woman, “Batfleck’s” Batman reboot, and even The Justice League Part One to look forward to, but what about our beloved Son of Krypton? Our favorite American Alien, The Man of Steel, Clark Kent- where will he end up when Batman v Superman ends? Obviously, in Justice League Pt. 1, but will we ever see a solo Superman movie again?

I have a theory. I want to believe the DCEU is not rushing into a Justice League film and they have a plan. Just like Batman v Superman was “planned” to  be a Man of Steel sequel. The reason we are not seeing another Superman  movie announced officially, or slated in-between Batman v Superman and Justice League Pt. 1, is because SUPERMAN DIES! Stay with me here.

I know many of you noticed the giant monster, in this Batman v Superman trailer. Doomsday. Looking closely, it seems he is created by Lex Luthor, who is portrayed by Jesse Eisenberg. I won’t lie to you, when I saw Doomsday, my two hands slapped both my dimpled cheeks. I’m sure everyone is aware of the role he plays, which really got my wheels spinning. If you are not familiar with Doomsday beware, SPOILERS AHEAD.

In the comics, Doomsday is responsible for the “death” of Superman. Please, keep in mind, this speculation is only based off two bits of information! One, Doomsday is in the movie and two, he “killed” Supes in the comics. Granted, the film could very well take Doomsday in a totally different direction, but you have to wonder, will Superman die at the end of Batman v Superman?

This brings to light a ton of possibilities; for instance, if Superman does in fact “die” after battling Doomsday, will Batman and Wonder Woman carry the weight of his death on their shoulders? Will this lead them to pull all the other superheroes of the world together and create The Justice League in Superman’s honor? Will the Justice League Part One be the triumphant return of Superman? Did the DCEU plan for Justice League Pt. 1 to be our third Superman Film? Has this really been in their back pocket the entire time? Could you imagine if the end of Batman v Superman carried over into the start of Justice League Pt. 1? It’s a bit of a stretch, but you have to wonder when a character like Doomsday shows up.

We won’t know for sure why a solo Superman movie has not been announced officially, but in the mean time maybe we can suggest what we would like to see if they did.

I asked around and my friend Kevin Veldman over at The ComicNoobs Show had some insight. Here’s what he had to say:

AP2HYC: A solo Superman movie has not been announced officially. If they were to do one after Justice League Pt. 1, what would you like to see? What villains would you like Superman to face off against?

Veldman: I’d like to see Ares of possibly Trigon. They have been establishing a big universe for the DCEU, and somebody that would actually be a match for Supes, but isn’t a Kryptonian would be great!

AP2HYC: I have to ask, will Superman die at the end of Batman v Superman?

Veldman: I think there is no chance of that! They need Supes for the JL, and they will have a riot on their hands from fans!

He probably thinks I’m crazy, as do many of you. Really, who knows where Superman/Clark Kent could end up? One thing we do know for sure is that Henry Cavill will reprise his role as Superman in Justice League Part One, which is slated for a 2017 release. But remember, that doesn’t mean Superman can’t die before then! Mwhahahahahaha!

What do you think of my theory? Are you mad at me yet? Sound off in the comments below or get at us on Twitter!