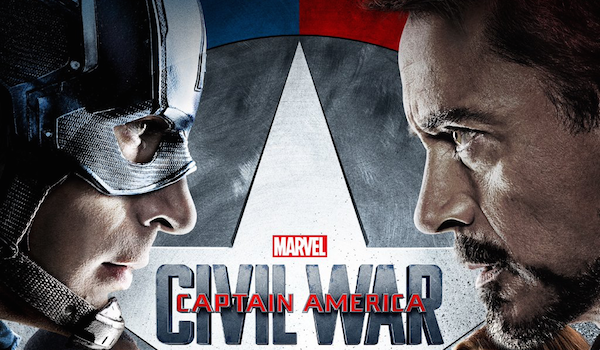 At the close of Avengers: Age of Ultron the world was once again left in shambles as the Avengers limped away from Sokovia and all those who had fallen during their brutal battle with Ultron and his minions. The destruction that occurred, coupled with the previous fiasco in New York in the first Avengers film, has understandably made the general public as well as hundreds of governments around the world wary of the power that the Avengers wield. With this new hesitancy and wariness towards the Avengers, the world’s leaders have banded together to introduce the Sokovia Accords in Captain America: Civil War. The document, meant to restrict and limit the power of the Avengers, is one that divides our favorite heroes and causes just as much internal destruction. With the Sokovia Accords comes two new teams, those in favor of the new restrictions (Team Iron Man) and those against (Team Cap). Here’s a breakdown of which heroes fall on which side! 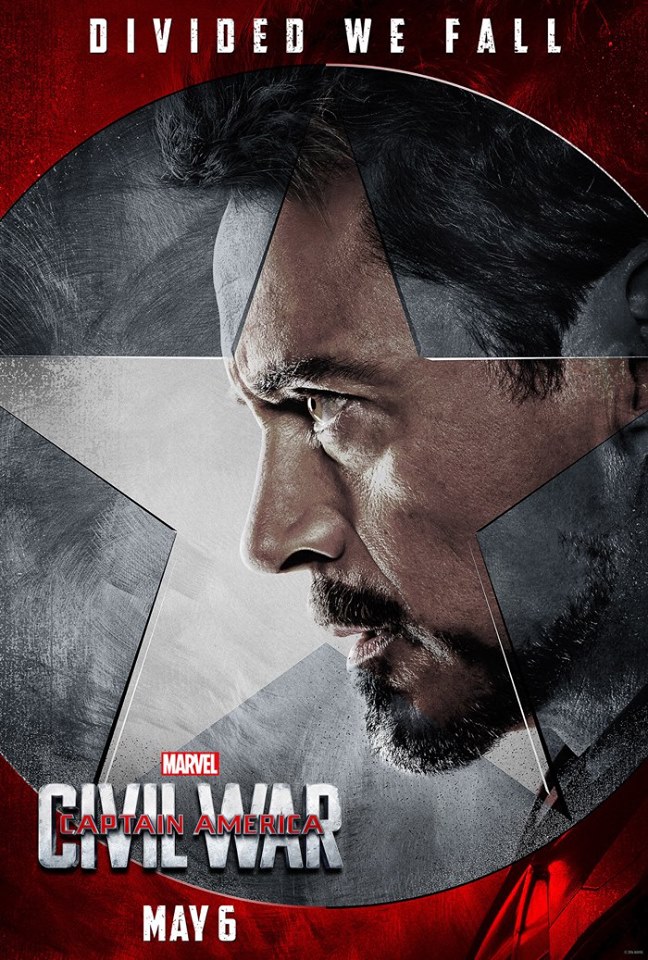 After Age of Ultron it’s not all that surprising that Tony Stark would be in agreeance that the Sokovia Accords should be implemented as soon as possible. While the Avengers as a unit certainly did enough damage to warrant the public feeling uneasy about their seemingly unrestricted power, said damage can almost entirely be traced back to Tony himself. It was his technology that morphed into an army of murderous villains and caused the deaths of so many people. We’ve already seen in Iron Man 3 that Tony has some pretty emotional reactions to such large-scale, earth-shattering, events, so it can be assumed that he’ll be reacting similarly to Sokovia when CA:CW picks up. 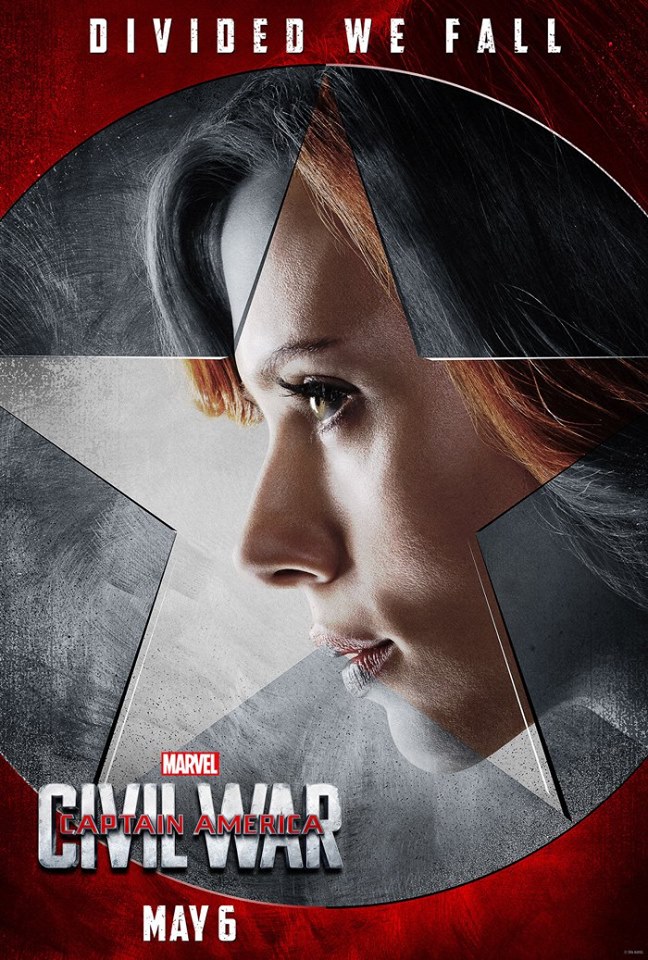 The reveal that Natasha Romanoff would be #TeamIronMan for the third Captain America installment was perhaps the most buzzed about bit of information until Spidey was thrown into the mix. While she and Tony have never necessarily had a bad relationship, after the close bond formed between her and Steve in The Winter Soldier, it came as a bit of a surprise to see her siding with the man in red and gold rather than the First Avenger. Taking the personal relationships out of it for a moment, Natasha’s choice of team is even more surprising considering what #TeamIronMan is in support of. Having seen what awful things can happen when a government has too much power, it did seem a bit odd that Black Widow of all people would be in favor of a set of documents that limits and controls her power and independence. That being said, Nat has made a career out of being a damn good double agent and her, “I’m not the one who needs to watch their back,” line to Tony in the film’s trailer could mean she hasn’t fully lost her roots. 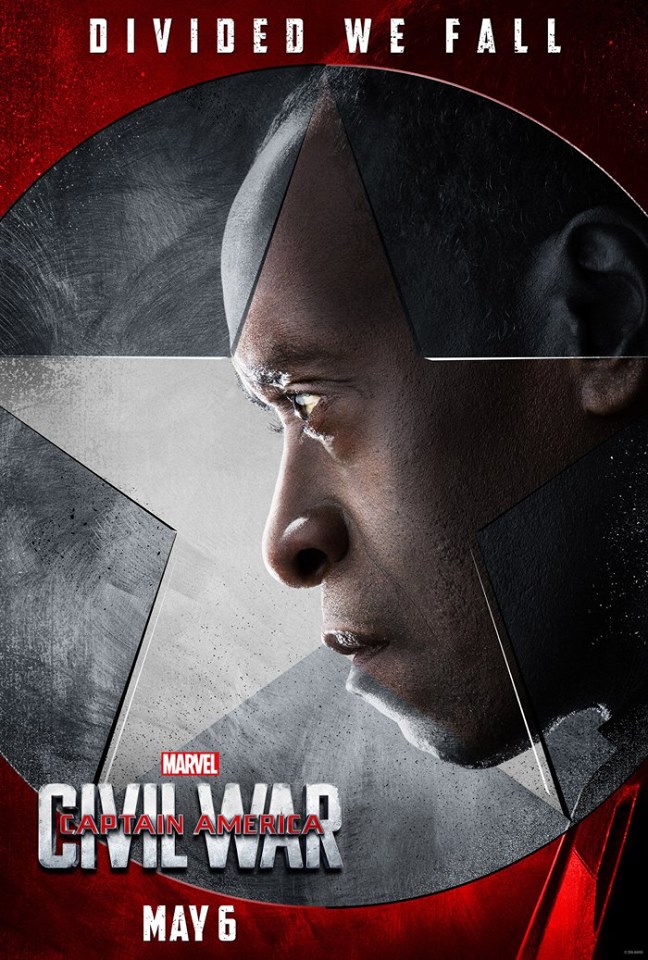 This is the least surprising member of #TeamIronMan for sure, both in terms of personal relationships and political. In addition to being Tony Stark’s best friend, Rhodey is a heavy-hitter in the US Marine Corps and the government in general. Even prior to the reveal of #TeamIronMan and #TeamCap, it would have been a safe bet to put War Machine strictly in the former camp. His sole purpose in prior films was essentially to exist in order to keep Tony in check and serve as the government-controlled version of Iron Man. It seems fairly obvious that he wouldn’t think twice about choosing the team that best supports his political and moral values as well as his best friend. 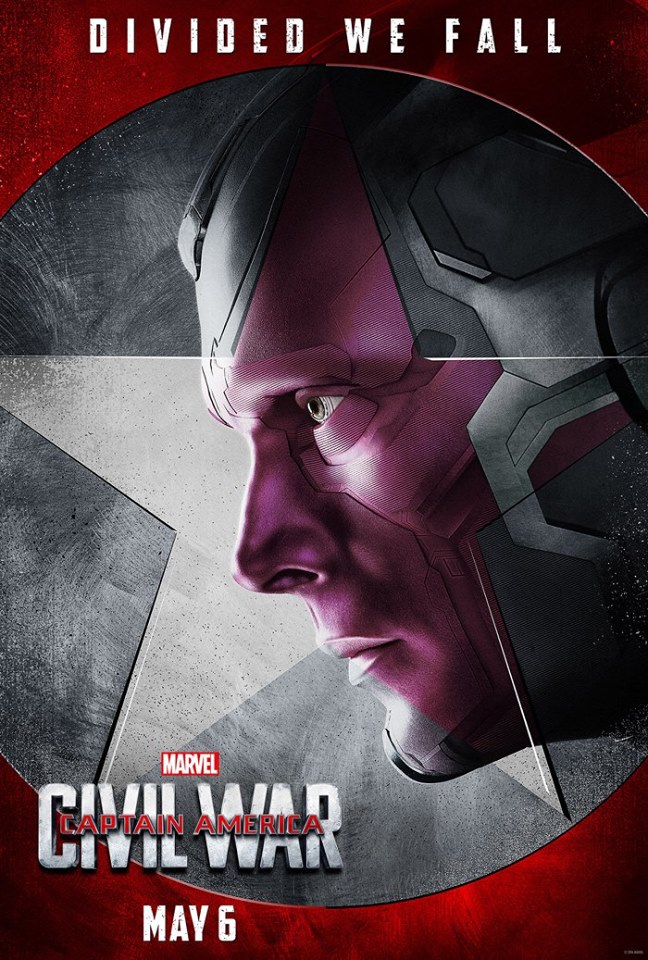 Vision is a bit trickier to tackle since, as far as the MCU goes, we still don’t know a ton about him. After all, he was born yesterday. Having said that, it does seem natural for him to lean towards #TeamIronMan since he is the by-product of all of the chaos from Age of Ultron. Vision is very much an all-knowing kind of being who was essentially created as certain aspects of the human race were in ruins. Such insight into how certain people with too much power could be extremely dangerous makes it understandable as to why Vision would be in support of containing such power through the Sokovia Accords. 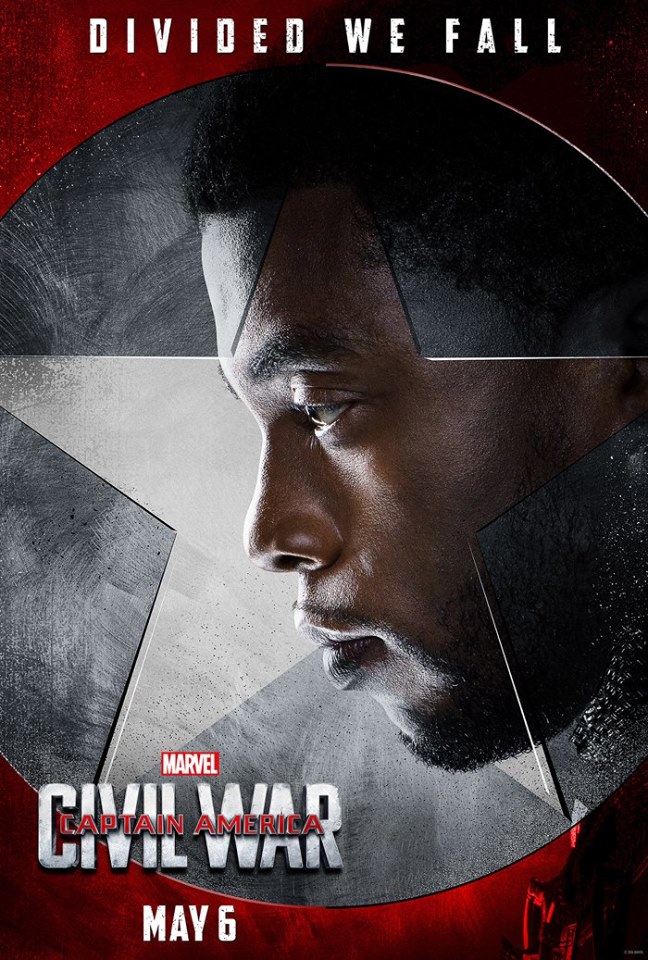 This will be the first appearance of Black Panther in the MCU, meaning that it’s hard to say what has the King of Wakanda siding with Tony Stark. Considering Black Panter is a hero who serves to protect his people and fight for those who cannot, his presence on #TeamIronMan could be indicative of the fact that he chose his side based on personal reasons rather than political. T’Challa is one of the more mysterious characters in Civil War simply because, to date, viewers have neither seen nor heard of him. Comic lovers know all about his role in the Marvel Universe, but movie fans will be introduced to him for the first time, meaning his reasoning for siding with Tony will likely not be known until the film actually comes out. 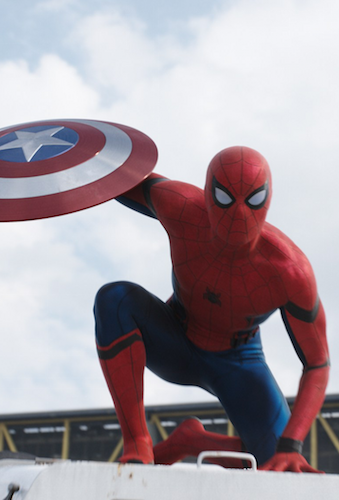 While Captain America: Civil War will be the first film in the MCU that Spider-Man is a part of, at this point I’d gather that most people know his story and the basic traits that make Peter Parker who he is. If the MCU sticks to its source material a bit more than the past Spider-Man films that have come and go, one such Peter Parker trait might be his proclivity for technology and science… and the manner in which said proclivity aids with his web-slinging. Again, as far as we know, Spider-Man has had no interaction with any of the Avengers prior to CA:CW, so it seems safe to assume that he’s kind of an, “up-for-grabs,” character… and who better to recruit a tech-savvy, beginner-superhero, who’s just trying to do good than the legendary Tony Stark?

Keep reading on Page 2 for a breakdown of #TeamCap!