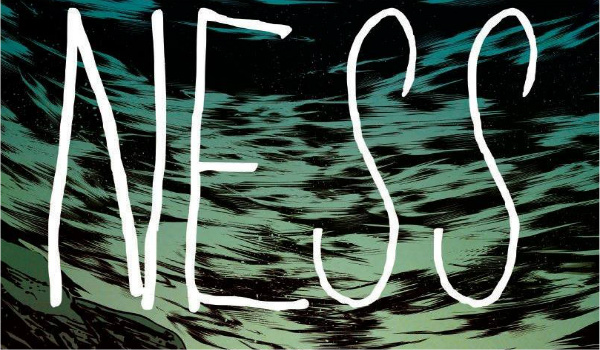 Ness is a four part, full colour comic miniseries set in Scotland, on the world-famous shores of Loch Ness. It has monsters, action, adventure, scares, creepy bad guys, a good dose of Lovecraftian cosmic horror, and a lot or twisted Scottish mythology.

It’s on Kickstarter, right here, where you can read the first 7 pages!

Which means we want to get the word out. We’re already 20% funded in just a few hours…but we have 29 days left to go and get that other 80%. This is where, hopefully, you come in and help us get the word out.

I wanted to give the UK its very own giant monster (Japan has Godzilla, America has Cloverfield and, er, sometimes Godzilla…) because giant monsters are endlessly fascinating to me. Where better to set the story than the home of everyone’s favourite cryptozoological creature, the Loch Ness Monster?

Loch Ness is one of the most inspiring places I’ve ever been. It’s an excellent location and I’m excited to a set a story there. Real-world buildings and areas will show up in the story, though some bits have been invented/adapted.

This Kickstarter is to fund the first issue (which is 22 pages of story + pin up gallery and extras). If it goes well, we’re all prepped and ready to start on issue #2.

Chris Welsh – Chris is a comic/screenplay writer who co-created Wart, Doc Dino and is now responsible for Ness. No one has produced any of his screenplays. YET. He lives in Liverpool, England with his beloved laptop and too many books. He drinks rum. @C_W_Writes

Robert Carey – Rob is an illustrator from Dublin, Ireland and has worked on a variety of projects, including comics published in Lightning Strike anthology, North Bend, The Life and Adventures of Sherlock Holmes, and Afterworld. @Mansloth

Dee Cunniffe – Dee has worked for nearly every publisher as a flatter/colour assistant to some of the world’s top clour artists. Recent credits include The Wicked and The Divine and ODY-C. @Deezoid

Robin Jones – Rob Jones is a British comic writer, part of the publishing misfits Madius Comics, and letterer. He is always the nominee, never the winner, and the proud owner of both of his kneecaps. You can find him on Facebook at his lettering page RobJonesLetters, or harass him on Twitter at: @RobJonesWrites

There are also pin-ups from Gavin Mitchell (The Trolltooth Wars), Lain Laurie (And Then Emily Was Gone, Quilt), Dean Beattie (Random Trials), Rachael Smith (The Rabbit), and Ammar Al-Chalabi (Wart).

Indeed. Through it people can get the print book with an original cover, variant cover, or both. They can pick up some art cards, prints, tees, custom commissions and even a piece of original art by Lain Laurie.