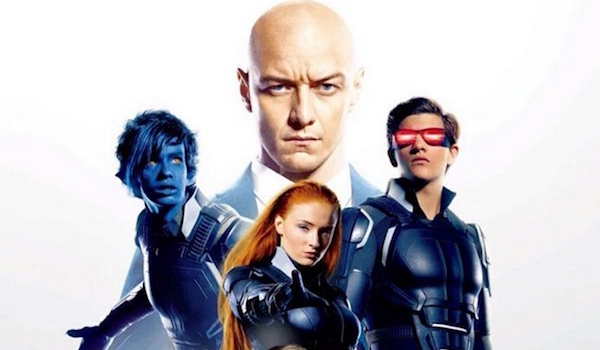 While DC and Marvel’s current films show us heroes who duke it out with one another, the greater battle seems to be between the franchises, instigated by the obstinate fanboys. Critical acclaim and box office success are irrelevant when the shots fired ultimately come down to tone. DC movies get hate for being too dark and brooding, a major criticism with Batman v Superman: Dawn of Justice. Meanwhile, Marvel gets attacked for being too kiddie and family-oriented, though their Disney-approved formula seems to be the more profitable one. The extremity of these tones would suggest these franchises don’t belong in the same genre, but this contentious discussion pushes both properties to their absolute brinks. And in the heat of this endless argument, another franchise stands confidently with a strategy that can please both parties. We are, of course, talking about Fox’s X-Men series which, excusing a couple missteps like X-Men: The Last Stand, has provided some quality offerings. The films find a healthy balance between Marvel’s lighthearted fun and DC’s serious subject matter to make the series a worthy contender to rise against the cinematic universes.

Most of the X-Men films have been shaped by Bryan Singer who, with X-Men: Apocalypse, will have directed more films of a single superhero series than anyone else. When the first film was released in 2000, Singer took a pretty serious stab at a comic book property much akin to what Christoper Nolan did with his Dark Knight trilogy. As a comic ripe with themes of prejudice and discrimination, the subject was played straight with a tone set brilliantly by an opening scene of Magneto revealing his powers during the Holocaust. With the sequel X2: X-Men United, Singer injected a little more fun with some thrilling sequences such as Wolverine taking down an army in the mansion. The style was still a bit heavier than Sam Raimi’s bright Spider-Man at the time, but the films were not dour or depressing, as seems to be a condition set in post-Nolan superhero films.

While Batman fights Superman and Team Cap is against Team Iron Man, the clashes of ideologies have never been stronger than as presented between Charles Xavier and Magneto. If Patrick Stewart and Ian McKellen weren’t perfect enough in their portrayals, we got James McAvoy and Michael Fassbender to play their younger selves. Still not perfect enough? We got all four of them to be in the same movie. Some of the best drama of any superhero film can be seen in Xavier and Magneto playing chess in Magneto’s plastic prison in X2. The chess scene in X-Men: First Class perfectly demonstrates their mutual respect which is hindered by the resenting opposition of their views towards mutant/human equality. Magneto is inevitably the “villain” of the story, but his tragic upbringing and rigid outlook on life make him a complex, relatable character, making him an honorable choice for Marvel’s finest adversary.

In X-Men: Days of Future Past, we are even given a scene where the two Charles’ meet for a brief encounter. It’s a tender moment where a young, broken Xavier is inspired by his older self and realizes the hope the is essential for peace between mutants and humans. We’re then given a quick montage of students walking through the halls of Xavier’s schools with soft piano playing over. This quiet, artistic expression is not necessarily one promised with a big budget blockbuster, but certainly elevates the narrative with emotional resonance. This is in the same film as the infamous Quicksilver scene, a wondrously effective scene of comedy that furthers the plot and gives a nice character spotlight. The tonal density that Singer instills in his X-Men films is the evidence of a skilled filmmaker who not only understands the infrastructure of the comic medium but also the cinematic language to properly translate this title into a worthwhile film.

Are you excited for X-Men: Apocalypse? Let us know in the comments section below or send us a Tweet!