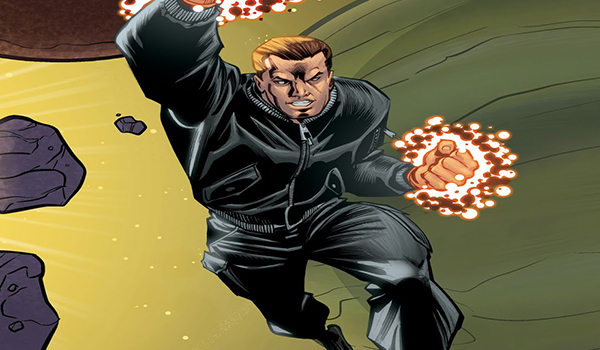 The Actionverse series provided readers of indie comics a new way to explore the characters and the world they love so much. By combining various indie comic book characters into a single universe and story, the world of indie comics was given a serious upgrade. We could finally see what would happen if Midnight Tiger and Stray met and decided to become friends. Or what would happen if Molly Danger was thrown into the mix. Suddenly, the possibilities became endless and thanks to the talented writers of all these beloved indie serials, we were given a new perspective of what indie comics can become in the future.

While the first arc had its ups and downs, there were certainly plenty of enjoyable moments throughout the story. Below are the six best moments in the Actionverse series. Suffice to say, there are spoilers and it is highly recommended you check out this series before reading any further. 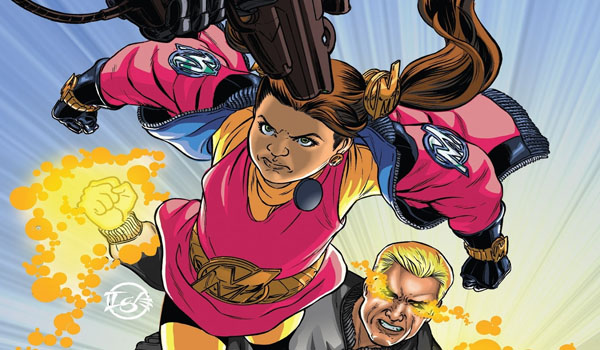 While characters from other series had been introduced by this point in time, Molly’s introduction provided readers with the sense of bigger and better things to come. It was the first moment when the series was starting to feel grand as all these characters came together. Not to mention, her introduction appears at the very end of the first issue, leaving the readers feeling a sense of excitement and eagerness to continue the series. 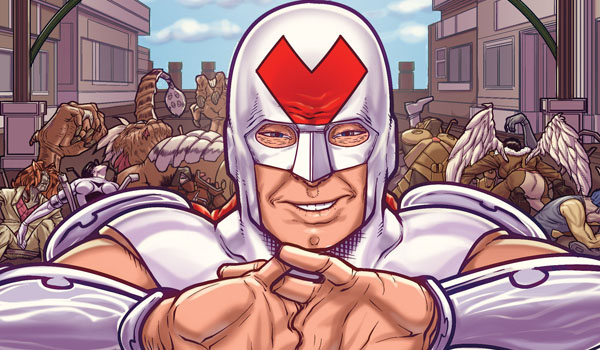 It’s never easy to see a character meet their demise but Virtue’s death was an important element of the finale for a number of reasons. After witnessing Virtue’s death, it’s clear that as the series will hopefully progress, no character is safe in the end. Considering these characters are written by individual writers, that’s saying a lot. Furthermore, Virtue’s death added a depth to the finale that overall was lacking. It was the one saving grace of the ending, a moment where readers could take the story and subsequent stories seriously. And, it was also a surprise which is not always easy to accomplish in writing. 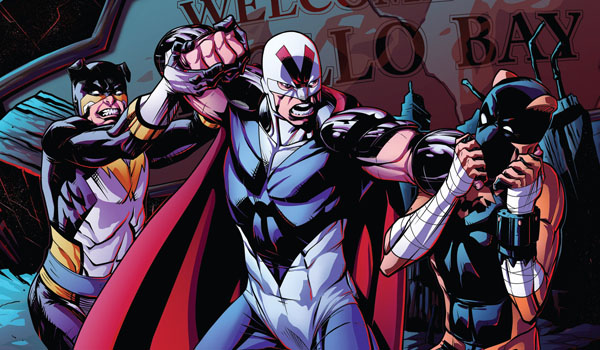 By far the biggest battle of the series is when Molly, Stray, and Midnight Tiger take on Virtue. While some characters are knocked out of the game sooner than I would have liked, the battle is grandiose and gives the readers an epic battle we had all been waiting for. Because if you’re going to make a universe where indie comic book characters are coming together, there simply has to be a battle involving all of them. And this one delivers. 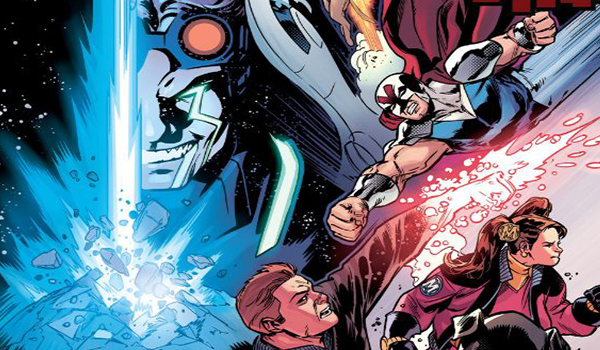 When Cascade gets his upgrade at the end of part 5 and into part 6, a new bar is set for this villain. Prior to this moment, Malice was threatening in his actions but lacked the “look” of a true villain. And as soon as this new look with his tight black spandex and piercing green eyes, the game immediately changes. He is the epitome of a super villain. His design is sleek, he looks threatening, and he becomes more threatening. The level of danger for our heroes increases and the expectations of just what Cascade is capable of also increases. He’s a worthy adversary to our team that has grown since the last time the two sides faced off. 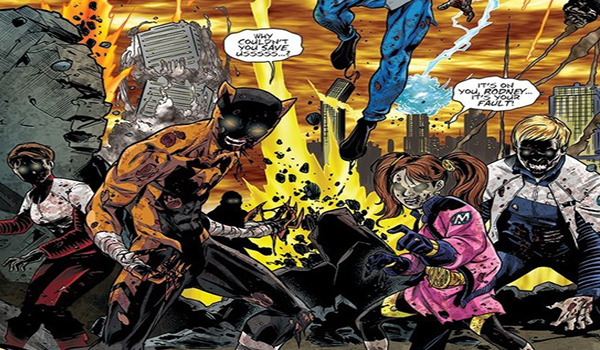 Stray’s vision depicting the team as undead in a post apocalyptic world demonstrates the greatest of Actionverse’s strengths. The artwork by Sean Izaakse during this scene is absolutely stunning. The colors and shading set the mood for this dark sequence. The storytelling provides us with a sense of mystery that could potentially lead to future stories with these characters. It’s everything you want in a new developing world and it delivers. 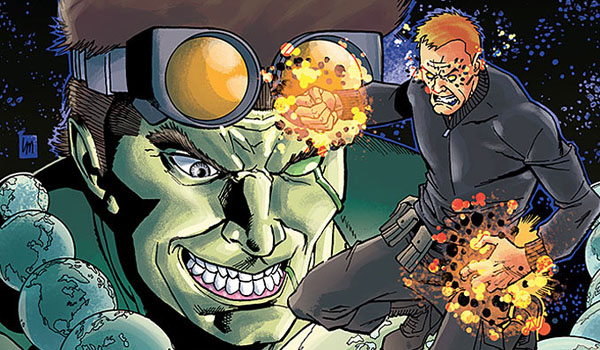 From the moment you read page one of Actionverse #1, you know you are getting into something special. The set up is executed flawlessly to the point where it’s actually better if you are just being introduced to these characters. There is a sense of mystery and we are introduced to the first character, there’s several big reveals as the world is being unravelled, and there’s plenty of action. Characters come to life in the first issue as we’re given a sense to this world that is being created before our very eyes. It’s everything you want in a perfect set up.

You can purchase your copy of Actionverse #1 through Atomic Empire’s website. Get your copy today! Once you’ve read your copy, let us know what you thought of it on Twitter or in the comments section below!