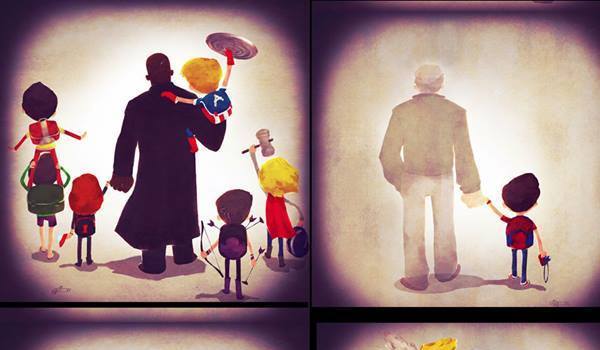 In a world where superpowers, time travel and trees with a limited vocabulary that melt your heart are an everyday occurrence, one of the most elusive things of all is a solid family unit. With the upcoming Hallmark Holiday that is Father’s Day approaching, some Marvel characters may have ill-will towards the holiday. They may even go so far as to not buy a last minute crappy gift. We can’t all have an Uncle Ben in our lives, gently teaching about powers and responsibilities.  We also can’t always rely on freak space accidents or a Holocaust to give us a good villain.

For the list, we look at the top ten Marvel comic characters who have appeared on the big screen (film studios be damned) that have a damaging relationship with their bad dad or father figure. It’s almost too easy to blame the dad, so let’s. 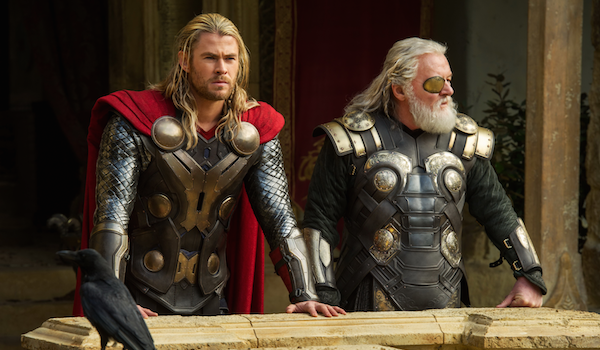 Some children have trouble living up to the expectations of their parents. And then sometimes their dad is a god. It’s just fuel to the fire. At the beginning of Thor, the titular hero is arrogant, and next in line for the throne of Asgard. Dad Odin does not like his attitude, and kicks him out of the house, to say the least. That initial arrogance however, was fostered by Odin, and it’s partially his fault for not nipping that trait in the butt earlier. He strips Thor of his powers and plops him in the middle of nowhere too. Then immediately after exiling him, he takes a long nap. Tough love came swiftly.

I’m not sure if Peter Quill really realizes how serious his daddy issues are, with not one but two father figures awful in their own special ways. Star-Lord definitely has no clue his actual father arranged for him to be abducted from Earth moments after his mother died by his other father figure, blue Yondu. That may or may not be a subplot for the sequel, dealing with his emotions. Meanwhile, in Guardians of the Galaxy, Yondu wants to kill Quill for double-crossing him and citing the fact he didn’t eat Quill when he was a boy as a reason to be loyal. Quill doesn’t seem too perturb by this. He has friends now. He doesn’t need a good dad. Logic! 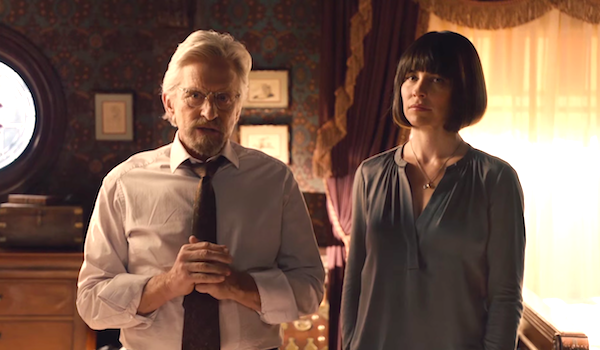 It appears at the end of Ant-Man Hope van Dyne and her father Hank Pym are well on their way to rekindling their fragile relationship. I guess 117 minutes and a training montage can do that to you. Prior to those very specific minutes, Hope and Darren Cross, movie bad guy, actively and successfully cut Pym out from his own company, Pym Technologies. Her resentment for her father stems from her mother’s assumed death while donning the Wasp persona, and for Pym not letting her play Wasp herself. In case the change of the last name was not enough of a screw you to Pym, kicking him out of his job in this economy is dangerous. I doubt she’d let him stay on her couch. 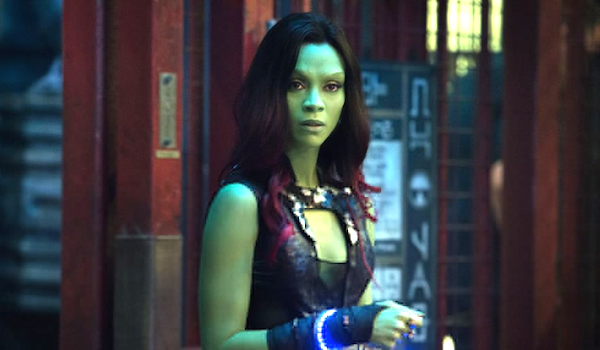 When we first meet Gamora in Guardians of the Galaxy, she’s the personal assassin to Marvel post-credit scene action hero Thanos. Turns out, Thanos personally killed her parents right in front of her face, then brainwashed her into serving him. Really the cherry on top of an otherwise ‘meh’ kind of day. She was able to snap herself out of it prior to the movie, and was just waiting for an opportunity to jump ship, which is why she’s not lower on the list. Making Gamora call him ‘father’ brings a sinister meaning behind the already creepy phrase “who’s your daddy”. 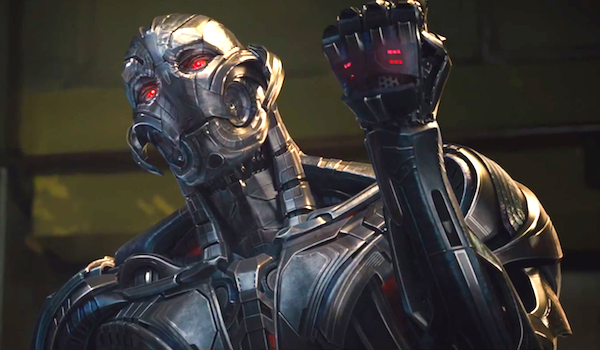 Calling your technical dad ‘a sickness’ isn’t the usual insult a rebelling teenager screams out before stomping up to their room to brood and play loud music. Plotting to destroy your dad, who happens to be Iron Man, all of his friends and life on Earth as we know may just be that teenage angst talking. Or hormones, but that aspect of Ultron wasn’t explored in Avengers: Age of Ultron. With the benefit of hindsight, the fact Ultron didn’t necessarily have a great plan or reason to destroying the world in the first place may be attributed to his age. Or his dad’s drinking. 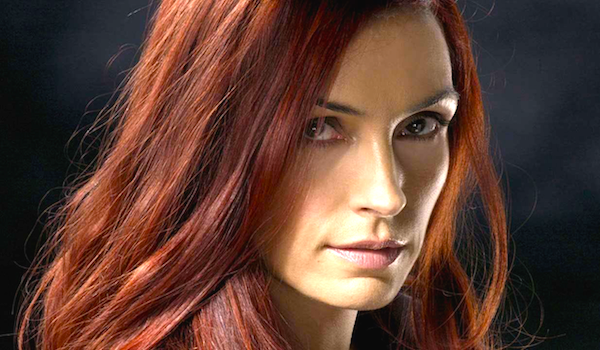 Don’t you hate it when your parent’s try to control your life? Jean Grey sure did. A butchered Phoenix story-line brought to you by director Brett Ratner’s X-Men: The Last Stand doesn’t forget to confront the more-than-a-student-mentor relationship between Jean Grey and Charles Xavier. If there was ever an issue between the two in the first two films, I can’t recall. I was probably too busy enjoying the movies to notice. In any case, it’s revealed Xavier began to repress Jean’s mutant abilities for years when her powers became too much to control. When those powers resurfaced and were free roaming, well, all that was left of Xavier was his wheelchair. 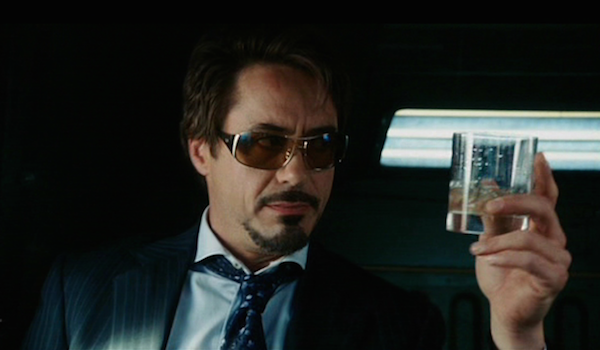 Ultron never had a chance with this guy’s inherited father issues. Like his father Howard Stark, Tony Stark is a forward-thinking, genius, billionaire, playboy, philanthropist. Those qualities unfortunately do not make the greatest parent. Case in point, Howard never spent much time with Tony before his life was cut short. He preferred to spend his time working or with alcohol, a trait he passed along to his son. In Captain America: Civil War, Tony even went so far as to try and create a new, holographic memory of his last encounter with his mom and dad. Unlike most of the dads on the list, Howard Stark wasn’t evil. But his disconnect to Tony left a bitter taste in his son’s mouth, and affected his life. 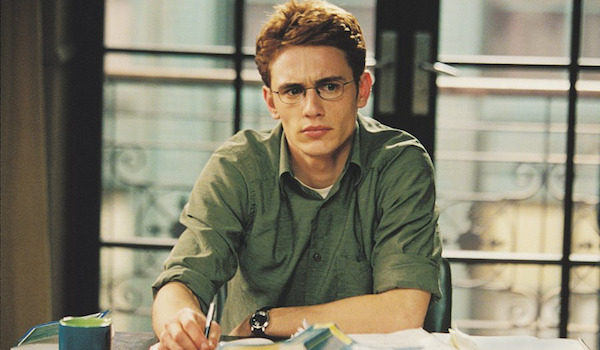 Are we sensing a pattern? Norman Osborn wasn’t too interested in Harry. Killing people really puts a dent in your schedule. Even before he went insane and became the Green Goblin, it was clear in Spider-Man Norman was more into Harry’s best bud, Peter Parker, hopefully for his keen scientific mind. That desire to make his father proud extended beyond Norman’s death, and one conversation with Norman’s crazy mirror inspired Harry to be a cheap looking Hobgoblin on a hover board. 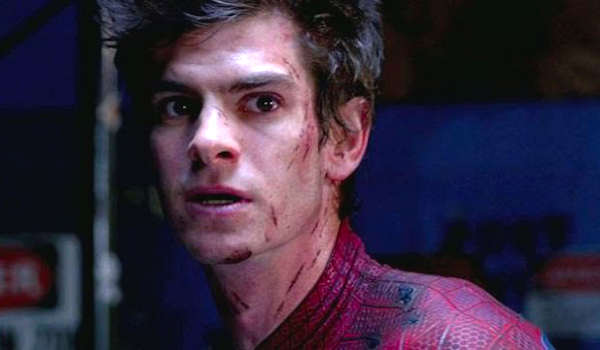 Good grief, how many father figures does this particular incarnation of Spider-Man go through? At least three, and if the franchise continued under Sony, there would’ve been probably two more added to the roster. Peter Parker’s actual father Richard dumps him on his Aunt and Uncle’s house in The Amazing Spider-Man. Then Uncle Ben, of course, goes out like a punk on a New York City street corner. To wrap things up, he’s haunted by Gwen Stacy’s ghost dad in the sequel. At least he had Gwen… Hopefully things pick up for him at Marvel.

Marvel’s bad boy extraordinaire. This guy did not have a chance at all. His real father left him to die when he was a baby because he wasn’t the right kind of “Frost Giant”. Like there’s a right kind. Odin raised him as the adopted Asgardian prince, but years in the shadow of the mighty Thor made Loki a tad resentful. It also made him charming, but still a power hungry psychopath. His quest for power outweighed any fatherly love for Odin, and made multiple attempts to claim the Asgardian throne.  Thor: The Dark World ends with Loki impersonating Odin. Who knows what he did to Odin? Maybe he made Odin take a nap.

Which Marvel movie character do you think has the worst relationship with his/her father nearest and dearest? Sound off in the comments or send your thoughts over to us on Twitter!