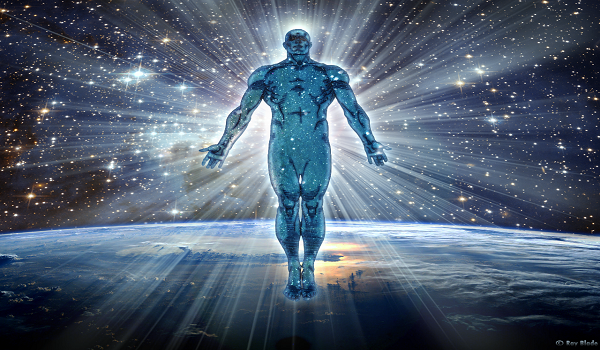 Watchmen is a cult classic. Written by famous comic book writer Alan Moore, Watchmen, published in 1986-1987, gained a following for its realist view on the superhero genre. It had long since been named one of Time Magazine’s 100 Best English-Language Novels Since 1923. Within the pages of Watchmen, we were introduced to a variety of characters like Rorschach and Dr. Manhattan. Dr. Manhattan was the only super-powered being in Watchmen.

He literally was like a god—he had powers beyond anything anyone had ever seen. There was a lot of metaphysical discussion and philosophical discussion and Dr. Manhattan brought the question of “What it means to be human?”  Dr. Manhattan had so many powers at his disposal, including super-intelligence and foresight. As the only powered person, he had some pretty impressive moments. 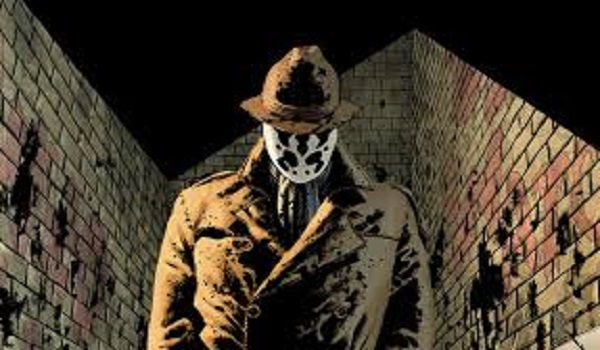 Rorschach was a man on a mission—to uncover the plot to rid the world of masked heroes after the death of the controversial Comedian. He risked a lot to visit Dr. Manhattan and his girlfriend, the second Silk Spectre, Laurie, in their government lab housing situation. He wanted to warn them and discuss the death of the Comedian. Being as Rorschach unsettled Laurie and started making her upset, Dr. Manhattan told Rorschach to leave and the second time saying it, teleported Rorschach out of the government base, leaving him vaguely disappointed that he hadn’t said what he needed to say. Dr. Manhattan had that power to instantly tell someone to leave and make them.

5. He disappears a bunch of a hecklers 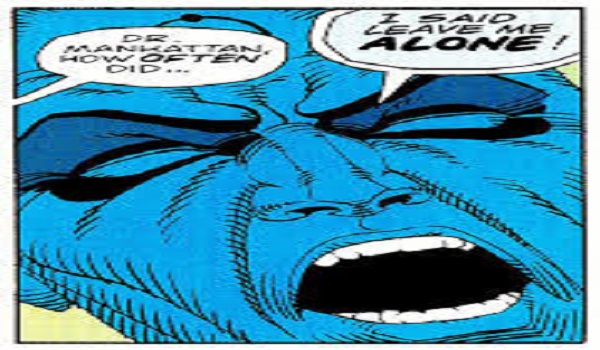 Being the symbol of American power in the Cold War, Dr. Manhattan constantly went on televised broadcasts. He did not think anything of it when someone questioned him about his radiation causing his old girlfriend’s cancer. It turned into a media circus, with Dr. Manhattan being targeted—what made it worse that Dr. Manhattan knew that Laurie was off with Nite Owl and he knew what was going to happen between them. It became a mob scene and for someone who was supposed to be higher than emotions, he freaked out and yelled “LEAVE ME ALONE!” He disappeared everyone in that building. 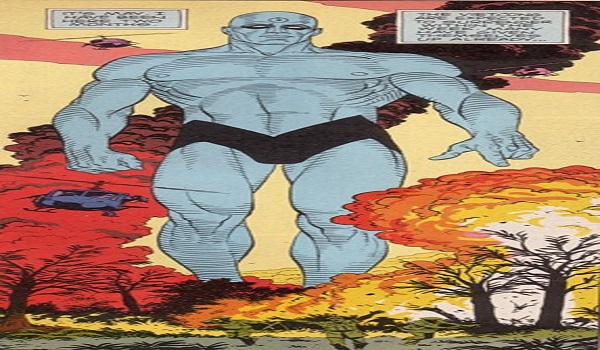 In Dr. Manhattan’s musings, he thought back to when he was sent to Vietnam where he first met the Comedian. Once Dr. Manhattan arrived in Vietnam, it took two months before the Vietcong wanted to surrender. The Vietcong were terrified of what Dr. Manhattan could do, but there was also a religious awe. Dr. Manhattan’s interjection into Vietnam made it possible for this Earth’s Cold War going in a very different direction for the world and for the role of the United States. 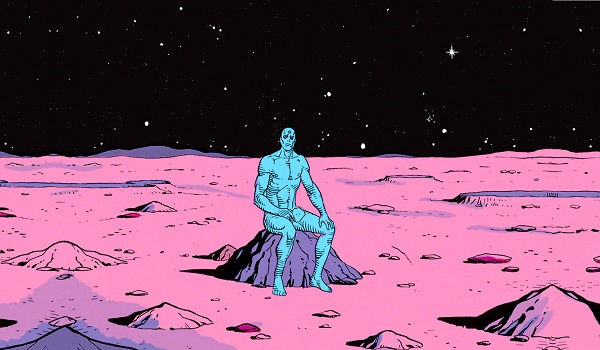 After the incident at the television studio and the fact that Laurie left him, Dr. Manhattan left Earth for Mars.  He was sick of humanity. What did they have to offer him? There was nothing left holding him to Earth—his tether Laurie no longer wanted him. It can take a lot to decide to up and leave the place you have always known—it is especially important for Dr. Manhattan who was human but became something post-human. He basically when on a journey of discovery.

2. Choosing to Return to Earth 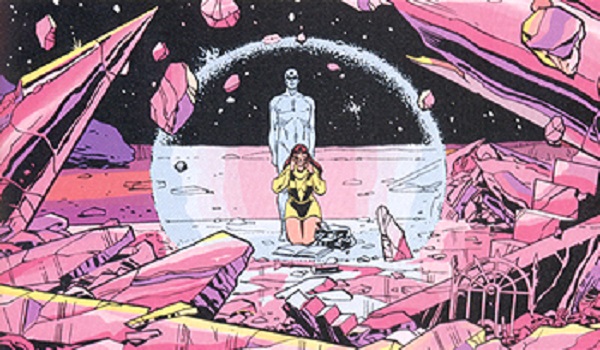 Even more important than ditching Earth for Mars, it was Dr. Manhattan’s decision to return to Earth to do something that was especially great. He brought Laurie there to debate whether or not humanity was worth it. He took her into her own memories and the life of her mother, the first Silk Spectre—like he was trying to understand something. Upon the discovery that even though the Comedian raped the first Silk Spectre, she still fell in love with the brute of a man and therefore, Laurie was born. Laurie’s existence unwittingly caused him to see worth in humanity because out of all the possible children of the Comedian and the Silk Spectre, she was born.  A miracle in itself. So, he returned to Earth to discover that Adrien Veidt was behind everything to save the world. 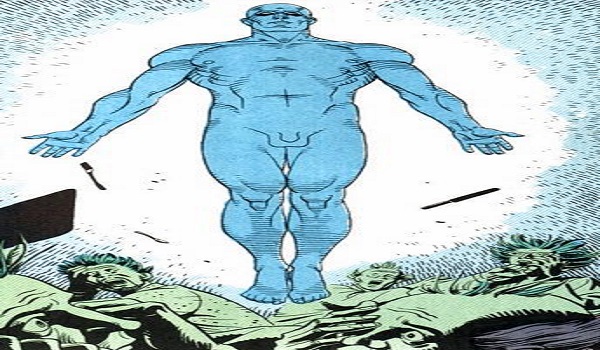 Once the group of heroes reached Veidt’s Antarctic base, Dr. Manhattan was blasted with tachyons and disintegrated, but it took mere moments for him to reconstruct himself. He appeared larger than life. His large blue hand breaking through the wall with Dr. Manhattan proclaiming, “I am disappointed, Veidt. Very disappointed.” You would think that this was a guy you don’t want to disappoint or piss off. He proclaimed Adrien Veidt, Ozymandias, a termite beneath him. It was a pretty awesome moment.

Dr. Manhattan continues to be an influence in the comics, especially with the recent developments in DC’s Rebirth. He’s become a meta-god. If you think I missed something, give a shout out in the comments.

Are your best Manhattan Moments included here? Sound off in the comments or send us your thoughts on Twitter!