Home » SECOND LOOK: Injustice: Gods Among Us YEAR ONE 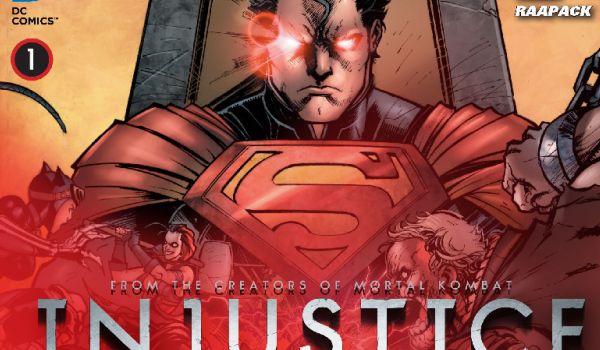 Based on the video-game of the same name and written by Tom Taylor, the Injustice: Gods Among Us comics takes a well-known group of superheroes, the Justice League, and literally splits them in two. How does this happen? Well I’m here to walk you through it. Caution: There will be spoilers ahead. Gritty, gruesome and gloomy spoilers.

It all starts with Superman. He’s happy. His life is perfect. Metropolis is in no immediate danger, and things are going well with him and Lois. One night he wakes up to hear two heartbeats coming from her. Another Kryptonian is on the way! Can you imagine how happy that makes him? Well, Jheremy Raapack, the illustrator, makes that pretty clear. But the happiness doesn’t last for long. Enter, The Joker. He tricks Superman into killing Lois, his unborn child and everyone in Metropolis. Why? Because he’s an easier target than Batman. And so, The Man of Steel goes from having everything to nothing, and he is understandably furious. How does Superman respond? By punching a hole through his chest, and it’s downright brutal. 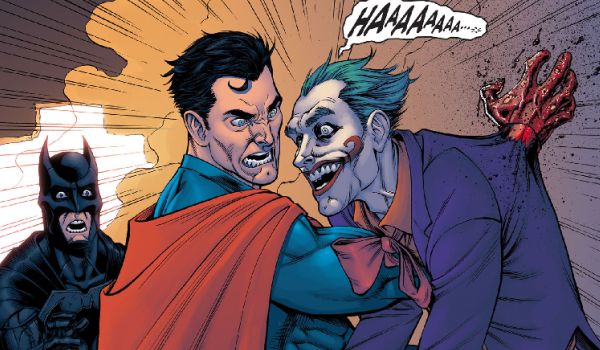 And so the downward spiral commences. Superman calls for a global ceasefire. Sorry, not calls, demands a global ceasefire. It’s world peace by any means necessary, and in this case it’s by force. But this doesn’t go down well with the US government and they execute a plan to blackmail Superman into submission by kidnapping his parents. Bad move, guys. Bad move. It only fuels Superman’s motivation to enforce world peace and the rifts between the Justice League widen with every passing second.

After Superman finds his parents, he also finds a survivor in the wreckage of Metropolis. And it’s not who he expected. He (as Clark Kent) then publicly addresses the world and assures them their safety is his number one priority, and seconds after that hundreds of thousands are killed in an alien invasion. And so just when you think things might get better, it gets ten times worse. Superman is pushed to his moral limits, and puts an end to the invasion. But at a cost. This sees alliances form and moral compasses skew as Batman forms a team to fight against Superman. These are the sides you will be familiar with if you’ve played the video game, but in case you haven’t, have a look below.

We then discover that Superman has acquired the means to enforce his will all over the world with a super serum, giving ordinary people incredible strength and durability. Naturally, Batman is concerned about this and tactically plans to acquire the serum himself. He ultimately achieves this but things go horrifically wrong and the downward spiral turns into more of a plummet. In the process of this, Batman’s identity is revealed to the entire world and he faces off against Superman. 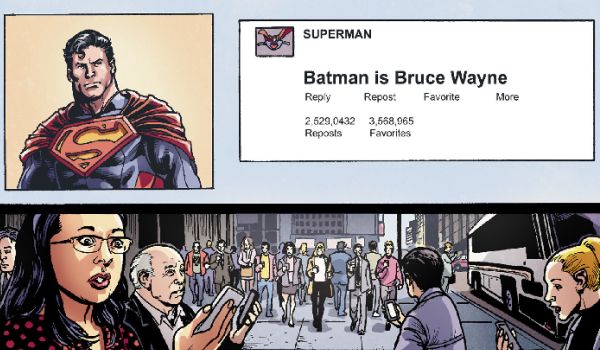 But this civil war of superheroes is not the blockbuster-type action sequences of two opposing teams that we’ve recently seen. This is far more complex. The storyline is so well written it’s both captivating and emotionally draining. There are multiple perspectives as well as jumps back and forth in time in a way that’s not difficult to follow at all. What’s great about it is that you get to see how the major characters deal with each situation. We get to see how adamant or conflicted they are in the decisions they are about to make.

The detailed level of characterisation creates this interesting juxtaposition of imagery by having costumed superheroes stripped down to their emotional and moral core. There’s so much depth to the individual stories and the overarching plot that it makes it hard for you to just pick a side. It’s not as clear cut as that because nothing the characters do is without consequence. Some of which turn out to be deadly. Superheroes die. Canonically. A few in the most tragic of circumstances, and others are brutally murdered. It’s by all means not a pretty sight, but it makes for an excellent read. 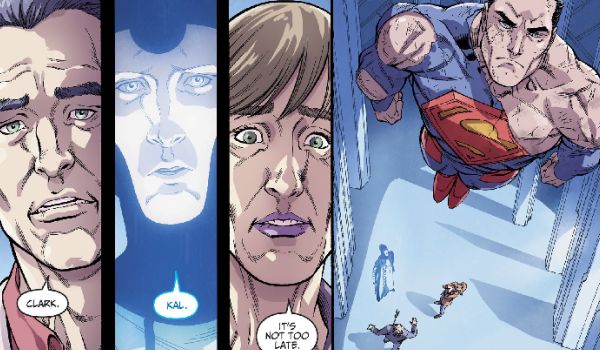 Injustice Gods Among Us: Year One is available for you to buy and have a read yourself at ComiXology. I deliberately left out some info, like who dies etc., because that would just ruin the fun. If you’ve read it already let us know that your favourite part was, and whose side you’re gravitating towards. You can use the comments section below or our twitter. Next time I’ll be giving you the rundown of Injustice: Year Two! See you soon!