Home » Age of Cinematic Universes: The Legend of Zelda 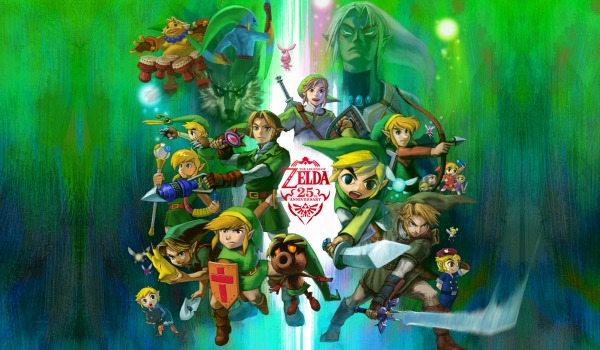 On paper, The Legend of Zelda looks and sounds like a pretty easy concept to adapt to film. It is quite similar in tone to The Lord of the Rings and other such big epic fantasy franchises, has an ever changing mythology and each new installment involves a new story in a new era of Hyrule. However, there in lies the problem. The entire Zelda franchise is set in a complicated, often confusing timeline which Nintendo took nearly thirty years to properly address and organize in the form of the Hyrule Historia book. Would a direct adaptation of the games be the right way to go or should an original story cherry picking elements be more appropriate?

Thankfully, each game in the series does follow a basic story pattern featuring our hero Link, Princess Zelda, the villainous Ganondorf, and the magical Triforce, each piece owned by one of the three characters. Personally, I would go with a mixture of an original story and an amalgamation of the whole series. There are many ways to go, but keeping it simple would be a good approach to introducing new audiences.

Hyrule was created by three goddesses who left the Triforce behind and it is sought by many parties, the pieces of Wisdom and Power ending up in the hands of Zelda and Ganon. Ganon, who could be portrayed as the evil advisor of Zelda’s father, turns traitor, kills the king, and chases down Zelda to obtain her piece of the Triforce. Zelda disappears, leaving her piece to her servant/bodyguard Impa, who ends up crossing paths with Link, the predestined hero of Hyrule, and gives him the mission to find Zelda and complete the Triforce. Over the film, Link should gain his iconic outfit and weapons, with the Master Sword being the money shot of the whole thing and for YouTube viewers to drool over in the trailers.

A big question is should Link speak? A whole film led by a mute protagonist has been done before, and you do not always need dialogue to show a character’s personality. Charlie Chaplin pulled that off for his whole career. It might be a bit off-putting for certain sections of  a potential audience, but it might cause even more of a ruckus by having Link speak onscreen. He has been given a voice beforehand, in the notorious animated series where he was a whiny jerk, and the CD-I games, and less said about those abominations the better. Introducing a sidekick for Link could be a good idea. Navi, perhaps, but made less annoying and more of a likeable character? Maybe Zelda could show up as her alter ego Sheik, or even have Impa along as the companion. Heck, I’d take Midna from Twilight Princess.

Hyrule is a vast world to explore, and I would be happy to include the Gorons, the Zoras, the Kokiri, etc. The complex mythology doesn’t necessarily have to be explored that far, since a lot of it are connected to certain games. More complicated things like the Temple of Time, the goings on in Termina and Skyloft could be spared for later films. Or an even crazier idea is that a film franchise is made by directly adapting each and every film in either the order of their chronological releases or following the order of the timeline starting with Skyward Sword. However, doing a new film focusing on different incarnations of Link and Zelda every time could lead to its downfall by (somehow) boring audiences.

But, perhaps the biggest question for a potential  Zelda film is should they be in live action or animated? Personally, I would have say a potential Mario film remain animated, and would give Zelda a go in a live action setting. Of course, this would prevent both franchises from crossing paths, unless there is a weird transition from one style to the other. And if a crossover was accomplished, how would future meetings with say Samus Aran or the cast of Star Fox make sense. But, hey, if Avengers Assemble can pull off the successful meeting of so many different genres, maybe a Nintendo cinematic universe could too.

Would you like to see proper films based on Nintendo properties? Would you go to see a Zelda movie? Leave a comment below or on our Twitter feed