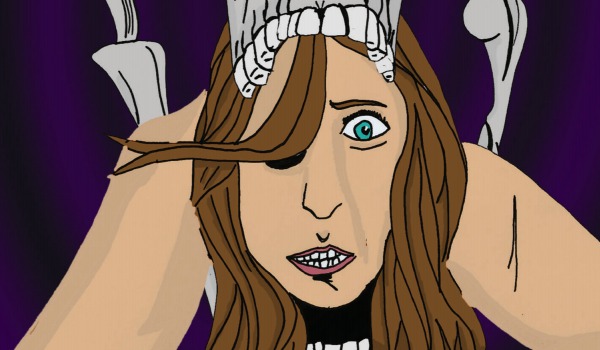 When I write a review I try to look for the good in what I am reviewing. Nobody sets out to do something bad and I know how hard it is to create something and send it out into the world to be judged. That being said Transplant is one of the most dreadful comics I have ever read and only the truly hardcore horror fans should seek it out.

The story is something we have seen a hundred times before in supernatural stories. A young man receives a heart transplant and begins to have dreams about his heart and the woman. What follows is a simple investigation where he finds the woman made a deal with a gypsy to take over his body after the transplant. This is a very cliché story and done many times in this genre. However if there is a way to bring something new to the table or wink knowingly to the audience then it can be usually forgiven or show that there is a reason for doing something familiar.

Unfortunately, Transplant does neither of these things and instead comes across of the comic book equivalent of a bad direct-to-DVD movie. Even those can sometimes give one a cheap thrill or fun time where with this I was just bored. The one highlight for me is the creator has included a code into the book with a cipher to figure it out if you feel inclined to. This is a fun and interesting idea although in the end it is not enough to make me recommend this comic for everyone. 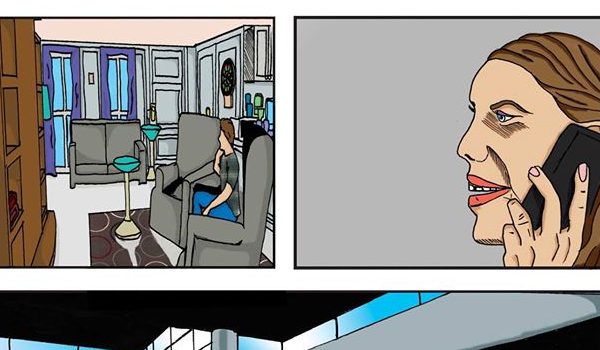 What really makes this an appalling comic is the artwork. This is probably the worst artwork I have ever seen in a comic book. The character designs are ugly and are not drawn consistently. The speech bubbles are also sometimes weirdly placed covering character’s faces. It seems a very easy thing to fix especially since seeing a character’s face is as important as reading the words since that is how we read the reaction of the character. There are also some instances of characters drawn at weird angles that seem unrealistic.

In particular there is a panel of a character walking up the stairs but it looks like she has tripped instead of simply climbing some stairs. The backgrounds are also nonexistent in most scenes and those with backgrounds are done inadequately. In one scene we see a hospital building with a sign that just says hospital on it. It would have felt more realistic if there was a name for the hospital, whether it be a real one or a fictional one.

As I said at the beginning I do not really know who to recommend this comic to. The only ones I could see finding some enjoyment out of this comic is those who are hardcore horror fans. Even those will probably be put off by the horrendous artwork and hackney storytelling. If you still want to take the chance and check it out go ahead but for everyone else I would say stay away from Transplant.

If you have had the chance to read Transplant let us know what you think in the comments and/or on twitter.