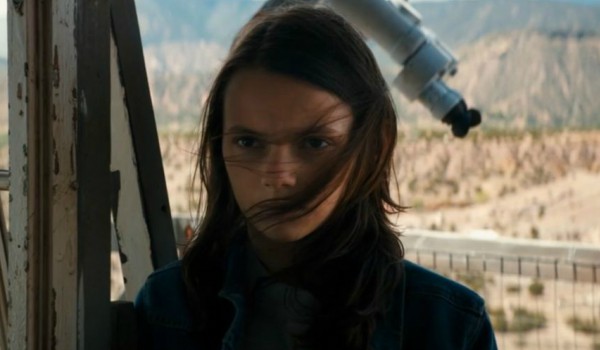 Logan comes out on March 3, 2017. From the trailers, it looks like it’s going to be a really good X-Men related movie. Naturally, Professor X (once again played by the awesome Patrick Stewart) and Logan/Wolverine (the last full movie for Hugh Jackman as said character) are the two primary characters. But there is a third primary character and her name is Laura/X-23.

In the comics, Laura Kinney, known by the codename X-23, is the clone daughter of Wolverine. She is a product of the Weapon X project like some other of the most well-known Marvel comic book characters. In the comics, she’s already a teenager/young adult woman.

In Logan, Laura is an 11-year-old girl. Her actress is Dafne Keen. Keen is a relatively new actress, but she is the daughter of an actor and a theater director/writer. Her other role was in the show The Refugees. Honestly, from the trailers, she holds herself quite well against Jackman and Stewart and I think she does a great job.

The similarities between Laura and Logan are uncanny. She’s very taciturn. In one scene, she’s in a gas station convenience store and she does not care nor probably understand that she has to pay for the food. Logan’s pretty exasperated with her, but when she’s not looking, he steals some stuff himself. (Like father, like daughter, am I right?) Her blood-lust is very dangerous. She’s highly dangerous and deadly. Her control is not good, but after all she’s a little girl who just escaped from a government experiment. They both were raised to be living weapons.

I can see already that she’s going to develop a strong bond with Professor X, Caliban and of course, Logan. I think that the relationship between Laura and Logan will be the cornerstone of the movie.

In the context of the movie, there has been no new mutants born in that past twenty years, so Laura is special. But Logan is much older now, there’s a kind of hopelessness about him in the movie. Logan was always a reluctant hero, but now that he’s in constant pain and in hiding with Professor X and Caliban, it’s worse because he’s tired. He doesn’t want to get involved with anything. This is where Laura comes in. She’s just this little girl, who’s both innocent and dangerous. She needs him and ultimately, he needs her. He needs her to see through her eyes and her experience to make him a hero again. For Laura, Logan will be the cornerstone relationship that defines her. Children, after all, especially ones raised to be a living weapon, are very impressionable.

For the future, there’s been talk about a solo X-23 movie, probably with her in her teenage years, post-Logan. I can see the character standing on her own. After the comic’s storylines “Death of Wolverine” and “Secret Wars,” the character of Laura/X-23 became the new Wolverine. From what I seen from the trailers and what I suspect, Laura in Logan will take up the mantle of Wolverine eventually, just in a world very different from the world.

I really am looking forward to seeing if any of my predictions concerning Laura come true. Logan looks to be one of the better X-Men movies. I have high hopes for the X-23/Laura character.

Are you excited to see X-23 in action? Sound off in the comments or send us your thoughts on Twitter!