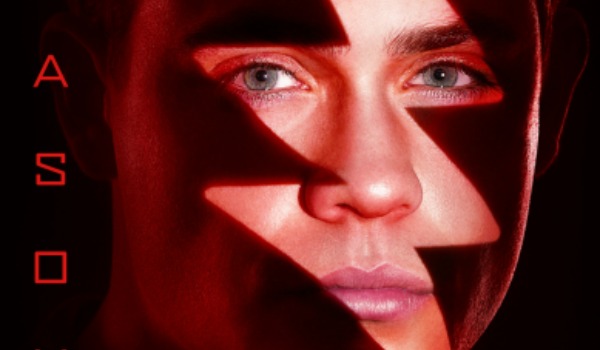 In this spring’s upcoming Power Rangers remake of the original American TV series, Jason Lee Scott, the Red Ranger, will be portrayed by Dacre Montgomery. The role of Jason is Dacre Montgomery’s first major role. He’s acted in some independent films, and an unaired TV pilot there (though he’s been cast in the second season of Netflix’s Stranger Things). In this character preview, I won’t be talking about the original version of the character, but what we can expect from this rebooted version of the character from what I seen thus far from the two Power Rangers.

From the trailers, I’d gathered that Jason has some serious anger and daddy issues. Fighting is his major problem, which I think landed him in detention where he meets the other future Rangers. Jason is also a football player, owing up to the jock image. His father seems not to know what to do with his son anymore.

In all honesty, I’m sure what his problem actually is. Is Jason dealing with something traumatic? Did his mom die and he’s lashing out? Or does his temper get him in so much trouble that he gets cut from the football team, the one place he feels the most comfortable? I’m not sure where they are going to take the character in the movie. There are a lot of unknown variables to actually get a real feeling about Jason in Power Rangers. The one thing that I do know is that he and Kimberly are going to be each other’s love interests, which as long as it’s not forced because they need a romance scene or two in it, I’m sure everyone will be okay with it happening.

It’s most likely that Jason, from what I seen from the trailers, does have a temper and issues with fighting, but it doesn’t seem like he’s a jerk-jock type. More likely, the fights he got into probably had to do with defending someone against bullies, in turn making himself in a bully of bullies. At least, I hope that’s the case. I don’t think that I or anyone else wants a jerk-jock as the Red Ranger.

The Red Ranger is always the leader of the Power Rangers’ team. Jason will be a leader already because of football (he’s probably quarterback or something), or have to come into the leadership role, given to him. This is the most important aspect of the character. He will have be a calm, even-tempered leader, which means that there will be tons of character development from him.

However, I hope that he doesn’t overshadow everyone else—especially not Billy, the character who was my favourite character back in the day. The friendship that Jason will forge with the others will be his saving grace. The whole deal with Power Rangers is about friendship, after all. A team who are friends, almost like family, fight together against the ultimate evil the universe throws at them, what’s better than that?

What do you think about Jason Lee Scott in Power Rangers? Sound off in the comments or send us your thoughts on Twitter!