Home » Injustice: Gods Among Us YEAR TWO Galvanises its Sense of Dread 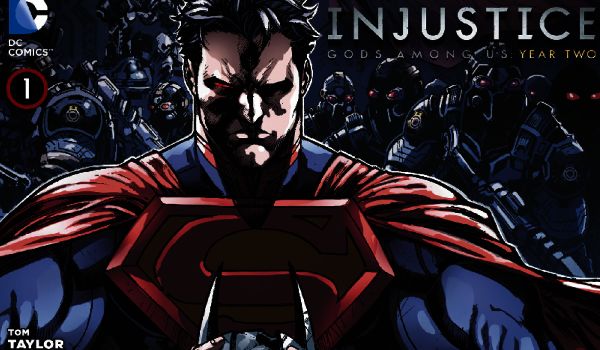 So you’ve heard of Batman v Superman, and Captain America: Civil War, now get ready for Injustice: Gods Among Us. Its Civil War meets Batman Vs Superman and it is gloriously thrilling, dark and bloody.

Based on the videogame of the same name and written by Tom Taylor and Brian Buccellato, Injustice takes a well-known group of superheroes, the Justice League, and literally splits them in two. How does this happen? Well I’m here to walk you through it. Caution: There will be spoilers ahead. Gritty, gruesome and gloomy spoilers.

New additions to the teams:

The Joker, tired of constantly losing battles with Batman, changes the fate of the world (and possibly the galaxy) by tricking Superman into killing his wife, unborn child, and pretty much everyone in Metropolis. Superman kills Joker in revenge and decides to put an end to all violence and corruption in the world by dismantling the Earth’s governments and dictatorships.

This doesn’t bode well with Batman, and his friendship with Superman deteriorates. The Justice League is severed in half, and when reason fails, a civil war of epic proportions breaks out and the casualties begin to tally up.

By the end of Year One, Batman’s Insurgency are forced to retreat as they realise their battle is unwinnable, but not before they acquire the means of levelling the playing field.

And that’s where we start with Year Two.

Well, not exactly. Year Two starts off with a flashback. Hal Jordan, Oliver Queen, and Dinah Lance. Three close friends at a bar getting a drink after saving the day. Hal feels like a bit of a third wheel with Oliver and Dinah. Some punk tries to flirt with Dinah – which doesn’t end well for them. It’s a badass but touching scene about three really close people who would do anything for the other.

Cut to the next scene. A funeral. Oliver’s. Several members of the Justice League are there, including Hal Jordan, who is still siding with Green Arrow’s killer – Superman. Make a note to add that to the list of friendships tearing apart.

Superman shows up after the ceremony to apologise to Dinah. Superman. Not Clark Kent. And Dinah is pissed. She provokes him and he’s quick to retaliate, unsurprising as Superman is incredibly short-tempered these days. Then Dinah reveals that she’s pregnant and she will have her revenge. 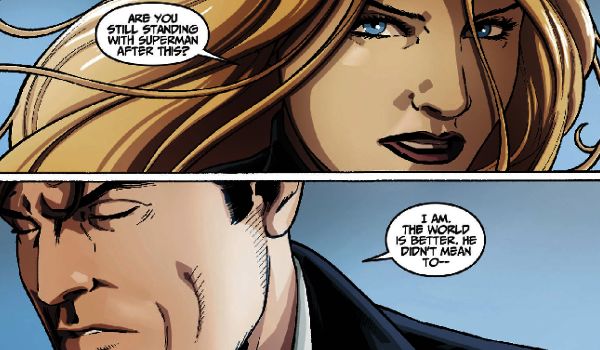 Elsewhere, Green Lantern Kyle Rayner is returning to Earth after a long mission but never makes it. He’s intercepted by the Sinestro Corps, who are powered by the fear of others. Sinestro warns of a war coming. A war Kyle won’t be alive to see.

Back on Earth, Superman is rallying his forces. With Wonder Woman out of the picture indefinitely, he needs a way to enforce his idea of global peace as the Justice League (or what’s left of it) is spread too thinly. Enter the Superman’s task force – an army of men strengthened to superhuman strength and durability by a little red pill. But they’re not the only ones with the pill.

Beyond the confines of space and time, in Dr. Fate’s tower, Batman is recovering from his fight with Superman. Back still broken and barely able to stand, he coordinates a take-down of Superman’s forces with the help of hacker/tech wiz Oracle, known by few as Barbara Gordon. With the help of Commissioner Gordon and several pissed off police officers they take back the streets of Gotham city and incapacitate several of Superman’s allies. 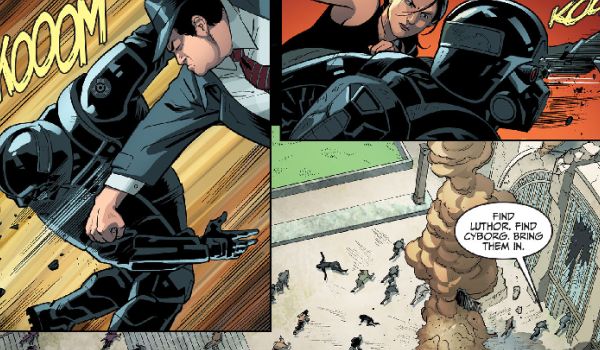 Superman on the other hand, receives a tip from Sinestro that the Guardians of Oa will try to interfere and give the Earth back to its people. But the people can’t be trusted, and neither can Sinestro. Yet, Sinestro earns the ‘trust’ of Superman’s allies after he hands over his power ring and warns that they will need him when the time comes. He’s right, of course. Ganthet of the Guardians comes along with large group of the Green Lantern Corps to bring Superman in. This includes Green Lantern of Earth Guy Gardner, who tries to prevent a fight from breaking out but doesn’t have much luck.

We’ve seen from Year One that when a fight breaks out between Superman’s Regime and Batman’s Insurgency the death toll is ridiculous, and this is no different. And at the end of it? Black Canary gets her revenge, and Superman gets a power boost like no other. (I won’t spoil it for you but it’s fucking incredible.) 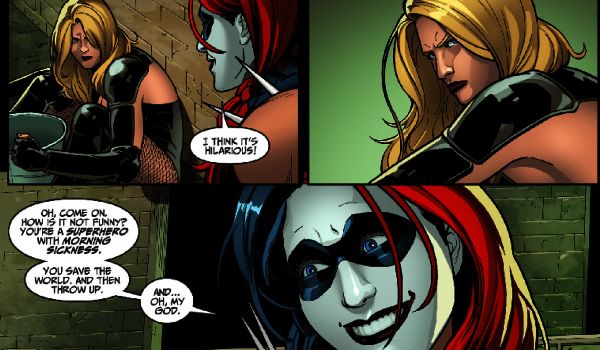 Another thing that’s incredible is how much you warm to Harley Quinn in this collection. We all know her for being the ditsy sidekick to The Joker, enduring his abusive behaviour and God knows what else. But here you really get to know her a lot better, and she’s a lot more than pranks and exploding cream pies. She shares a really touching scene with Black Canary about her past and her life, and it really gave me a new perspective of her character. Plus, she’s pretty funny, so that helps.

I definitely enjoyed reading this collection more than the previous one. Not to say it wasn’t good, but now that characters have been already established and sides already taken, it just dives right in and doesn’t hold back. The artwork and writing, like previously, is first class, but there’s something about the way the panels were rendered that added that extra touch of atmosphere. I felt a lingering sense of fear and dread, which became especially noticeable whenever Sinestro is about to kill someone. And it was almost as if he was drawing on that emotional response from me from within the pages.

Injustice Gods Among Us: Year Two is available for you to have a read yourself at ComiXology. I haven’t told you everything that happens in this collection because I honestly want you to read it and discover how brilliant it is. Besides, how else will you find out how Commissioner Gordon dies?

If you’ve read it already let us know that your favourite part was, and whose side you’re gravitating towards. Has it changed from last time? Or has it just reinforced your views? You can use the comments section below or our twitter.

Next time I’ll be giving you Second Look of Injustice: Year Three! It’s going to be magical! 😉