Home » 6 Things We Want from Suicide Squad: Hell to Pay 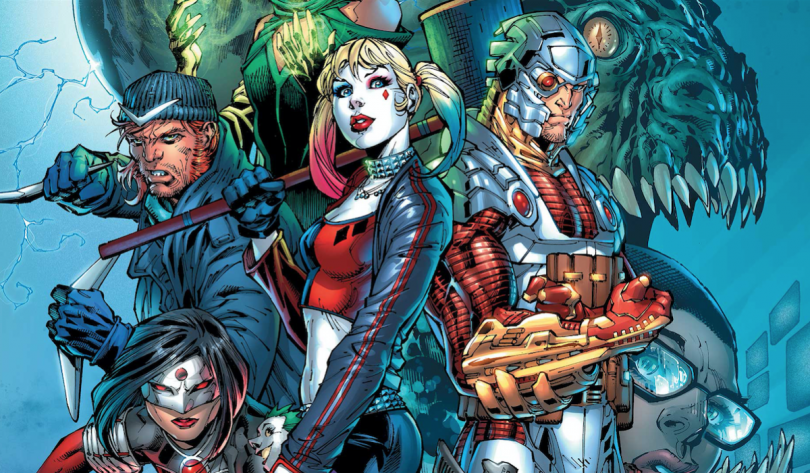 In the past few years, we’ve seen a number of on-screen adaptations of the Suicide Squad. On TV, we’ve seen teams in Justice League Unlimited, Smallville, and Arrow. In film, they’ve been featured twice: first in animated form as part of the Arkham game universe in Batman: Assault on Arkham and second in live-action form as part of the DCEU in last year’s Suicide Squad. These interpretations range in quality and popularity, but generally speaking most (let’s say all but the most recent film) do a good job of setting up the team dynamic and giving them an interesting mission to go on. In particular, Assault on Arkham remains one of the best DC animated movies to date.

At this year’s San Diego Comic Con, DC announced that they will be making another animated film titled Suicide Squad: Hell to Pay, set in their new animated shared universe which already contains a handful of Batman, Justice League, and Teen Titans films. To keep things from being repetitive, or even just going down the wrong direction, here are 6 things we’d like to see in the Suicide Squad’s latest feature:

6. Explore the Longevity of the Team 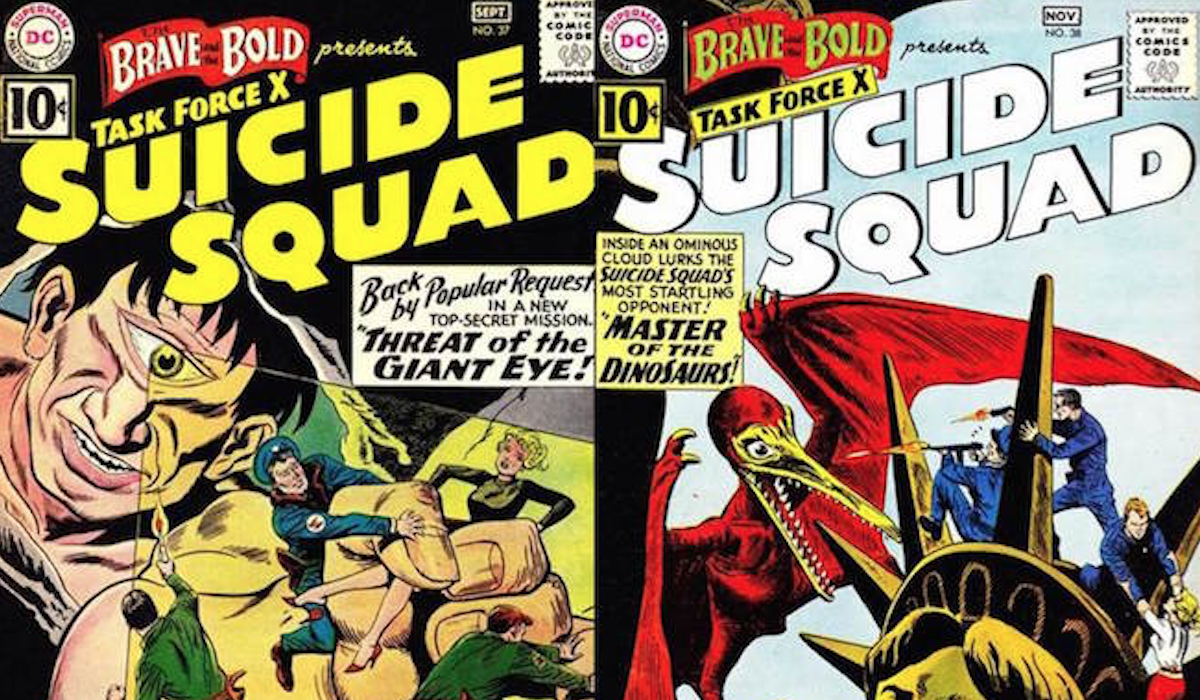 The Suicide Squad first started in the Silver Age of comics (mid-1950s to early 70s) as a group of science fiction adventurers working with the military to stop larger than life threats. By the 1980s, they were retconned into the team of supervillains we know today, but the first issues of this new Squad explained the team’s backstory and tied it into its new iteration by saying that in a grittier world, one has to fight by more dubious means. An animated movie can have a plot that ties together both iterations of the team, especially since team leader Rick Flag was a member of both.

The Squad’s decades-long history conjures up stories of government intrigue and espionage, and who wouldn’t want to see a ragtag group of villains take down an entire government. Plus, this backstory could add depth to the film’s shared animated universe, maybe even tying in other Silver and Golden Age heroes, like the Justice Society of America or the Forgotten Heroes.

5. Take Risks with Who Gets Killed Off 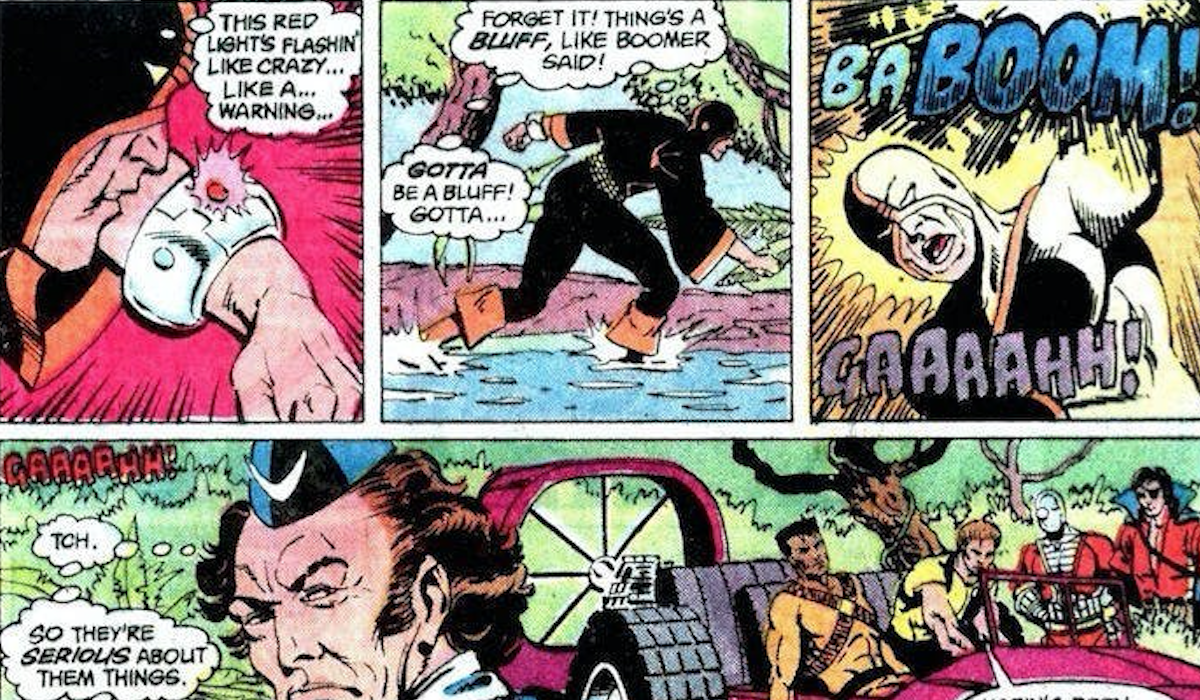 Part of the Suicide Squad’s appeal comes from the unique danger that any character could die at any point in the story. Realistically, when a movie like the DCEU’s Suicide Squad hires Will Smith or Margot Robbie, it is not financially viable to have them die in the middle of their first movie. An advantage of this animated adaptation is that it will be much easier to kill off any character the story demands because the cast can be less famous. No disrespect to voice actors, but they do lend an expendability to Hell to Pay‘s cast that the DCEU films will never be able to have.

This adaptation should lean into this danger and take risks with who does and does not make it through the film. If it’s going to feature a lot of the same players as other films (Deadshot, Harley Quinn, Boomerang, etc.), then what better way to keep things interesting than to kill one or more of them at some point in the film. We won’t be without the characters in every other adaptation, so it’s worth it to take the risk here while other films can’t. And no, killing off some nobody like Slipknot doesn’t count! Keeping the audience on the edge of their seats is a critical part to making a Suicide Squad movie work well. 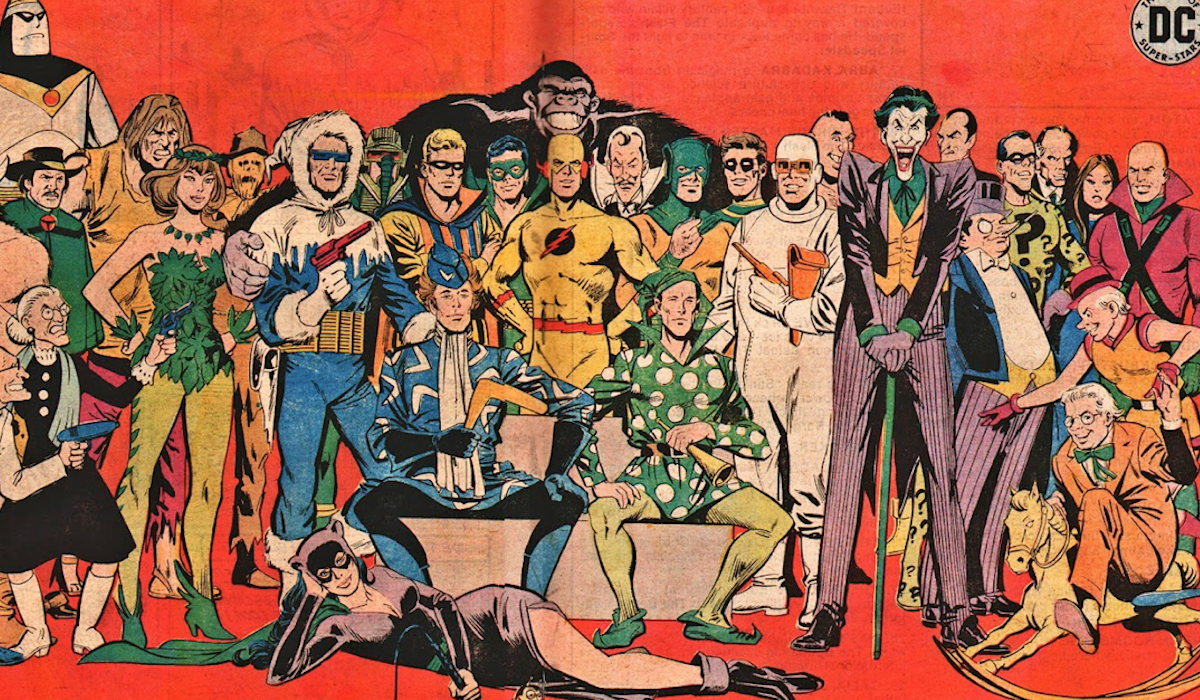 Speaking of featuring many of the same characters as other adaptations, in an animated world, it’s easier to have a larger array of characters that are either too obscure or too expensive to do in live-action. Assault on Arkham was my introduction to King Shark, Black Spider, and KGBeast, and the three were all great additions to the film.

This team should look different from ones in the past, but to be more specific, it should move away from almost entirely featuring Batman characters. It’d be great to see a team that featured Cheetah, Plastique, Chronos, Parasite, Doctor Light, Shade, Copperhead, etc. instead of the familiar roster we’ve gotten over and over in recent years. Hell to Pay could even feature non-human characters, like an alien villain stranded on Earth. For an animated film, it would be foolish to ignore its near-boundless limitations. 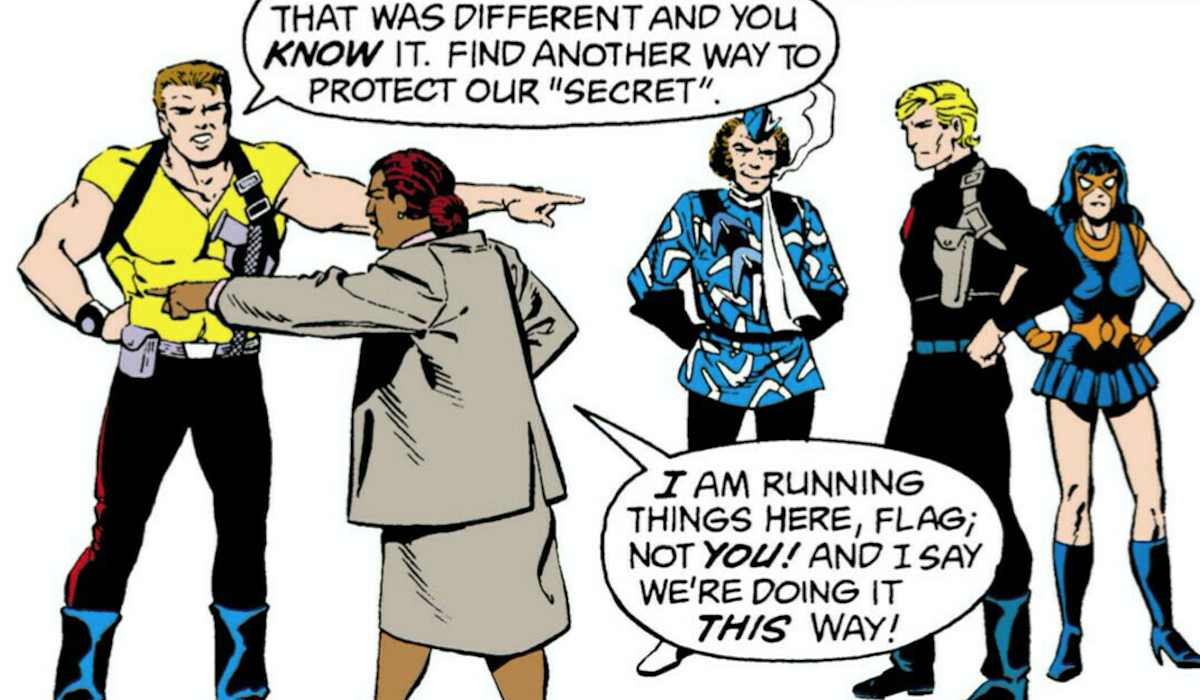 In a world of colorful, costumed, super-powered characters, the two government agents on the team can be easily overshadowed. Joel Kinnaman and Viola Davis gave serviceable performances, but neither one was memorable enough to hold their own against the other characters. C.C.H. Pounder‘s portrayal of Amanda Waller in Justice League Unlimited and Assault on Arkham was great and easily the most noteworthy version of the character so far. Waller and Flag are too important to leave out and when done right, are valuable contributions to the team. Waller is the tough, take-no-prisoners ringleader, while Flag is a reluctant hero who doesn’t know much outside of following orders. Together, a good pair of leads would ground this film and elevate the more animated characters around them. (And yes, bringing back C.C.H. Pounder is never a bad idea.)

2. Have Well-known Heroes as Antagonists 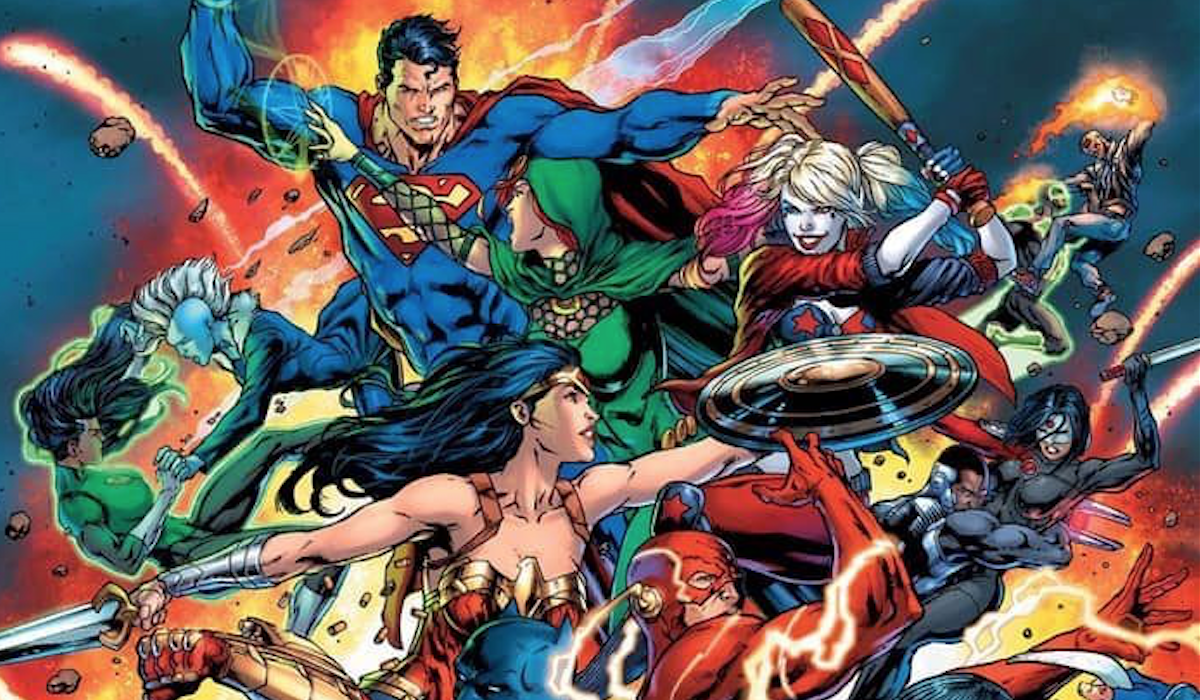 Because Hell to Pay will be set in the same universe as several other DC animated movies, the Justice League, Teen Titans, and Bat Family are already cast with great voice actors. A good way to tell a story from the villains’ perspective is to feature superheroes as antagonists voiced by the same actors as in other films. They’d be in smaller roles, yes, but it would add continuity to the shared universe as well as uniquely tailor the film’s plot to its villain protagonists.

Maybe the Squad is sent to steal something while the authorities are distracted by a superhero/supervillain fight going on in the skies. They could be already in the middle of a successful mission when things are complicated because the Justice League enters looking to take down the force the Squad is stealing from. The possibilities are endless and intriguing. It’s likely we won’t see a Justice League vs. Suicide crossover in the DCEU anytime soon, so it would be nice to see it in animation in the mean time.

1. Be Different from the Other Movies! 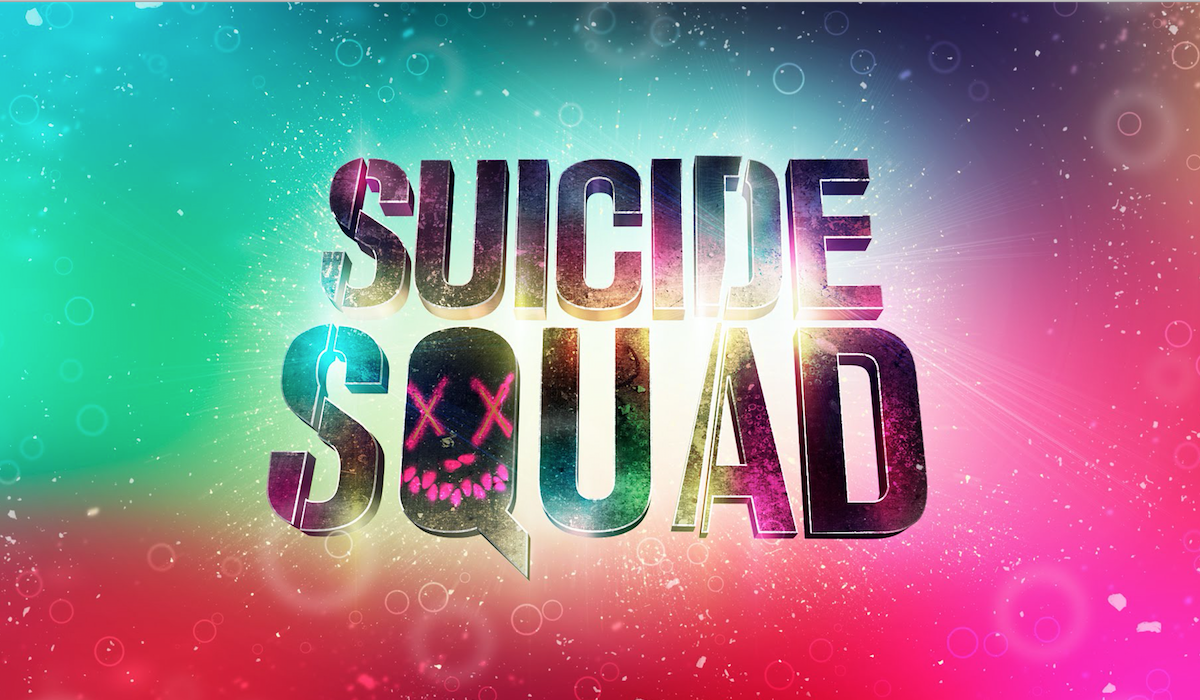 This point is easily the most important. There are a lot of versions of the Suicide Squad out there, and even though the team has a fifty-plus year history, most iterations are very similar. For Suicide Squad: Hell to Pay to justify its own release, it needs to take a bold step in a new direction and establish itself as its own film. Being connected to the other DC animated movies is a start, but it’s not enough. Take advantage of animation and put the Squad somewhere that live-action movies never could. Don’t hesitate to put your characters in mortal danger and have a few not make it through the end. Fans will likely never get tired of seeing the Suicide Squad, but don’t mistake their love for the team as a reason to rest on the laurels of past films and television shows. Be brave! Be bold! (See what I did there?) And deliver the great Suicide Squad movie we’re all hoping for!

What are you wishing for in Suicide Squad: Hell to Pay? Leave an answer in the comments or send us your thoughts on Facebook or Twitter!