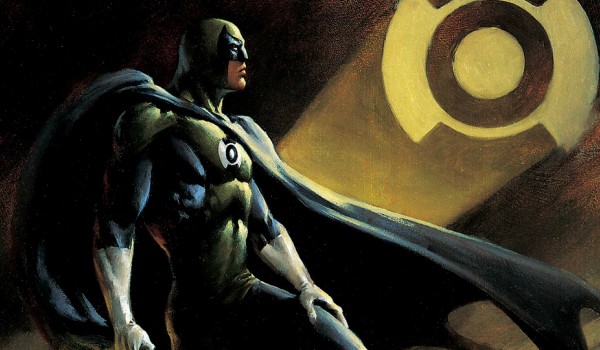 I have a soft spot for Elseworlds stories. Regardless of how well executed they are, they invariably have a strong sense of style and an underlying theme. Continuing titles all too often just go through the motions, and crossovers often become boring, soulless cash-grabs. But Elsworlds require a cohesive concept. It is very hard to transpose a hero to a poorly thought out setting. Some of the stories in this volume are clumsier than others, but all of the worlds are richly detailed, well illustrated, and compelling.

The character of Bruce Wayne himself varies with these worlds, familiar in some, wildly different in others. But there is no better way to uncover the core of what makes Batman who he is then to see him translated into many different settings. Whether he is a Puritan priest, a future freedom fighter or a street-rat turned anti-fascist crusader, there is always a headstrong element to the Batmen of these Elseworlds, an unwillingness to compromise or think twice that often gets the respective Waynes in trouble. Throughout the eight stories in this volume he is defeated or captured several times as a result of rushed judgments. In Robin 3000 he dies, a willing martyr to Alien overlords. These stories get to something that can often be overlooked in the hyper-prepared Batman we are used to, the tension between a brilliant mind and an impetuous, almost suicidal instinct born of trauma.

Perhaps more interesting than the overview of Batman’s essential characteristics in this volume is that over half the stories proffer a Batman as concerned with combatting societal injustice as he is with the more visible symptoms of crime. This is especially evident in Houdini/Batman and Batman: Dark Allegiances, both written by comics veteran Howard Victor Chaykin, but Holy Terror, Robin 3000, and Batman: The Blue the Grey and the Bat all have shades of it.

Whether he is bashing fascists and union-busting cops or halting Confederate gold shipments with the help of freed slaves, this radical Batman points to problems with the world usually presented to us by Batman comics. In its focus on crime, the Batman mythos eludes the social evils that put people in the desperate straits that make crime inevitable. The pathologization of crime through institutions like Arkham Asylum only furthers this eliding of the problems’ source. I love Batman and the stories he

On these merits alone, this book is a must read for me, and for anyone interested in what makes Batman Batman. But this would not be a review without at least brief mention of the stories themselves. Some are better than others, but all are engaging, fun reads.

Set in a Puritan nightmare straight out of The Handmaid’s Tale, Batman Holy Terror sees a frocked Bruce Wayne don a demon costume to find out the truth of his parents’ murder. This is a great story, short and with a satisfying ending. It revels in the strange world it has created, especially in its fleeting descriptions of the brutal world that Batman is fighting against. With excellent art by Norm Breyfogle and Lovern Kinzierski, an engaging story and a surprise cameo by half the Justice League, it is a fitting opener to a great volume.

Batman: The Blue, the Grey and the Bat sees Colonel Bruce Wayne called to action by Abraham Lincoln and dons a Bat costume and defends the Nevada mother lode from Confederate agents. The story is bogged down somewhat by a thin, stretched out plot. winking cameos from Mark Twain and Wild Bill Hickok. Still, it’s a fun read, featuring a Native American Robin and a caravan of temperance crusaders that is not quite what it seems.

In Robin 3000, Bruce Wayne XX, Batman of the year 3000, charges his nephew Thomas Wayne with freeing humanity from alien rule. Featuring spacefights and Bondian subterfuge, Robin 3000 suffers from the need to establish a lot of backstory for the alien-controlled future its characters inhabit, and it occasionally slides into the territory of blaming the problems of humanity on a duplicitous other. Still, it’s a half-decent space opera, and the fact that – spoiler alert! — Batman dies in the first 5 pages makes it a worthwhile curio.

Batman/Dark Joker: The Wild is perhaps the weakest story in the volume, confused and hard to follow. Batman is some kind of nature god, fighting against the Dark Joker, who killed his parents. He also has a sister, which is kind of weird. With stilted dialogue and a simple plot, the entertainment value of this story relies on the sheer joy that Dark Joker takes in his villainous exploits. The Batman of this setting is a rather bland, but the art is rather nice, and the medieval fantasy setting, while never fully realised, has its moments. It’s skipable, but not horrible.

After a lull, this volume picks back up with its first Chaykin story, Batman/Houdini: The Devil’s Workshop. Harry Houdini, on tour in Gotham, teams up with Bruce Wayne to crack the case of a rash of missing children, and teaches the Dark Knight a thing or two along the way. Chaykin’s Houdini is a real wit, and Vicky Vale makes a welcome appearance as a crusading reporter. With gorgeous watercolour-like art by Mark Chiarello and a rare portrait of Bruce Wayne finding his crime-fighting sea legs, this is an almost perfect Batman story.

In Batman: Castle of the Bat, Bruce Wayne is Frankenstein, Batman is his monster, and Alfred is a hunchbacked servant. There’s really nothing much beyond that in this take on Batman. Still, Bo Hampton’s art is haunting and evocative in its Gothic flavour.

Though it is furnishes a eye-catching cover, Batman: In Darkest Night is probably the least adventurous story in terms of breaking the DC canon. What if Batman became Green Lantern?  This story posits that he would piss of Sinestro and get a bunch of people killed. The art and story are fairly conventional, but it scores points in its exploration of Bruce Wayne’s singular obsession with his parents’ death and the ways his stubborn streak gets him into trouble. Bonus points for Sinestro’s weird decision to dress up like the Joker and meld minds with Joe Chill.

Batman: Dark Allegiances is the apotheosis of the radical Batman. There is a scene in the second issue where Bruce Wayne, clad in red tinted bat armor, fends off a horde of union-busting cops. This comic is a true re-interpretation of Batman, his mission and his position in the class system. Reconstituted as a street urchin turned industrial design mogul, Bruce Wayne fights injustice and delivers Noir style quips in charming fashion. In 50 quick pages it perfectly imagines an art deco world filled with memorably different versions of the The Joker, The Penguin, Two-Face, and Catwoman. It is a perfect antidote to the reactionary Batman of The Dark Knight Returns. What’s not to love?

Are you a fan of these various interpretations of Batman? Let us know in the comments section or send us a Tweet!