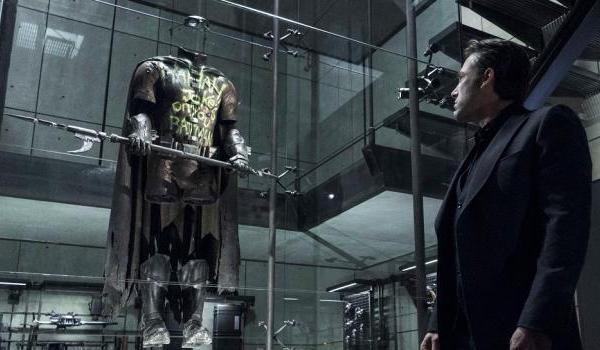 The Batman, or whatever the first film in the supposed Ben Affleck Batman trilogy of films will be called, directed by Matt Reeves, has certainly had its fair share of controversy. Since Affleck signed on to portray Batman in the various DC Extended Universe superhero films, it was expected that Affleck would direct the picture, given his skills behind the camera. Yet, in January 2017, he said he would not direct the film within weeks of having appeared on The Jimmy Kimmel Show to calm the fears of fans that he would not. Eventually, the search began for a new director.

Eventually, it was decided that the film would be directed by Matt Reeves, who had received critical acclaim for his work on The Planet of The Apes franchise in its different forms. Reeves, himself, has expressed enthusiasm for the project, being a Batman fan since childhood, and saw parallels between Caesar, the main character of his Apes films, and Batman himself. Such has given excitement to fans that not only is Reeves committed to the project but he will make a great film. He also said he had ideas for films beyond one movie, which has made fans and the media wondering if Affleck will want to play the character that long.

With so much confusion over differing statements and reports from the studio as well as Affleck himself, it’s without a doubt there will be future Batman films. Any film with Batman in it has always brought the studio a ton of money. Batman Begins, alone, earned $205,343,774 domestically and $359,142,772 worldwide. The studio followed that film up with The Dark Knight, which earned $533,345,358 domestically and $1,001,958,735 worldwide. Finally, The Dark Knight Rises earned $448,139,099 domestically and worldwide $1,084,439,099. Suffice it to say, Batman is certainly one of the most popular comic book characters on film today.

With it a likelihood to expect a new Batman trilogy from Reeves and Affleck, there are likely to be a whole host of different characters that will appear. Here are some characters to expect from the film: 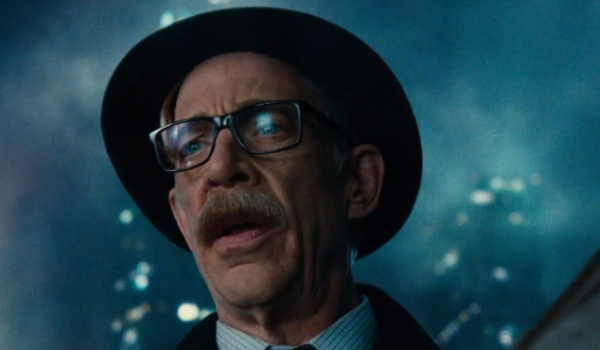 He’s already set to appear in Justice League, played by JK Simmons, and will undoubtedly be in every Bat film Affleck is in. Gordon has been a mainstay of the Bat universe for quite some time as well as a father figure in some versions of the Bat tale to a young Bruce Wayne when he lost his parents. That’s been the case in not only Batman Begins but the uber successful Gotham television show on Fox. In fact, it’s one of the lynch pins of the show. What would be an interesting change to the usual portrayal of Gordon would be to explore the alcohol issues he has sometimes been and who his wife has been depicted as having in the comics.

In Gotham;s third season, Ben McKenzie, who plays the character on Gotham, said his character is somewhat of a sad drunk during the show’s third season. Whether it be him or his wife, it might be fascinating to see them go to the best alcohol treatment centres. With an actor like Simmons following in Gary Oldman’s footsteps, there’s a lot that could be done. 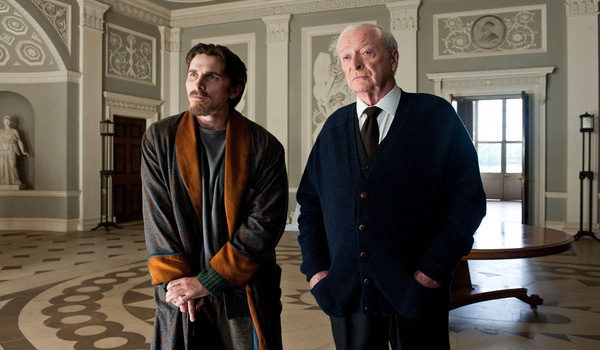 Next to Gordon, Alfred is one of the biggest mainstays in the Batman mythos. Not only is Alfred Pennyworth ostensibly Bruce’s father since he raised the boy into adulthood, but he remains a confidant and ally of Bruce’s in his war on crime. He also remains there as the man’s father in case something wrong happens either in his work as Batman or in the personal life of the man behind the cape and the cowl. Christian Bale and Michael Caine played the scenes perfectly in The Dark Knight trilogy and we got some great acting from Ben Affleck and Jeremy Irons in Batman v Superman: Dawn of Justice. It makes one think about the potential for that throughout a complete trilogy of films. Both actors are strong and have the potential to continue the legacy that was first set between Michael Keaton and Michael Gough in Tim Burton‘s Batman. 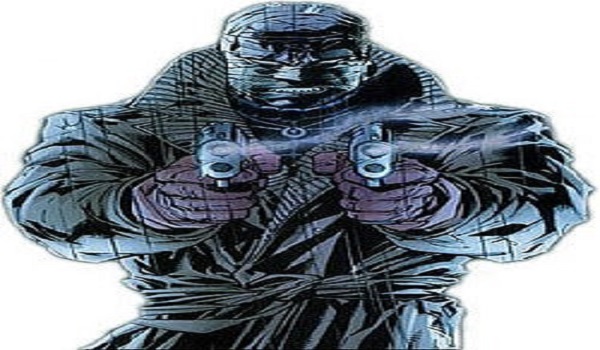 Elliot has never appeared onscreen beyond a quick cameo appearance on Gotham. With a new trilogy of films coming, there’s the potential to explore other storylines outside of the usual Joker or Two-Face storylines that have been shown in the first two iterations of Batman film franchises. Not to say that Jared Leto isn’t a great Joker and would not be an interesting antagonist for the caped crusader, but he could appear in a smaller role and be in it similar to how The Scarecrow was used throughout The Dark Knight trilogy. With Elliot, he not only has a connection to Bruce’s childhood but his storyline is quite good.

He would make Bruce not only question his war on crime but the relationships he has with many of those people who are dear to him. Elliot’s jealousy over Bruce losing his parents and being freed from their influence is perhaps one of the biggest things that make him unique as a character. Given Batman v Superman: Dawn of Justice and Suicide Squad‘s reference of the story of the murder and resurrection of the second Robin, Jason Todd, it would be fascinating to see that point weaved into the Hush storyline as it is in the comics.

It’s been referenced Batman v Superman: Dawn of Justice and Suicide Squad and given Dick Grayson/Nightwing receiving the film treatment, this is the perfect chance for Jason’s story to be finally told on screen. It’s so cinematic with the death of a son and Bruce not being able to rescue him in time that it makes you wonder why filmmakers have not put it on screen yet. While Reeves was given carte blanche on whatever story he wanted to tell, it would be disappointing to not see The Red Hood come on screen. Not only do you have Jared Leto as The Joker in more of a supporting role but yet still important but you can weave in Dick Grayson too with the whole prodigal son connection. With all the potential from the original stories by Jim Starlin and Judd Winick, here’s hoping Jason’s vendetta against Bruce Wayne makes it onto film. 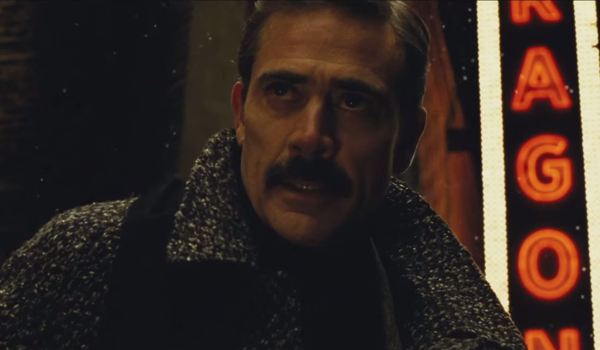 With his likely return in Flashpoint, the first Flash film that will be made and Jeffrey Dean Morgan enjoying the role, it’s likely the character will encounter his father throughout flashbacks in the film. It may be possible they include flashbacks to Flashpoint or references to that in some ways. It would be quite a shame if Reeves did not take advantage of the fact Jeffrey Dean Morgan was such a strong actor. Perhaps, there could be some great childhood scenes that Jeffrey Dean Morgan could show his acting chops in not too dissimilar from the ones Linus Roache had in The Dark Knight trilogy. It would be a shame to not make use of all of the acting talent on display for future Batman films. The new cast is already shaping up to be something special, and with Ben Affleck and Jeffrey Dean Morgan, you want to make use of that. 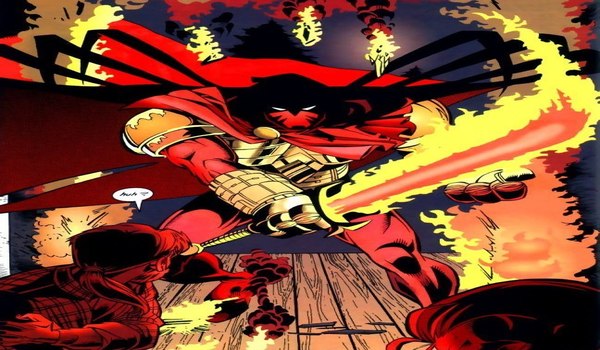 If the Batman franchise wanted to take a complete change of pace, you could have them explore the Sacred Order of St. Dumas and the Suit of Sorrows Jean-Paul Valley wears. After Batman has his back broken in the comics because of Bane, Jean-Paul Valley takes up the mantle of the Bat and refuses to give it up once Bruce has recovered. So, it ends up with the two doing battle. He eventually takes on his own identity of Azrael. It’s an interesting religious and Christian element of the Batman mythos that goes in different directions than the usual Batman story. You could combine this to be one part of not only a trilogy but an overarching story. And if you can get Matthew McConaughey to play the role, then the case for Azrael’s inclusion becomes all the more solid.

The new Batman trilogy is likely to raise some eyebrows if fans are not happy with the direction of the film. Should fans not see new characters, they might be annoyed. With other characters like Dr. Harleen Quinzel/Harley Quinn and Waylon Jones/Killer Croc finally make it onto film in Suicide Squad, it sees filmmakers and Warner Brothers, as a whole, are seeking to finally utilize other characters in the Bat mythos. Here’s hoping we not only see the Gordon family’s need for the best alcohol treatment centers but also Jason Todd’s hatred and vendetta against Bruce Wayne. There’s a lot of things this Batman trilogy could do differently and better than past Batman films have done.

Who might you want to see appear in a trilogy of Batfleck movies? Let us know in the comments section below or send us a Tweet!