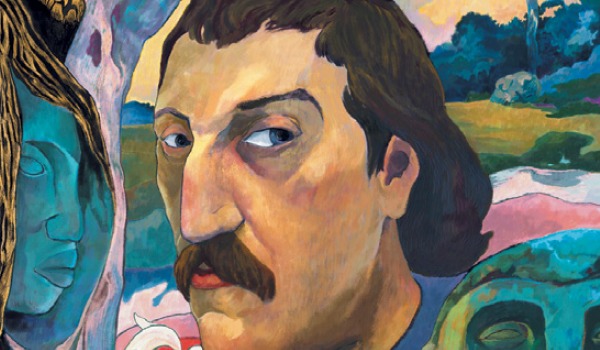 Writer and illustrator Fabrizio Dori makes no secret about how alluring the life of French post-Impressionist artist Paul Gauguin is to story-tellers. Despondent with having his art and himself underappreciated in his native France during his lifetime, Gauguin exiled himself to the island of Tahiti, where much of Dori’s comic Gauguin: The Other World, takes place in. There, freed from the monotonous nature of his previous existence, Gauguin first visited Tahiti in 1890 before remaining there permanently from 1895 until his death.

Gauguin living like something of a nomad is what Dori’s comic relishes in, focusing on his life in Tahiti with only brief, limited flashbacks to his former life in Paris. Here we have Gauguin’s fatal flaw – a lack of objectivity. Gauguin: The Other World is so enamoured with the life and times of Gauguin the reckless vagabond, Gauguin the masterful artist, that those few flashbacks to his estranged family and colleagues are futile. Much of the comic actually concerns Gauguin’s failing health just before his death, his decaying state of mind and body resulting in a traumatic journeying across his life and how he came to live in Tahiti. Even in death, Gauguin: The Other World can’t help but fantasise. 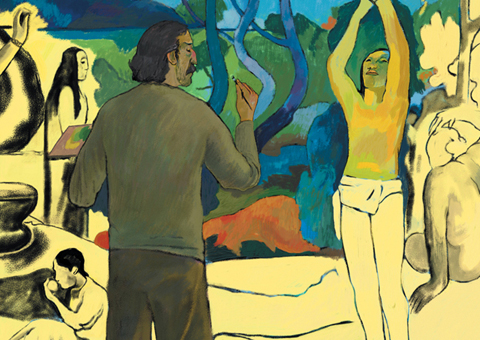 Split mostly between the fruitful, serene Tahiti and Gauguin’s death-induced, nightmarish hallucinations, Dori does an impeccable job in defining both locales’ characteristics. Tahiti is shown to be the perfect canvas for Gauguin to paint his perfect life on. Soft colours hang on the landscapes of the island like rainbow-coloured fog, creating the feeling that you’re lost in a really nice dream. Conversely, Dori does equally an effective job when illustrating Gauguin’s journey into the depths of his mind as he nears his own passing. Trekking through rivers and mountains led by some coma-induced grim reaper-esque spirit guide, Dori delights our eyes with enjoyably uncomfortable images of a bleak, oppressive landscape that’s smothered in thick, swampy yellows and blacks.

Both scenes exude a muscular confidence in giving Gauguin: The Other World a dream-like state throughout. What exactly is ‘The Other World’ portion of the comic’s title referring to? Is it Gauguin’s preferred life in Tahiti? His nightmares? His past life in France? The answer is left unclear, but it feels intentionally so. Gauguin: The Other World‘s preoccupation with the mystical lure of its subject is both its strongest weapon and greatest downfall. It rattles along with visual enthusiasm that has just enough bounce to it to make you overlook its unconvincing hold on its characters. Like Gauguin himself, it’s easy to get lost in the exotic mysteries of this comic.

You can indulge in Gauguin: The Other World via SelfMadeHero. Are you a fan of the artist? Let us know in the comments section below or send us a Tweet!