Home » The Mind Of James Svengal Bursts with Hallucinogenic Beauty 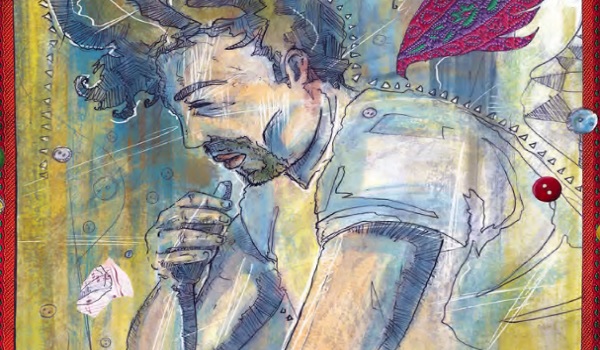 Greetings fans of the sequential art medium, and welcome to another patented comic book review! Today we will be taking a look at Jordan S. Adams‘ The Mind of James Svengal, a massive book that gets into all kinds of heavy stuff such as Post Traumatic Stress Disorder and substance abuse, and their effects on the individual and their relationships. Sounds gloomy, eh? You bet it is, but there is always a silver lining. With that, let’s get started with our relatively spoiler-free review!

Let’s preface this review by saying that The Mind of James Svengal is most certainly not for younger readers as it contains a fair amount of “language” and adult situations, so please keep that in mind if you are going to pick this one up. That said, the book remains largely inoffensive as it examines the subject matter in an honest and realistic way, and shouldn’t be off putting to most mature readers.

Meet James Svengal, a successful artist whose life has been spiraling downward after a tragic accident. One unfortunate night as James was driving home he took his eyes off the road for just a second, and ran down Jennifer Wiseman as she walked across the street. The accident has left Jennifer in a coma, while James embarks on a journey of self abuse brought upon by the weight of his guilt. 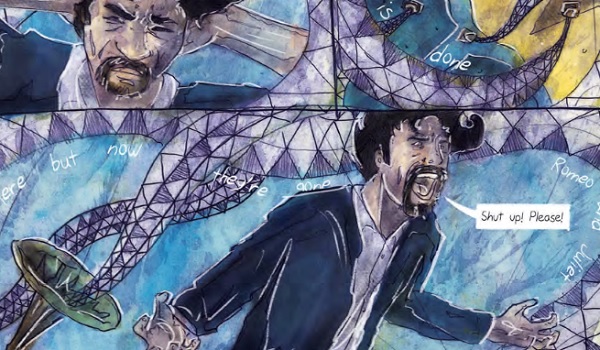 James repeatedly faces scrutiny over the incident from both friends and the media, and his guilt causes him to act out in a variety of ways. His constant drinking has called his public persona into question, and he even resorts to violence when he witnesses a dog get hit by a car and attacks the driver. This scene in particular demonstrates James’ inner conflict and is one of many instances of symbolism in the book. For readers that like layers, The Mind of James Svengal will not disappoint.

Throughout the story, James’ behavior greatly affects his personal relationships as well; most specifically with his fiancee, Beatrix. Their relationship gradually becomes more strained as the events of the story unfold, causing James to inwardly reflect through the use of powerful, hallucinogenic drugs. His dreams and his waking hallucinations drive him towards the conclusion that he is not living his life authentically, and that the guilt he is carrying around is a burden that will be his eventual undoing.

Consumed by guilt and fear, James’ life becomes less defined and the surreal nature of his hallucinations take over. This is where The Mind of James Svengal truly shines as Lyndon White‘s artwork dances fluidly and effortlessly throughout the panels of the book. Combined with Adam’s script, the creative team deliver a tapestry of brutal reality and the horrifying consequences of our choices that could potentially follow as a result of our refusal to face that reality. 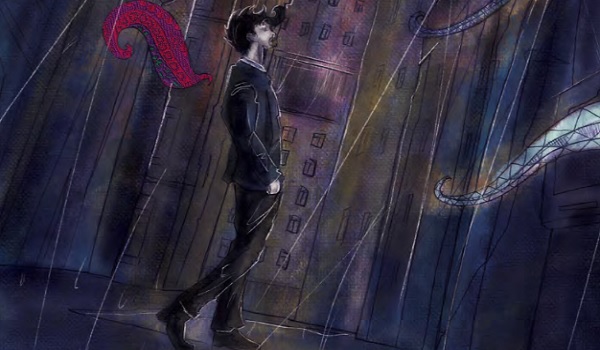 The Mind of James Svengal is full of symbolic imagery, which comes through mostly in James’ aforementioned dreams and hallucinations; however, certain characters also symbolize the harsh reality that resides underneath James’ apparent life of decadence. During the course of the story James interacts with a homeless man named Bert, often having conversations with Bert that would seem typical of two friends. Bert is more or less a reflection of James and the way his inner turmoil shapes his perspective of the world around him, and as the story progresses James’ connection to Bert becomes more evident.

Adams’ script takes a no holds barred approach to the subject matter and there are many layers to explore. Indeed, the story can be enjoyed on a surface level but for those looking to dive into the deeper meanings the rewards are great. White’s artwork is superb and adds a sort of calmness to an otherwise restless story, almost like a strangely beautiful car accident that you just can’t take your eyes off of.

I can easily recommend The Mind of James Svengal to readers of a certain age who like to branch out from superhero-centric books and explore mature subject matter and themes. It also manages to be one of those books that transcends the medium and that will appeal to readers who don’t regularly read comic books, so it’s got that going for it as well. That said, The Mind of James Svengal is an excellent example of how certain stories really benefit from the sequential art medium; it just wouldn’t be as impactful any other way.

To get your own copy of The Mind of James Svengal, head on over to the official Kickstarter campaign. Then, visit Blue Fox Comics’ website where you can check out some of their other offerings.

Will you be diving into The Mind of James Svengal? Let us know in the comments section and on our Twitter page!