Home » To Marvel, With Love: Once More With Feeling, Regarding Black Widow’s Big Screen Debut 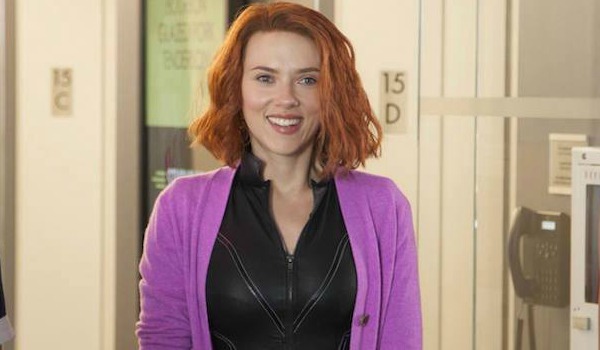 Dear Kevin Feige, Stan Lee and to Whom Else it May Concern,

Marvel, hello again! It’s been too long since I wrote my first letter to you. You’re reply must have gotten lost in the mail. How are the ladies in the MCU doing? Everyone on my corner of the neighborhood is so excited for Captain Marvel. Finally, a superheroine leading a Marvel film, that is, until you push the release date, again, for literally everything else on your movie platter. 2019 will be our year! And how about the Wasp being in the title for Ant-Man and the Wasp? Maybe that means she’ll actually show up this time.

Today, I am writing to you, embarrassingly enough, because of a rumor. I know, I shouldn’t hang around the cyber water cooler listening to whispers. But good God do I like to stay hydrated. Well, I heard from The Verge who heard from Variety that deep in the bowels of Marvel Studios, a Black Widow stand-alone film is in the works. Again. If that’s true, on behalf of thousands of fans, it’s about damn time.

Since Scarlett Johansson has stepped into the role in 2010 for Iron Man 2, I, along with thousands of fans, have championed for a Black Widow movie. And by championed, I mean I personally have said something to that affect once or twice online, possibly fewer times in real life. Even Mr. Feige, you yourself have fueled the Black Widow inferno back in 2016. Oh Marvel, how you tease. I mean, making a movie for Black Widow is a few steps above creating her action figure, but still, I empathize with your struggle.

Although, I am wondering, why now? For years, Marvel Studios has given this character the bum’s rush. Most of her on-screen portrayals are playing second fiddle to someone else. Then, in the one instance Joss Whedon explored some depth to Black Widow in Avengers: Age of Ultron, she instead got an ill-conceived love story and poorly placed, self-deprecating dialogue. It’s not as if Black Widow would be the first Marvel property of her kind. As with the aforementioned Captain Marvel, Jessica Jones has been headlining her own television series for awhile. There was also the ill-fated Agent Carter. So what’s with this resurgence? What has radically changed the minds over at Marvel Studios?

I really don’t know why I poised this as a question, when I have a strong hunch as to the answer, which is… nothing. Nothing has changed over at the Marvel Studios lot. However, over at Warner Bros. Studios, executives are still soaking in the riches from Wonder Woman. Marvel is probably thinking they too can crack the secret code of producing a successful female-centric superhero flick. I don’t think there is one beyond delivering a great movie, but something’s been scaring them off for decades. Most likely, they’ve been hiding under the Super Girl/Cat Woman/Elektra banner. Or, more appropriately dubbed, excuse. Marvel is always tardy to the party.

So it is with a heavy heart I send this. There’s no reason why a Black Widow film has taken so long. And if you think after all these years, we will applaud when it’s eventually announced straight from the mouth that feeds us, eh. We probably will. Though, I’d hate to think it was DC who lit a fire under your asses.

What do you think of a Black Widow solo movie? Do you know to whom I should address this to? Tell me in the comments or send us your thoughts on Facebook or Twitter!