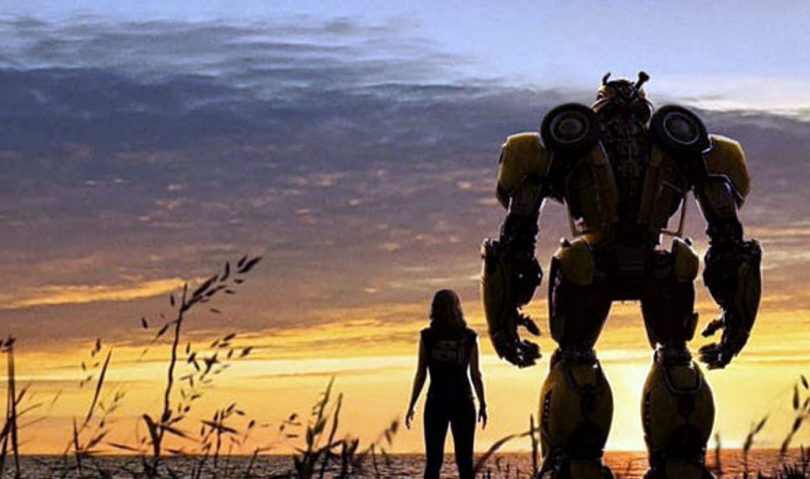 We all know the Transformers movies suck. It’s like watching a landslide in slow motion, and TMZ labelling it as entertainment. For ten years, Michael Bay has unleashed sensory overload upon us with five movies, each worst than the last. We saw iconic characters reduced to mechanized monstrosities. Saw Optimus Prime go from American hero into a violent, bloodthirsty warmonger. Watched the once promising career of Shia LaBeouf implode before our eyes. Transformers: The Last Knight was like surviving a g-force machine whilst on a rollercoaster at the same time. But, it appeared people were getting fed up with the same drivel, and the fifth film was a box office disappointment. Gee, I wonder why?

Then why does the new Bumblebee movie trailer fill we a strange, warm, fuzzy feeling? It feels like hope. Hope that this tired film franchise could either go out on a high note, or open the door for something better.

Bumblebee has been perhaps the only character in the films that hasn’t done anything dumb. Apart from when he peed on John Turturro. That was unpleasant. Still, Bumblebee has carried the little charm of the franchise, and it makes sense he gets his own film. The character was missing for much of the Transformers’ later years after Hasbro lost copyright of the name, and only through the films did he return. And he became hugely popular, appearing in several of the animated series.

Given the quality of the past films, I wasn’t expecting to feel anything like eagerness to see Bee’s film. A prequel to convoluted franchise with no regard for storytelling or continuity. Who would care for that? Well, it looks like Travis Knight did. Making his director’s debut after the success of Kubo and the Two Strings, Knight looks like he is answering our prayers and actually giving a damn. Right away, the trailer leaves quite the impression. There is not one explosion in sight. It’s almost like the other five films never happened, and this is the first Transformers live action movie. Oh, I wish it were!

The trailer definitely reflects a familiar story – one which the first film tried to do – a child meets an alien lifeform, like The Iron Giant or E.T.. An often successful formula, and the trailer focuses on this, emphasised by the speech given by the late Bernie Mac in the first film: “The driver don’t pick the car, car pick the driver. It’s a mystical bond between man and machine.” The film looks to actually have a possible character-focused story. No BS about King Arthur, secret societies, and whatnot.

Hailee Steinfield appears Charlie Watson, a California girl who comes across Bumblebee hiding in a beach town junkyard. I really enjoyed Steinfield in True Grit, and it will be a pleasure to see a talent such as her again. G1 fans will be pleased to see Bumblebee is disguised in his classic Volkswagen Beetle. Well, it is set in the 1980s. Charlie takes Bee back to her home garage, and quickly discovers his secrets.

Rather interestingly, Bumblebee sees quite cautious and afraid around Charlie. Almost like he has never see a human before. This is likely not the case, since he’s been on Earth since at least World War II – unless The Last Knight is no longer canon, and this is a secret reboot? However, another clip shows Bumblebee under enemy fire, so it is possible he is just afraid of humans or something. Still, he seems to find Charlie approachable, letting her touch him. This looks like the beginning of a beautiful friendship, again bringing to mind memories of The Iron Giant. Another thing that should be mentioned, is the wonderful simplicity of the Transformers’ designs. Bumblebee is shorter in size, and his many spikes and jutting pointy bits are gone, now more, well, round. Bee looks like his G1 counterpart, even with the same vehicle mode too. As it always should have been.

Beyond that and watching a montage of Charlie and Bee bonding, and seemingly taking inspiration from The Shape of Water, we don’t know much about the film’s story. John Cena shows up as Agent Burns, a member of the shadowy organization Sector 7, presumably on the hunt for Bumblebee. Other Transformers are confirmed to show up, and the trailer delivers that tease with the surprise appearance of a very G1-esque Starscream! Yes, gone is the stupid jet-bird-Dorito design, and Starscream has his classic design. Since Megatron is on ice, Starscream will likely get his chance to shine. Maybe we’ll get to see is treacherous, backstabbing side, after three movies of sycophantic butt-kissing with no payoff.

Of course, focusing the film on the story and simplifying the Transformers may not be enough to win back the audience. Sure, it actually looks good, and harkens back to the origin of Transformers, but I am taking it with a grain of salt. Michael Bay is still a producer, so it is possible he stuck his oar in the river and tried to paddle the other way from the current. The trailer has Bumblebee catching a crashing helicopter, so there is likely still bound to be some explosions somewhere. I am just glad they aren’t the main focus for now. Still, there is more to this film then meets the eye.

What were your thoughts on the Bumblebee trailer? Did it take you by surprise with its focus, or are you expecting disappointment all over again? Leave a comment below or on our Twitter feed.