Home » From Prose to Art & Stories of Silence: In Conversation with Javi Rey, Artist of Out in the Open 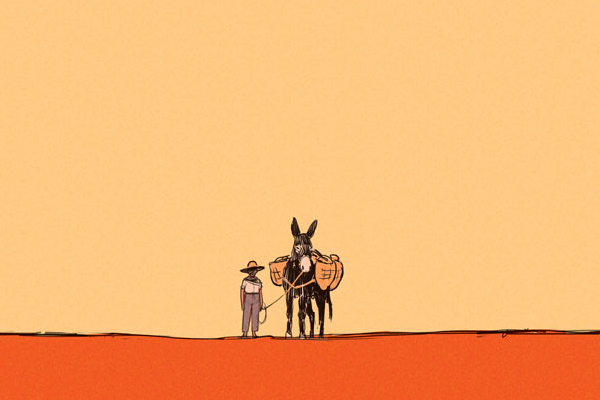 Earlier this year, SelfMadeHero released a comic which, really, was only half-full of dialogue, but was full of piercing, evocative imagery of youthful isolation and dystopia. We found Javi Rey‘s illustration of Jesus Carrasco‘s novel Out in the Open to be a morose yet heartfelt read, and we recently caught up with the artist himself to chat about his work on bringing Carrasco’s novel to life in comic form.

A Place To Hang Your Cape: How did you discover Jesus Carrasco‘s novel and what attracted you to adapt it as a comic book?

Javi Rey: David Hernando, Editorial Director at Planeta Comic, proposed this project to me. Until then I had only done pencils in all my works, except for an anthology, and being able to write my own script motivated me a lot. The proposal came at a moment where I really wanted to explore my capability as a complete author.

I read the novel and I thought it was a really great visual story with solid characters. It started as a “work-for-hire” and I intended it to be a really personal project.

AP2HYC: What was the process like in transforming prose to art? Did the original novel lend itself well to a comic format?

Rey: The first thing I did was read the novel in depth and find out its structure. Once that was done, the next step was to study the comic structure, which was going to be really similar with the exception of some needed changes when adapting from one medium to another.

The most important aspect was to decide the equilibrium between text and image, as well as the role of the narrator. This decision paved the way for everything that came afterwards. It would not have been the same comic if it were done in first person narrative or with more text.

Once structure decisions were made, I began working scene by scene. That’s why I didn’t know how many pages would the comic have until the end. In every scene, the main objective was understanding what I wanted to explain in it. Then I had to divide the information in pages and, finally, work in depth with the graphic narrative. Trying to explain what I wanted to explain by using all the possibilities of a comic.

Out in the Open seems a simple story at first hand, but it talks about a lot of things. Both essential and universal. It is a story of silences, but with moments of great emotional intensity, some of them even brutal. Since the beginning I felt this novel could be told in comic format. As I was reading it, the images appeared in my head since the first page. Carrasco’s narrative voice helped a lot. 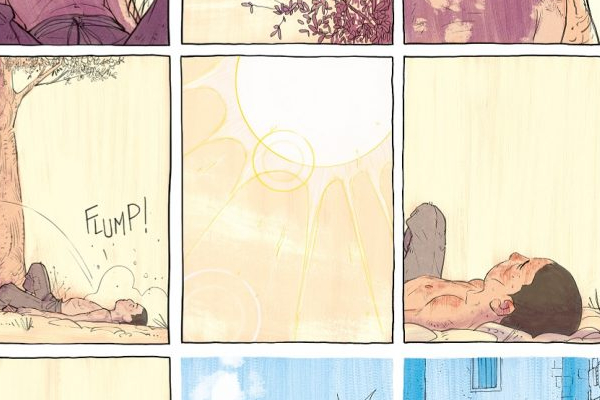 AP2HYC: What might have been the most challenging aspect about the adaptation for you as an artist?

Rey: Trying to be precise and making the story understandable. Both what happens out in the open as well as what happens deep inside the boy. I told myself I would explain it with a minimum number of images, with a lot of ellipsis and letting the narrative breath in key moments. Controlling the time, the rhythm and the boy’s inside feelings was the main challenge.

AP2HYC: Out in the Open carries a lot of dystopian ideas, what was it about the book that resonated with you?

Rey: I think it gave me the believe that in dramatic situations like the ones in the novel, the most rotten aspect of humanity destroys everything. But it is true that even in that mud, one can always find something to hold to.

AP2HYC: Out in the Open balances those dystopian ideas with cautious optimism – how difficult and/or easy was it to convey those ideas visually?

Rey: The story had to convey defeat and despair. Fear and absence of future. By confronting that reality, the boy can “cross the door”. The story had to be tough and don’t give readers any moment of rest, except for those who can hold on, like the boy, until the end. 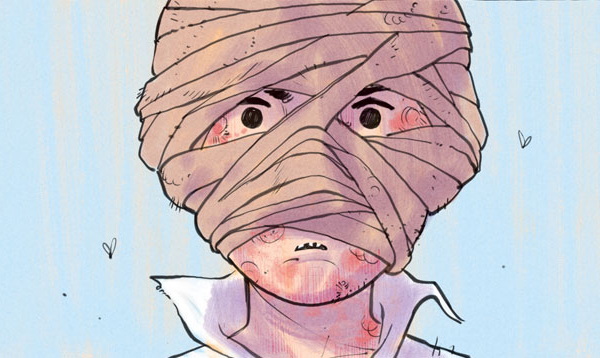 AP2HYC: There’s plenty of passages throughout the comic that are wordless, and rely solely on visuals to carry themes and emotions. Was this a deliberate move in separating the book from the comic?

Rey: It was not deliberate. I was just searching for the way in which, with my tools, I felt comfortable to tell the story. I decided to avoid the narrator to tell the story and use it at the beginning of each chapter, just to place the reader in context, in this harsh and yet poetic universe. But the imagery had to continue the story because images are my tool. The novel is really silent, too, because the characters barely talk. They just talk when it is essential to do so.

AP2HYC: What’s been the most rewarding thing for you to work on this comic?

Rey: I earned self-confidence to face projects as a complete author.

Rey: Right now I’m working as penciller of a four volume series with writers Kris and Bertrand Galic. It tells the story of Violette Morris, a woman who lived the first half of the 20th Century in a really intense way. Volume 1 will be released on October 11th, 2018 in France and it will also be released in Spanish soon. I hope and wish it can be published in English, too!

At the same time, I don’t stop writing and planning other projects on my own, but nothing specific yet. I’ll keep you posted!

You can discover more about Out in the Open from SelfMadeHero. You can also find out more about Javi’s work from his website. Have you already read the comic? Let us know in the comments section below or send us a Tweet!