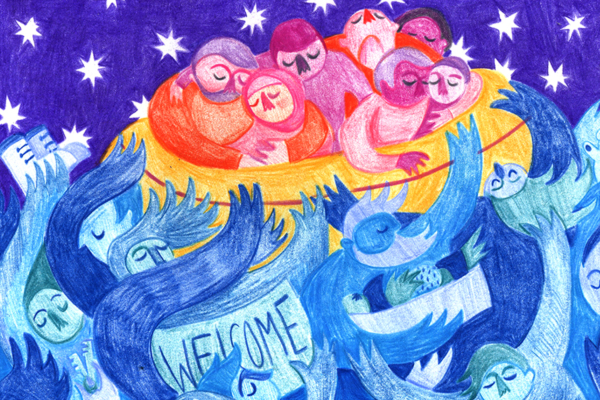 Draw The Line promises do turn despair into optimism. Anthologies containing numerous writers and artists are common place within the indie comic scene, but the bespoke, politically-charged illustrations that make up Myfanwy Tristram‘s Draw The Line gives this anthology a unique, robust flavour.

Inspired by today’s toxic political climate (including Brexit and Trump) and currently crowdfunding through Unbound, Draw The Line is made up of ‘actions’, each one a different drawing by the comic’s 114 artists. Each ‘action’ depicts a movement you can take to help try and make the world a more bearable environment. We caught up with Myfanwy to discuss the inspiration and process in making Draw The Line a reality.

A Place To Hang Your Cape: Draw The Line takes inspiration from the current political climate. Why did you want to encapsulate today’s events in an anthology?

Myfanwy Tristram: So first off – it may come as a surprise to know that Draw The Line doesn’t attempt to depict events. Rather, it aims to provides a handy toolkit of political actions that anyone can take if they are feeling dis-empowered in the current political climate. So, it’s not a traditional anthology where you might see stories from comic artists collected together.

Each artist was asked to illustrate a single action: some did it with a comic strip and others chose to use a single illustration. These were then matched with a short text to explain the action, and links where you can find out how to take the next steps.

But as for why I wanted to do it – it’s because I was feeling pretty powerless myself, as the big world events rumbled on in the news. Like many comic artists, I often have the radio on while I draw, and the news was just full of dissent and division: Brexit, nuclear proliferation, the Trump election, the refugee crisis… it’s very easy to believe that you have no agency at all as these stories come tumbling out. And what could a mere comic artist do about anything so big?

It seemed to me the answer was to begin at the grass roots, with the actions that are open to anyone who lives within a functioning democracy and doesn’t like what they see.

We started off with a website and we’re now crowdfunding with Unbound to bring it into book form.

AP2HYC: What stories can people expect from the book?

Tristram: Again, you’ll find very few stories. What you’ll get is 120 different ideas for actions that range from the very small (like wearing a badge, signing a petition or calling out hate speech online) to the sizeable (like arranging a march, standing for election or creating an app)- and lots in between. 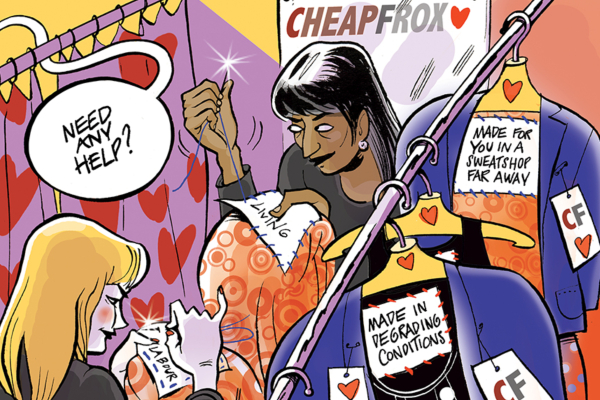 Perhaps the most interesting category is Actions Where You Can Have Fun While Doing Good, which includes some of the most unusual ideas – like Become a Raging Granny (illustrated by Rachael Ball). Raging grannies are elderly ladies who use their innocuous looks to gain entry to events such as arms fairs and shareholder meetings, and then cause havoc.

Or there’s Shop Dropping (depicted by Kate Charlesworth) in which, unlike shop-lifting, you actually *leave* something in a shop… like perhaps a note pinned to a jacket to explain that it’s been created in sweatshop conditions. I should mention that the actions which are potentially illegal are all clearly flagged!

AP2HYC: What was it like bringing the various artists and writers together to work on Draw the Line?

Tristram: Draw The Line would have been a much smaller project if it wasn’t for an extremely lucky connection. When I floated the idea on Facebook, someone put me in touch with Karrie Fransman, who has the biggest, bulgiest book of contacts in UK comics.

She was really generous with ideas, time and those contacts, and thanks to her lots of big names came on board – like Dave McKean, Lucy Knisley, Steven Appleby, Fumio Obata, Katriona Chapman, Hunt Emerson, Hannah Berry, Woodrow Phoenix and many, many more.

The comics community is really tight so as a few signed up, they spread the word and we grew more and more – it was amazing opening my email each day to see messages from people I’d held as comics heroes! And there are many international artists too – loads from Finland, some from the US, Australia, France, the Netherlands and beyond.

The whole project was managed online, with shared Google docs to brainstorm the actions each person would illustrate, and logistical discussions happening through Facebook and email. At that point I was lucky enough to get some admin help from Simon Russell, Zara Slattery and Graeme McGregor because it was starting to be too much work for one person. 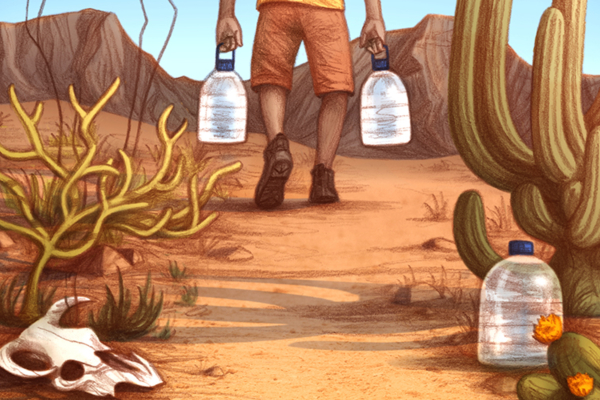 AP2HYC: What was the process like condensing today’s complex social/political issues into the comic’s two-page instalments?

Tristram: We began by brainstorming actions on a shared Google document. This was useful, because it meant that we had a multiplicity of different ideas, not just my own set thoughts about what constitutes a political action. To ensure that what we were suggesting was genuinely a useful and beneficial action, we checked in with scores of charities working in the areas we’d earmarked, to make sure that our suggestions aligned with their own advice.

Once we had more than enough ideas for actions, we allocated them to the artists. This was fun, because I could use my knowledge of each artist to try and give them an action that would suit their interests or style. Katriona, for example, has always had an interest in Mexico, so she was pleased to illustrate an action about leaving water for refugees crossing the desert border. Roger Langridge’s cartoony style was ideal for a piece about fake news. And Karrie herself does a lot of work around refugees so ways in which to welcome them seemed like a good fit.

AP2HYC: Independent comics often have a creative freedom in expressing ideas and opinions that other outlets may not have. Do you think there’s a healthy amount of political coverage in indie comics?

Tristram: One of the catalysts for creating Draw The Line was seeing the work of Olivier Kugler and Kate Evans. Both show how you can make political points really beautifully and in a compelling way that just pulls the reader in. Then of course all sorts of projects that bring comics and politics together have sprung up lately, like The Nib and Draw Out The Vote.

I must admit that once the penny dropped about what a good medium comics are for getting a political point across, I started to feel a bit guilty about the comics I’ve made in the past that just show fluffy little things or linger on the minutiae of life – but I think I’m over that phase. We need every kind of comic, and we particularly need some good light reading for when politics becomes too much. 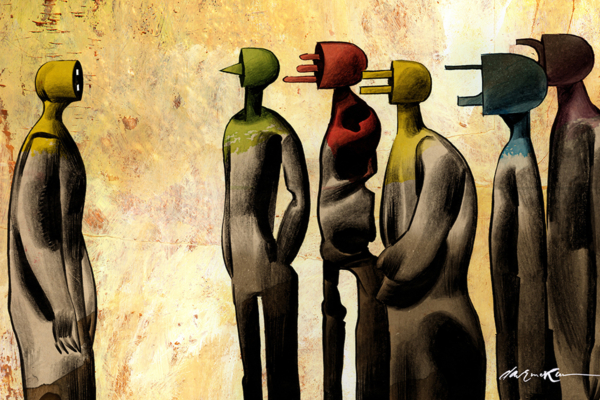 AP2HYC: Draw The Line has a message of hope and tolerance, how do you hope the comic can educate people about today’s current climate?

Tristram: The key message is that it’s not hopeless. There are always things you can do when you don’t like the current climate, even if you don’t consider yourself a politically knowledgeable person or if the whole idea of politics bores you stupid.

Comics are such a delightful form that I hope people will come for the pretty pictures, but stay for the hard-hitting political actions. Hopefully they’ll realise that it’s not all about boring stuff like politicians shouting at each other in Parliament, but that there’s an action for everyone.

Rachael House suggests making a zine – what could be a more fun political action than that?

So I hope that people will help us make the Draw The Line book a reality. The great thing about our crowdfunding platform Unbound is that, once we’re fully funded, they’ll get the book into high street stores and far beyond the usual audience of comics festivals and fans that indies can usually only reach.

All the creator profits are going to the charity Help Refugees, so your first positive political action happens right there when you make a pledge. It’s worth checking out our rewards as well, especially if you’re a big fan of any of the artists featured, because you can get original and bespoke artwork, or even commission them to come and give a workshop or a talk.

Have you backed Draw The Line on Unbound? Let us know in the comments section below or send us a Tweet!