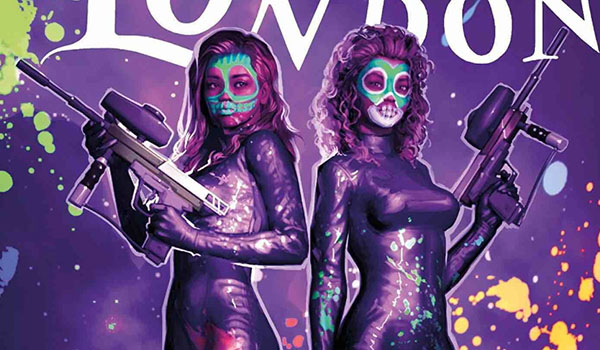 Rivers of London is back with a brand new volume from Titan Comics! The latest installment, Water Weed transports our heroes into the depths of the drug world, but with a magical twist of course. As always, this series dives into a fun urban fantasy filled with mystery and suspense.

Peter Grant, a member of a special task force designated in handling any cases involving the magical, supernatural, and anything in between, and his river spirit girlfriend Beverly stumble upon a cannabis-smuggling operation. At first, the incident seems relatively harmless. But once Peter suspects magic is involved, the two are drawn into the underground drug world currently being run by a new queen-pin – Hoodette. It’s up to the team to discover the identity of this new drug lord before she gets them first. 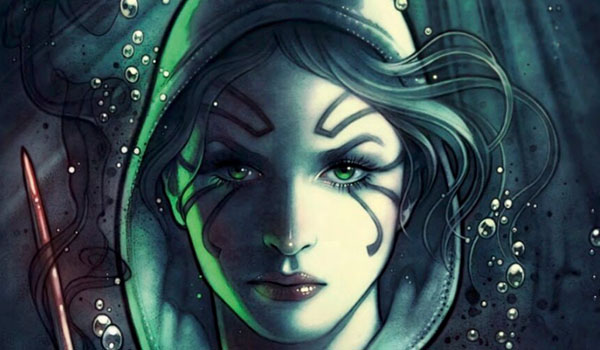 We really cannot say this enough: Ben Aaronovitch and Andrew Cartmel manage to craft amazing mysteries in such small, condensed stories. We are constantly surprised by their endings and Water Weed is no exception. There is a genuinely suspenseful mystery that forces readers to fervently turn the page. It is a true accomplishment that the writers have not only managed to succeed with this volume, but also all previous volumes thus far. Any time you are eager to read a good mystery, you can count on this series to provide.

The other strength of this series is the characters and dialogue. Even if you are not familiar with the book series it’s based on, characters are distinct and clear. Each one has a unique personality, making it impossible to mixup characters. They all have a voice and it’s a refreshing read. It’s fun to be in this world and with these people, even the new ones that are only present in this story.

The art style is consistent with previous installments: its crisp and colorful. Character expressions add to their unique voices, making all of them feel real. Again, even characters that are new to this story in particular have a distinct personality, facial expressions, and posture. It’s this attention to detail that allows this series to shine as a whole.

Once again, we’re thrilled with the Rivers of London series and Water Weed is a fine addition. It’s clever, with a great mystery and memorable characters. Even if you are unfamiliar with the books, the comics are a decent way to learn more about the series. And, if you have read the novels, then you’re sure to enjoy these extra adventures you’re favourite characters undergo. It’s a light hearted series with just enough drama and seriousness to keep audiences interested. If you have a chance, we cannot recommend this graphic novel enough. Be sure to grab your copy today! You won’t regret it.

And, you just may have a chance to read this story for free! We’re partnering with Titan Comics to give away a free copy of Water Weed! Simply follow us on Instagram and like our post to be entered!

You can get your copy of Rivers of London: Water Weed from Titan Comics here! And, if you’ve had a chance to read this fantastic story, let us know in the comments below or on Facebook or Twitter!