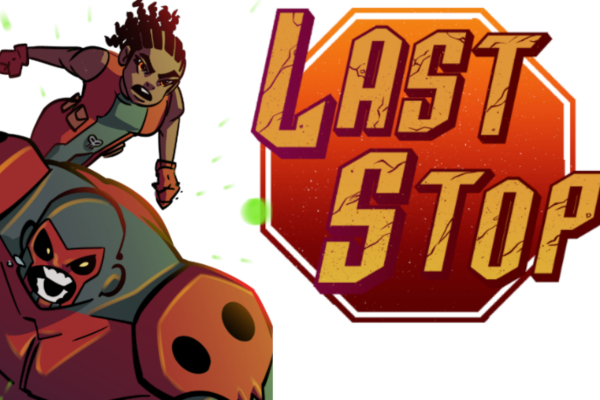 Superheroes are inseparable from the comic book medium, meaning that it can be difficult to bring fresh ideas and characters to the table. However, writer Trey Walker and artist Hoyt Silva are presenting something entirely fresh for readers to enjoy. The duo are currently crowdfunding for their co-created venture Last Stop, a comic that sees its protagonist faced with the return of an old enemy, a cancer diagnosis and a world ready to let go of being protected by superheroes.

The comic can currently be read for free on Webtoon, but Trey and Hoyt are currently looking to print a 200+ page physical edition of this intriguing looking comic that blends action and drama and takes inspiration from the creator’s personal lives. We caught up with Trey and Hoyt to discover more about Last Stop.

A Place To Hang Your Cape: Last Stop can currently be read as a webcomic for free. Why did you and Hoyt want to bring a physical edition to life?

Trey Walker: A physical edition of the book was the plan from the very start. Hoyt and I have been kicking around the idea of doing webcomics for years. The comics industry has been changing so much over these past 10 or so years, and we both feel webcomics are going to play a HUGE roll in the industry… I mean, they already are! We also really like the idea of being able to give something for free for people to enjoy. If they like it and want to support us, they’ll be more willing to throw down when we print it.

Hoyt Silva: I love webcomics and comics alike. I think there’s something special about holding a graphic novel in my hands that makes me feel good as a reader. The webtoon is available for anyone who wants to read it on their phone or PC, but there’s some differences in the book that I think will give people a unique experience that they should check out.

AP2HYC: Last Stop marries superhero fantasy with some very real-world tragedy of the hero having a terminal illness. What’s the inspiration behind the comic itself?

Walker: Well. This is actually more of a question for Hoyt… But here’s my two cents anyway… For Last Stop, Hoyt actually came to me with the original story idea. The characters and what the story would be about. I then took that, disappeared into my little hobbit hole for a day, and emerged with a story synopsis and a book outline on what I thought the story could be. Hoyt liked what I was going for, so I handed him the first 22 pages a few days later.

For me personally, though, the idea of an ageing superhero in a world with no one really left to fight, or cause to serve, what would that do to a person? What would have to come along and change for him to find himself again in the face of such an illness? That’s how I came at it, at least.

Silva: I’ll just get into it. I’ve had several aunts and family members pass due to complications from cancer. Each were heroic to me in one way or another and passed letting the ones around them know how much they cared and what they had meant to them. As an end of ends, I couldn’t find anything more beautiful or poetic. From those life experiences came the inspiration to create the world’s most unstoppable hero and his last stop on this insane ride we call life. 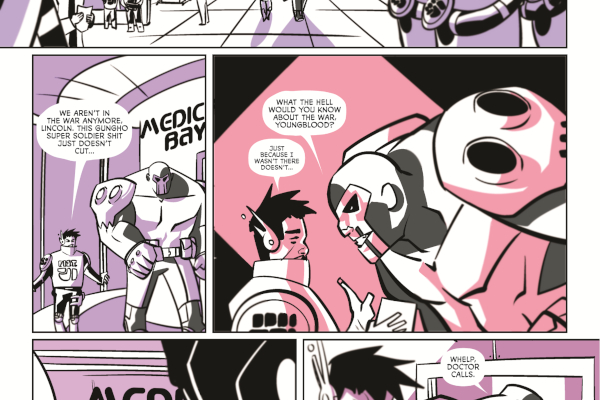 AP2HYC: How will this physical edition differ from the online version?

Walker: That’s a good question! There is going to be a difference between the two. On Webtoon, you have what they call the infinite scroll. That medium is 100% vertical. Hoyt came up with that great little trick of linking everything together through following the little road between panels. That’s unique to the Webtoon version. The physical edition will be laid out in the more traditional comic book format. Other than that, there’s going to be a few different panel changes between the two versions as they each have their own strengths when conveying your story.

AP2HYC: You’ve also got Batman and Spider-Man alumni Brian Stelfreeze writing and drawing a short story, how did he come on to the project?

Walker: This is another question for Hoyt… But again, you’re getting my two cents. Hoyt and Brian have been studio mates for like 8 years now. Brian has been incredibly supportive of us through the past two years as we’ve been working on Last Stop. He’d actually agreed to do a pin-up for us for the book, but Hoyt and I weren’t prepared for what we ACTUALLY got. Without telling us, Brian decided to write and draw that short story for us. We had no idea it was coming and were both emotional wrecks when he gave it to us. The story will be included in and only available through the printed version of the graphic novel.

Silva: Trey pretty much nailed it. Stelfreeze has taught me everything I know about storytelling and illustration. I’ve seen day in and day out for the past 8 years how hard he works and his dedication to the craft. We’ve helped push each other to new heights and I owe him the world.

I had written off long ago when we first started this adventure that I would ever see anyone else draw a story containing our characters. I had hoped to see other people draw the character in pin ups and character art, but never sequentially. When Brian dropped those three pages on me, I almost had a nervous breakdown and proceeded to yell at him repeatedly; “WHAT THE **** BRIAN!” on the phone as I frantically paced around my house trying to make sense of this amazing nuclear bomb he had dropped on our laps. Somehow it had made our characters all the more real to have a storyteller of his calibre step in and take our world for a stroll. 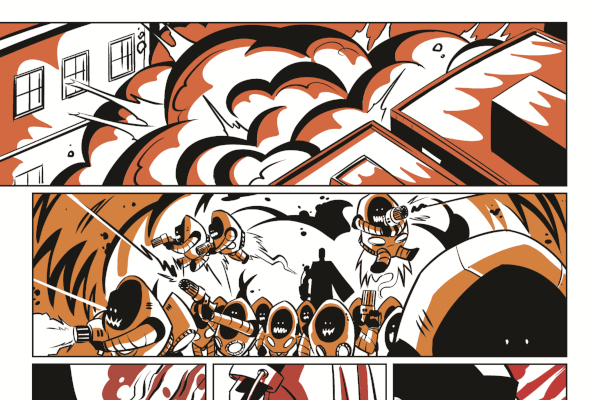 AP2HYC: What would you say you and co-creator Hoyt each bring to Last Stop?

Walker: Hoyt and I make a pretty great team in my humble opinion. More than just being a great “artist” and “writer,” we want to be great storytellers. That means the story comes first. Both the writing and art must serve the story. We’re both good at getting out of each other’s way so we can each do our own thing. It’s the best and quickest way for a story to evolve into something greater than the sum of its parts. The collaboration is one of the things I adore most about making comics.

Silva: Having a creative machine like Trey to bounce ideas off of is one of the greatest gifts about collaborating as a team. I think we do a decent job of pushing each other out of our comfort zones in order to go for something more than we could do individually. He takes care of what happens and I handle what the reader sees. Together we tell the story.

AP2HYC: What’s been the most rewarding thing for the pair of you in working on Last Stop?

Walker: Oh man… Where to even start… Penning a story I’m proud of. This is my first graphic novel and it’s a whopping 175+ pages. That’s more than double a standard-length graphic novel! The response from people we’ve gotten through Webtoon is up there too! If you told me I’d wrote something that had over 100,000 views a few years ago, I’d have laughed in your face! And I’ll end it on this, Hoyt and I have been knocking around ideas and planning possible stories since 2012. This is us, as a collaborative team, coming out and saying, “WE’RE HERE!” We’ve got tons of stories to tell and Last Stop is only the tip of the iceberg!

Silva: I try my hardest to get out of the way of a story itself as an artist and I think the biggest reward is having people come talk to me about the story of Last Stop. I get compliments on the style and that’s always awesome, but when people come to chat with me about a moment, a character, or the story in general that’s when I feel like I did my job right. Last Stop has given me various moments like this with fans, fellow creators and friends alike and I think that takes the cake for me as the biggest reward.

You can discover more about Last Stop via its Kickstarter campaign. Don’t forget to tune in next Monday when we’ll have a more in-depth interview with artist Hoyt about the comic’s visuals. Have you already backed Last Stop? Let us know in the comments section below or send us a Tweet!